Chart of the West Indies And Spanish Dominions in North America. By A. Arrowsmith. 1803 . . . Additions to 1810 information: 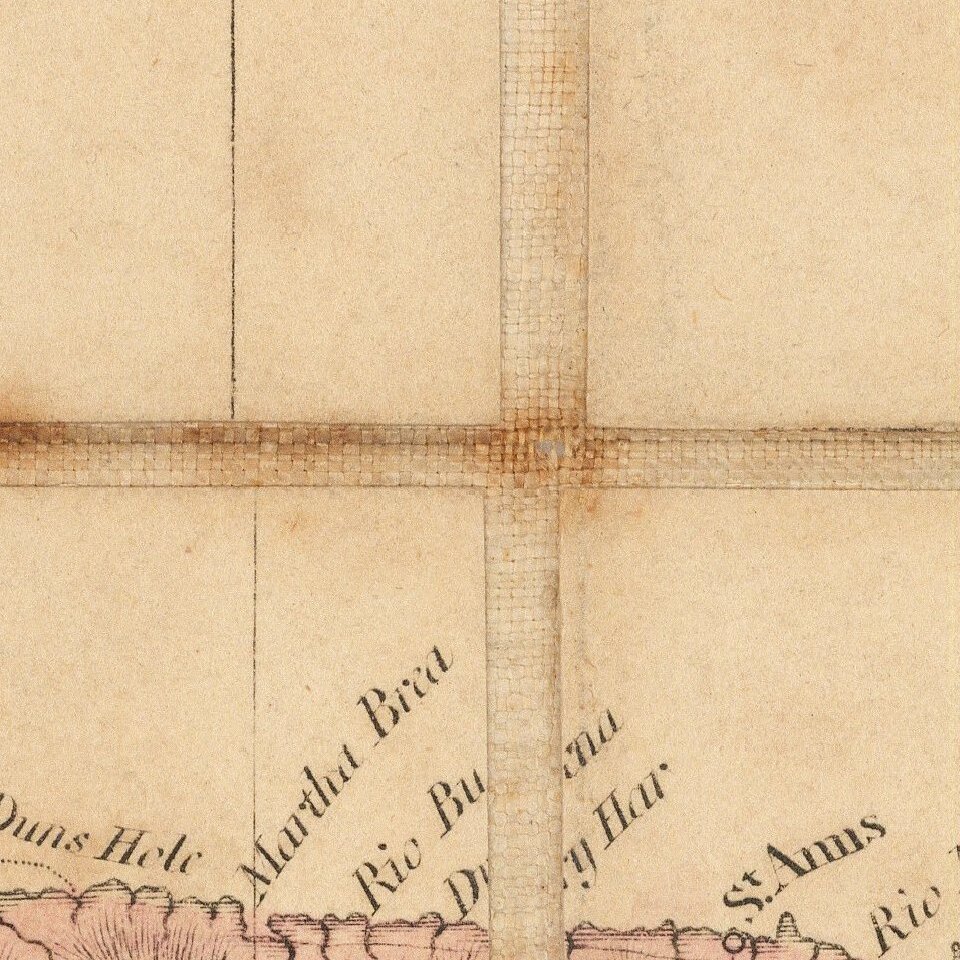 The Best Early 19th-Century Map of Central America and the Caribbean.

The map contains a detailed treatment of the Gulf Coast and East & West Florida, based in part on the surveys conducted by De Brahm and Romans just prior to the American Revolution. Streeter notes that the coastline follows generally the Carta Esferica of 1799, but with the longitude of Sabine Pass nearly correct, unlike the Carta Esferica. The map presents a highly detailed look at the region on the eve of the War of 1812, at a time when England still had significant colonial interests in the region.

Canals proposed to be cut by the Spaniards in 1528.

In the Caribbean, Arrowsmith frequently names "Rochfort" as a source for his information on the islands. This refers to Charles de Rochefort's 1658 book Histoire naturelle et morale des iles Antilles de l'Amerique.

This is the third state of the map, representing the first state of the second edition, in which the copper plate has been cut down, removing the image at the west side The map now goes as far west as Matagorda Bay, Texas, and the Gulf of Tehuantepec.