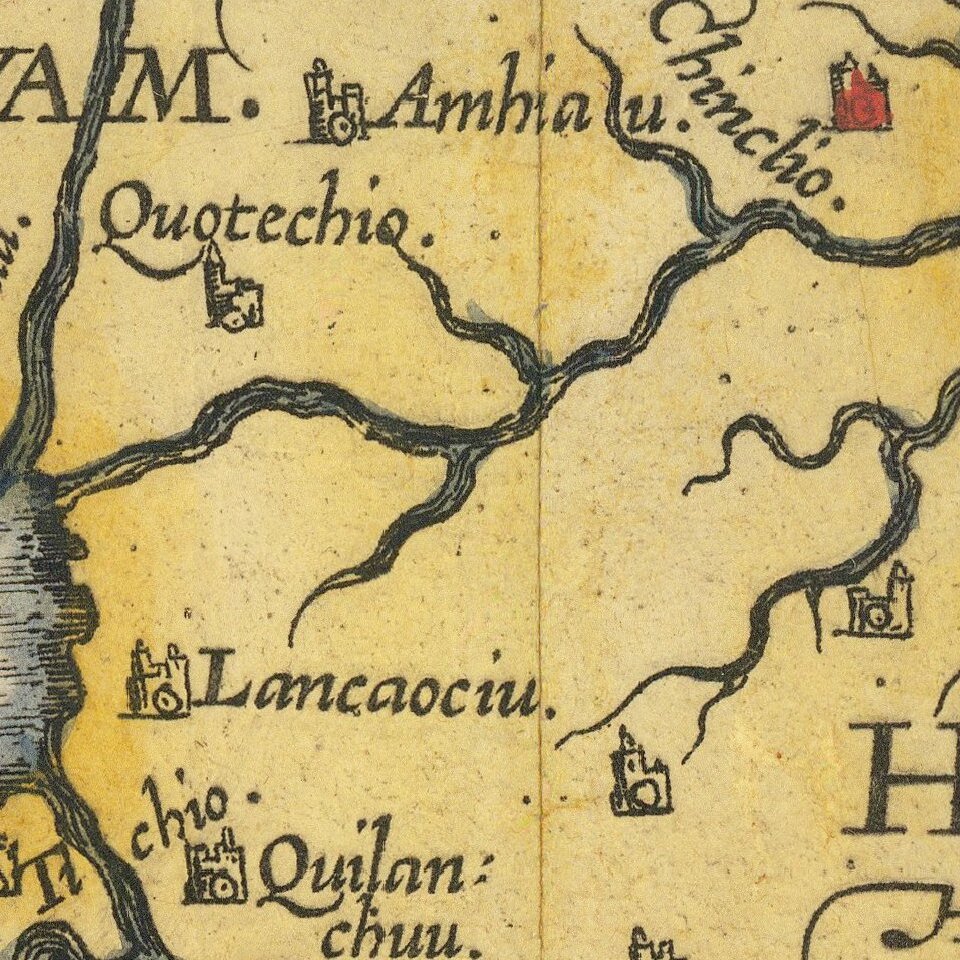 Fine example of the second state of Ortelius' map of China, the first western map of China.

Ortelius' map of China is taken directly from reports of the Portuguese mapmaker Luis Jorge de Barbuda (Ludovicus Georgius), who made a manuscript map of China which reached Ortelius via Arias Montanus. First published in 1584, Ortelius' map of China is the earliest printed map to focus on China and the first to illustrate the Great Wall of China. Tooley referred to the map as the standard map of the interior of China for over sixty years. With its three lushly designed cartouches and many illustrations of indigenous shelters, modes of transportation and animals, this is one of Ortelius's richest engravings.

When this map appeared, it was by far the most accurate representation of China to appear on a printed map. Japan is shown on a curious curved projection reminiscent of Portuguese charts of the period with Honshu dissected along the line of Lake Biwa. The Great Wall is shown, but only a relatively small section, its length is significantly underestimated. The Tartar "yurts" are dotted across the plains and steppes of Central and East Asia.

There are 3 states of the map: