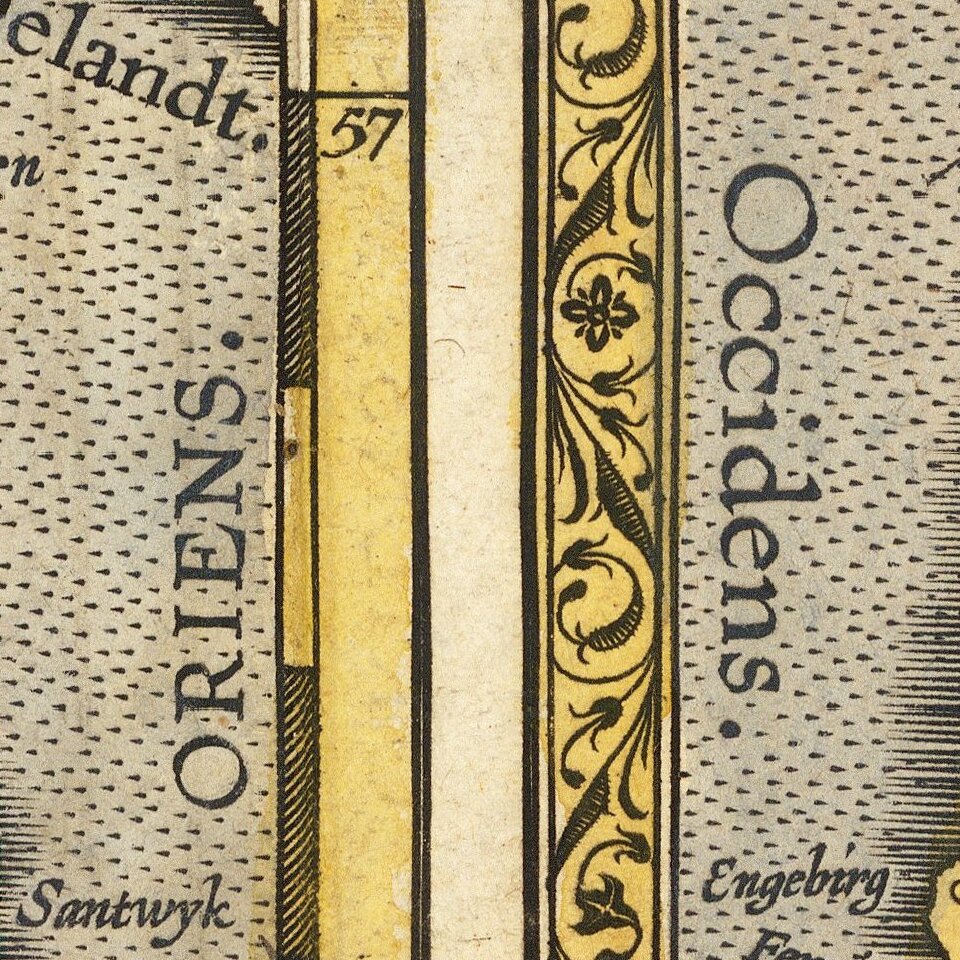 A nice full color example of Ortelius maps of Denmark and Jutland, along with Fiona, Alsen and Langeland.

This is Ortelius' third map of Denmark, first issued in 1595. It shows many more details within Denmark and was improved cartographically as well. Printed on one sheet, the second map is a special map of Jutland. From Ortelius' Theatrum Orbis Terrarum, the first modern Atlas.

In 1564, Ortelius published his first map, a large wall map of the world titled "Typus Orbis Terrarum". Today the map is known in only one example. Between 1564 and 1570, Ortelius made at least six single- and multi-sheet maps of his own.