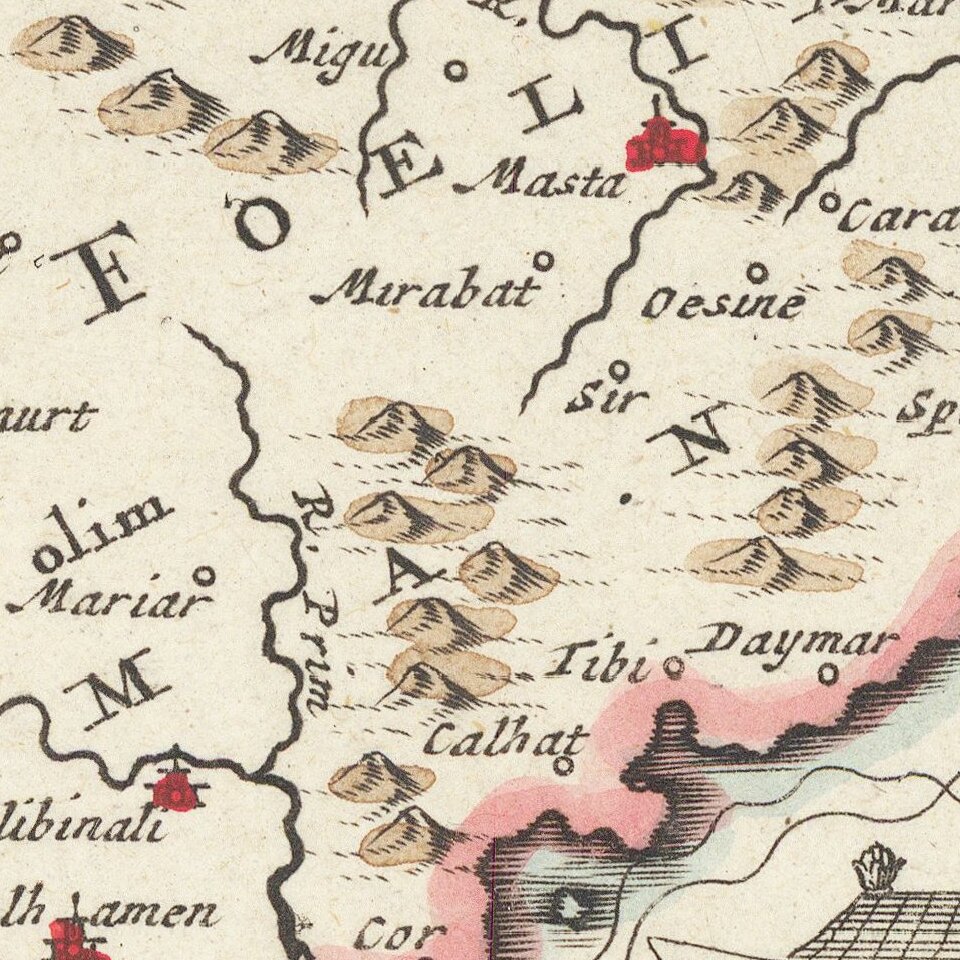 This is an interesting map centered on the Arabian peninsula. The title of the map refers to the (supposed) sixth voyage of Sir Henry Middleton on behalf of the East India Company. The map shows the Arabian peninsula in full, Abyssinia, the Horn of Africa, coastal Persia, and West India. Towns, rivers, and mountains are all shown. An intriguing cartouche shows a battle between a European and Middle Eastern armies and seated soldiers negotiating. It is unclear what this refers to, and the buildings shown are constructed in both Middle Eastern and East Asian styles.

Two islands lie off the coast near "El Catif" alongside a peninsula, possibly alluding to the island of Bahrain and Qatar. Westwards along the coast lies a town marked Bahr, perhaps another confused reference to the island.

What is now known as the Persian Gulf is marked as the Golfo di Balsora. Little etymological work has been done to trace name's history, but the variant "Bassora" coincides with a possible ancient name for Basrah. This is supported by a 1759 source that claims "Balsera" is at the border between Iraq and Arabia, along the Tigris, and still susceptible to tides. Basrah fits this definition perfectly.

The title refers to Henry Middleton's (supposed) sixth voyage, which occurred in 1610. Several lines are shown on the map connect major ports and cities by sea, which appear to be references to his travels.

This sixth voyage was to be ill-fated. After reaching Aden by way of Socotra, Middleton landed at Mocha and was greeted warmly, but was then informed that it was illegal for a Christian to venture so close to the Turkish Holy City (it is uncertain if this refers to Mecca, which is a thousand miles away). Middleton was held prisoner, and then hostage in both Mocha and nearby Sanaa. After he escaped by bribing his guards with alcohol and being transported to his ship in a barrel, he held then held the city hostage with artillery until his men and goods were freed.

Subsequently, Middleton sailed for "Suratte" via Socotra, trading somewhat successfully, before returning to the Red Sea to attempt a capture of an Indian fleet. He then traveled to Sumatra, off the present map. Middleton would die in Sumatra, having just witnessed the destruction of his ship and crew during a fire.

This account of the travels explains almost all of the lines on the map. We see the initial voyage to Mocha, then to "Zenan" [Sanaa], the roundtrip to Asia, chasing of the Indian fleet in the Red Sea, and voyage onward to Sumatra. 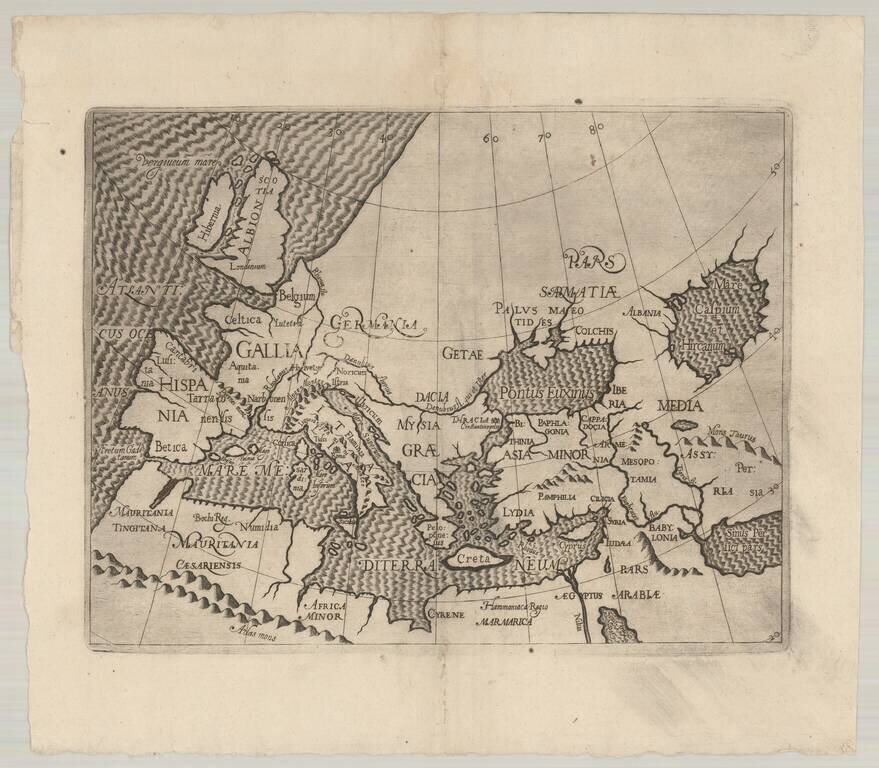 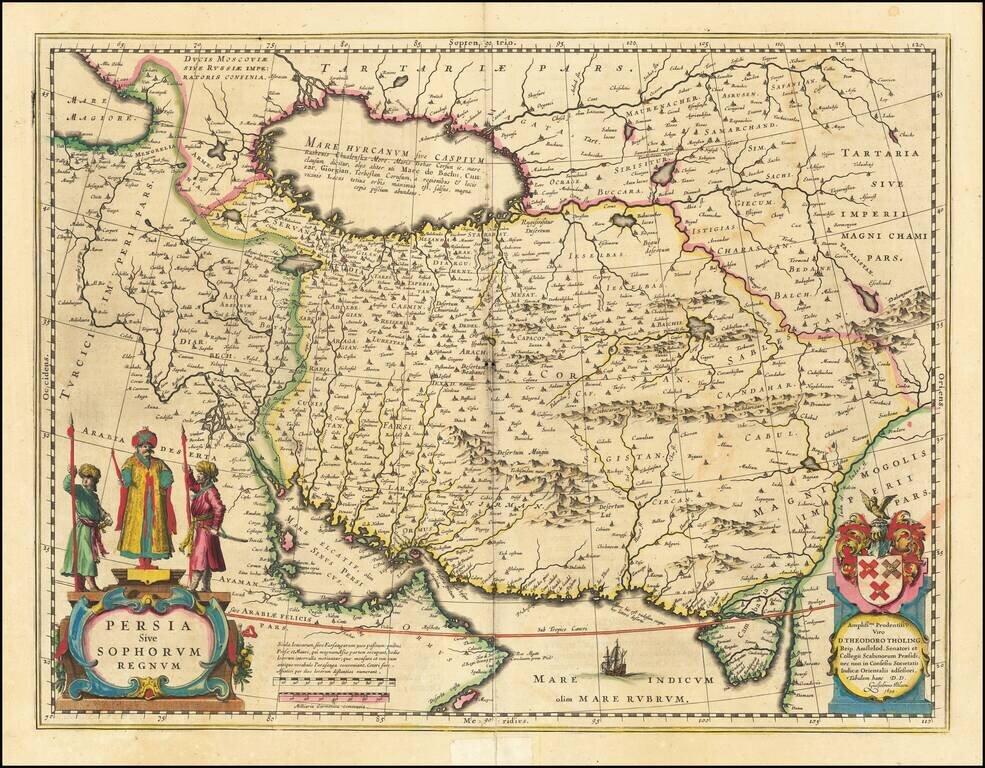