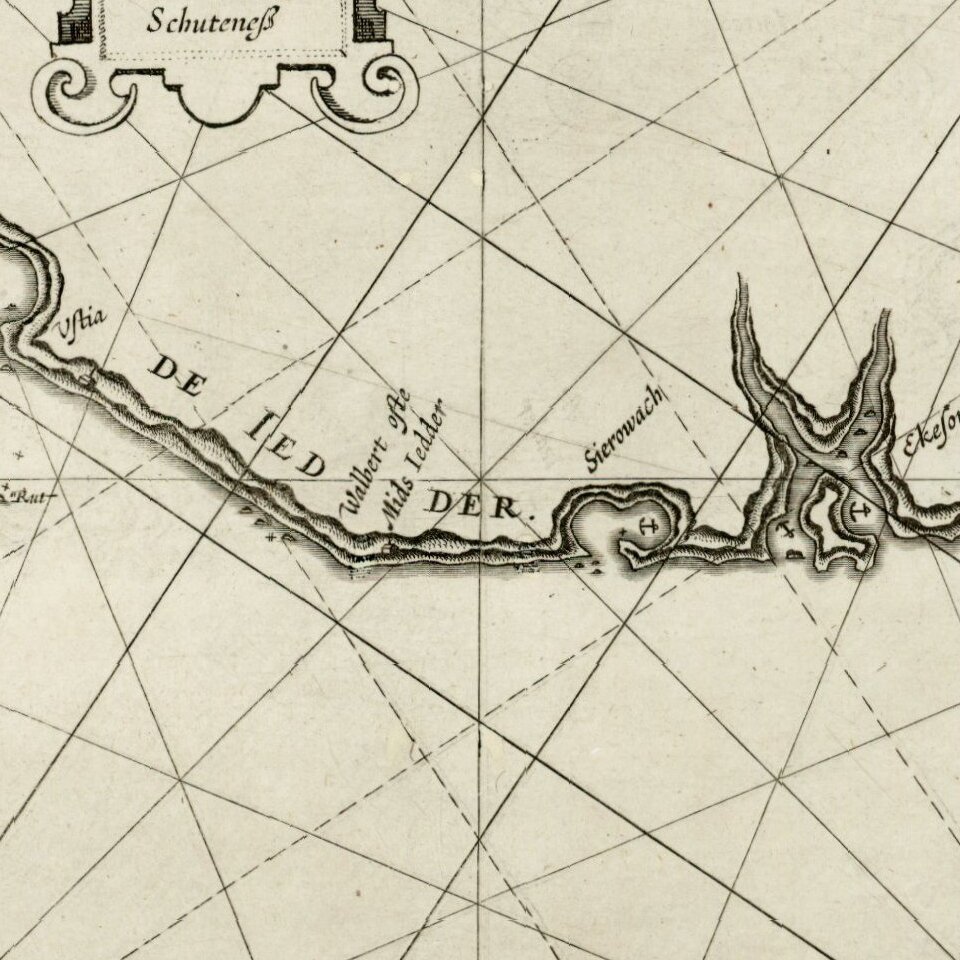 The map shows the area from Stavenger, Egersund, and extending to the modern border with Sweden. Includes extensive soundings, anchorages, rhumb lines and several compass roses.

Blaeu' Zeespiegel was one of the most important Rutters or Sea-Atlases of its time. Willem Janszoon Blaeu published two great pilot guides: the first ( Het Licht der Zee-vaert), was published in various editions and languages between 1608 and 1630. Blaeu's copyright to this work appears to have run out in 1618, and from 1620, Johannes Janssonius was publishing his own versions. Blaeu responded to this threat from his publishing rival by the publishing his Zeespiegel, in 1623. The work covers much the same coastal regions, but does so in much greater detail, with larger scale maps. The Zeespiegel expanded the number of charts to 111 (the Zee-Vaert had only 42).

Blaeu's work would become the proto-type of the Dutch pilot-book in the 17th Century and went through a number of editions between 1623 and 1652. All editions of the Zeespiegel are rare, despite its wide circulation, their constant use on board ship insuring that few copies survived.

Willem Janszoon Blaeu (1571-1638) was a prominent Dutch geographer and publisher. Born the son of a herring merchant, Blaeu chose not fish but mathematics and astronomy for his focus. He studied with the famous Danish astronomer Tycho Brahe, with whom he honed his instrument and globe making skills. Blaeu set up shop in Amsterdam, where he sold instruments and globes, published maps, and edited the works of intellectuals like Descartes and Hugo Grotius. In 1635, he released his atlas, Theatrum Orbis Terrarum, sive, Atlas novus.

Willem died in 1638. He had two sons, Cornelis (1610-1648) and Joan (1596-1673). Joan trained as a lawyer, but joined his father’s business rather than practice. After his father’s death, the brothers took over their father’s shop and Joan took on his work as hydrographer to the Dutch East India Company. Later in life, Joan would modify and greatly expand his father’s Atlas novus, eventually releasing his masterpiece, the Atlas maior, between 1662 and 1672. 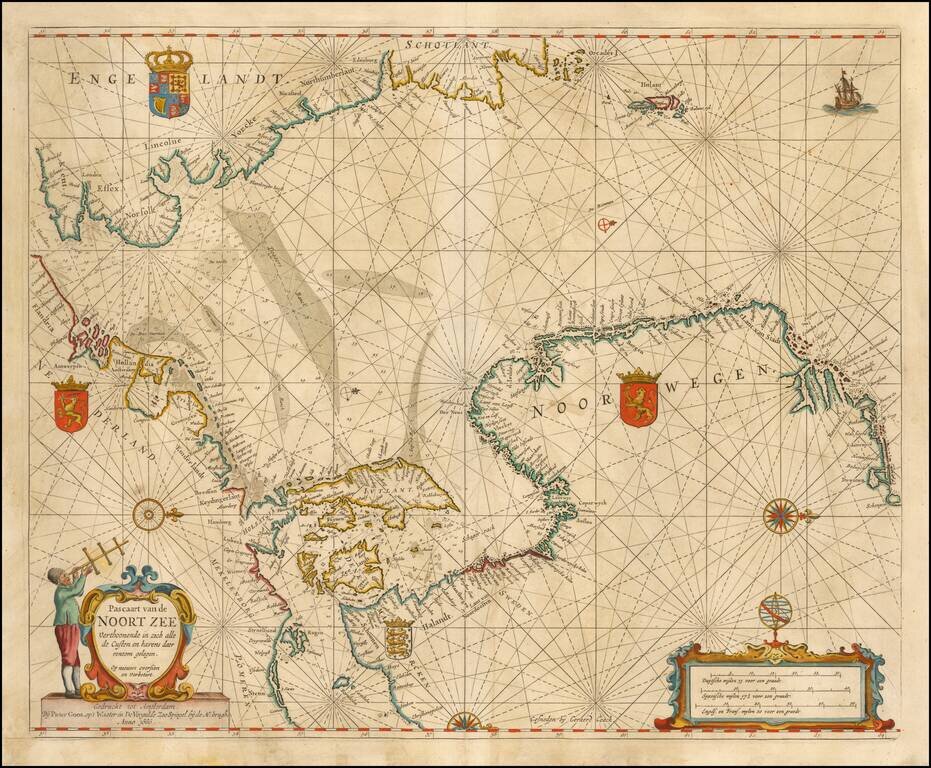 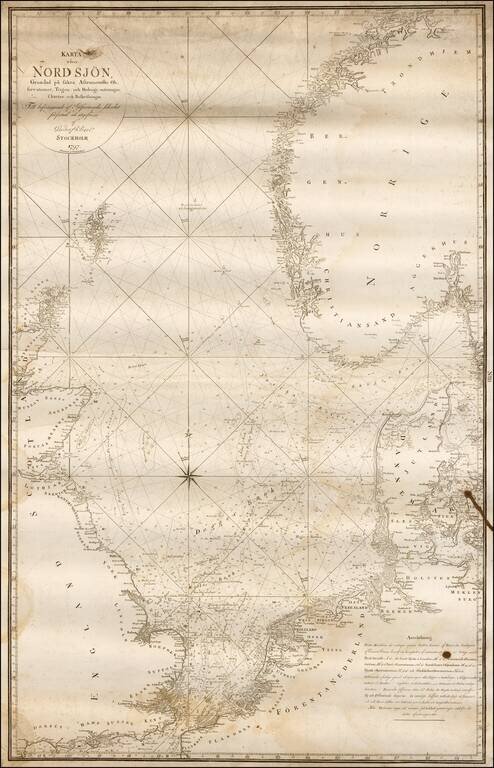 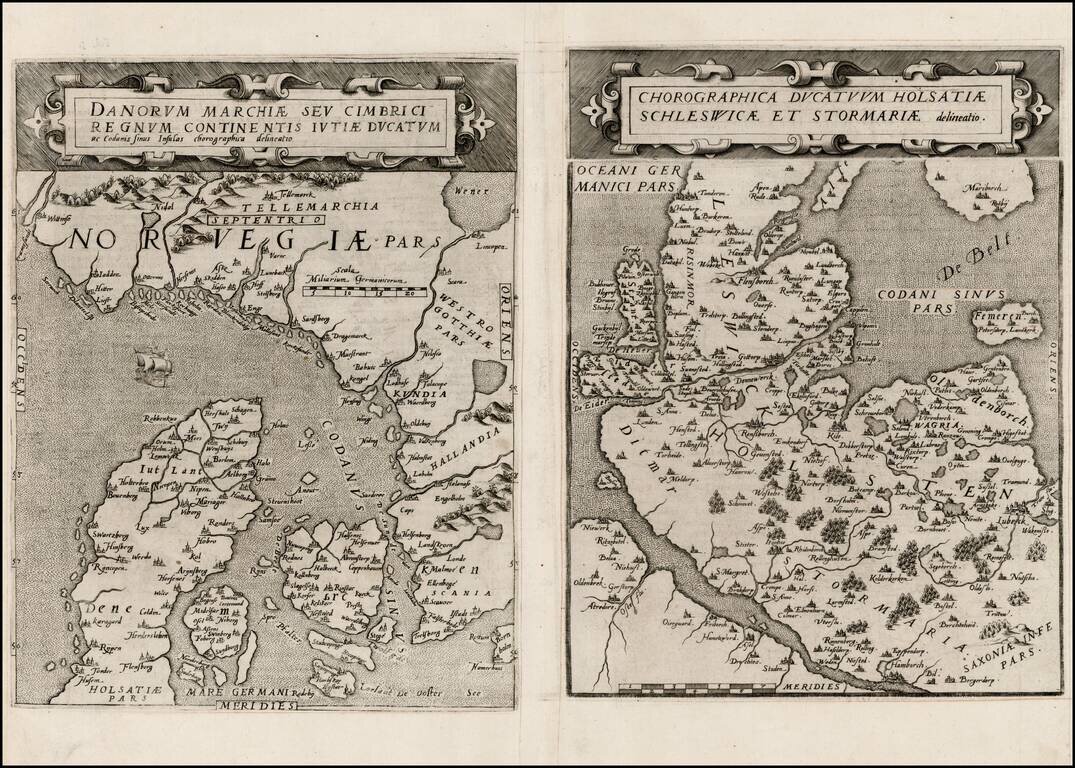