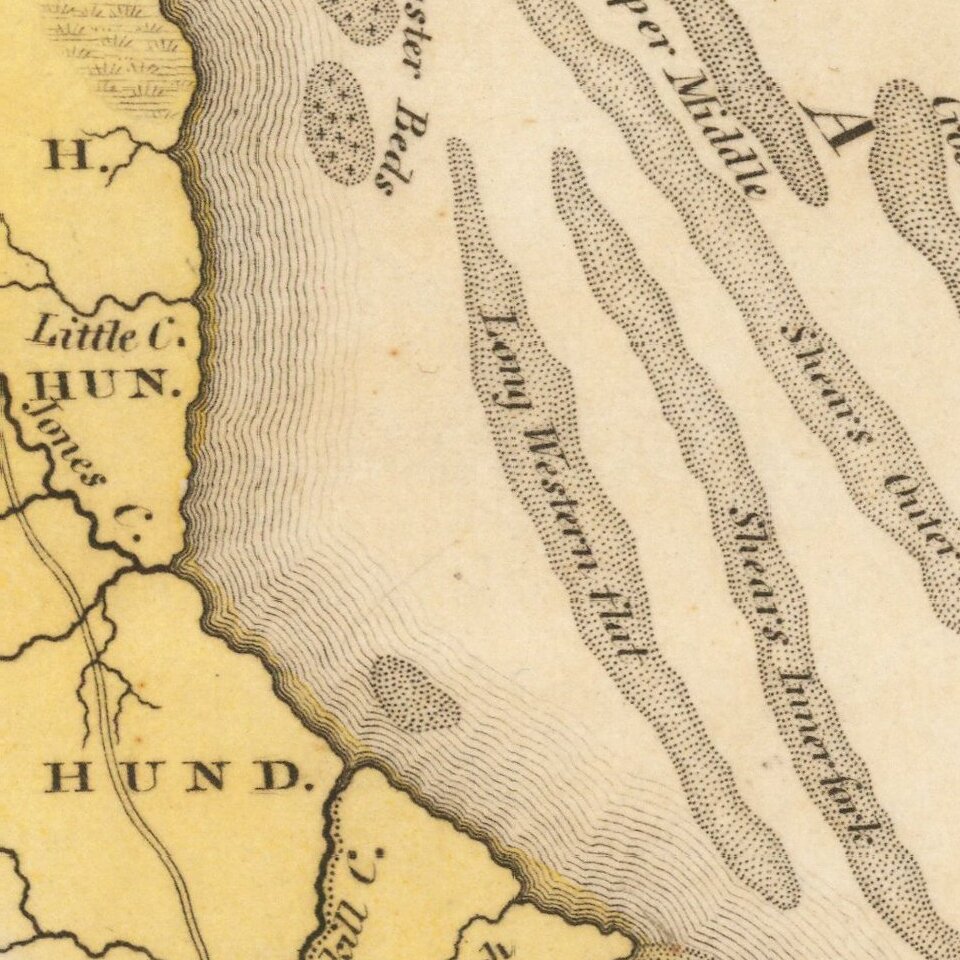 Rare map of Delaware, hand colored by counties and naming the various Hundreds.

Shows towns, roads, political boundaries, and other features. Interesting depiction of shoals, flats and beds in the Delaware Bay.

Striking example of Fielding Lucas' fine work, which distinguished him as the best publisher of the era. Lucas' maps are highly desireable and increasingly scarce. His maps are printed on a higher quality paper than contemporary maps by Carey & Lea and demonstrate a superior engraving quality and more attractive coloring style.