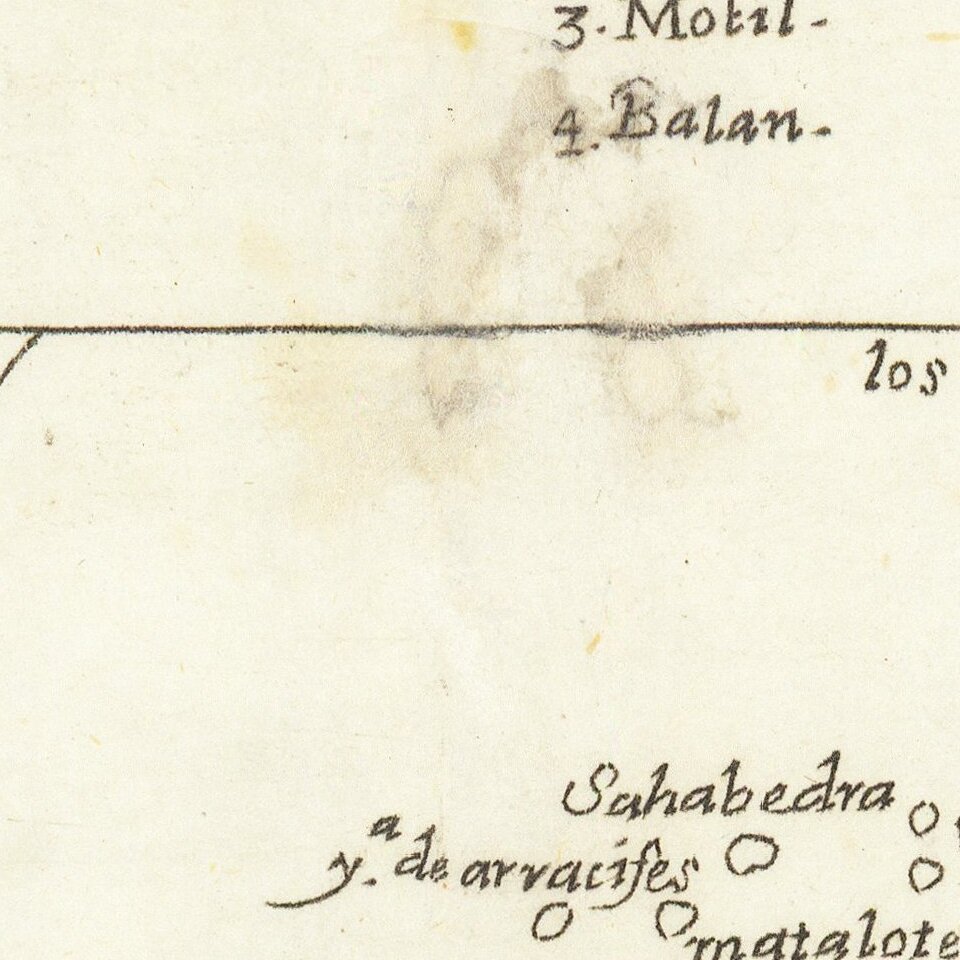 The First Spanish Map of Southeast Asia and The Philippines

The present example is from the second Spanish edition, published in 1730.

Herrera's map is one of the earliest maps to show the region and one of the most unique, coming exclusively from Spanish sources. The work is based on the manuscript charts of Juan Lopez de Velasco dating from approximately 1575 - 1580. Like it's prototype, this example fixes the line of demarcation - established under the Treaty of Tordesillas signed in 1494 between Spain and Portugal, but does so to the great advantage of Spain.

As is typical of Spanish maps published prior to 1750, because of the official Spanish policy of secrecy concerning their Colonies, there is very little detail provided with respect to topography, places and town names. The work depicts China, Japan, The Philippines, the northern coast of New Guinea and the Salomon Islands.

Herrera served as the official historian of the King of Spain, and he produced a substantial history of the West Indies, Central and South America. Originally published in 1601 in Madrid, it was reissued later in several editions and languages. Of greatest importance was the 1622 Amsterdam reissuance. This contained a map of the western seaboard of North America with California presented as an island, most likely the first map to show the area as such.