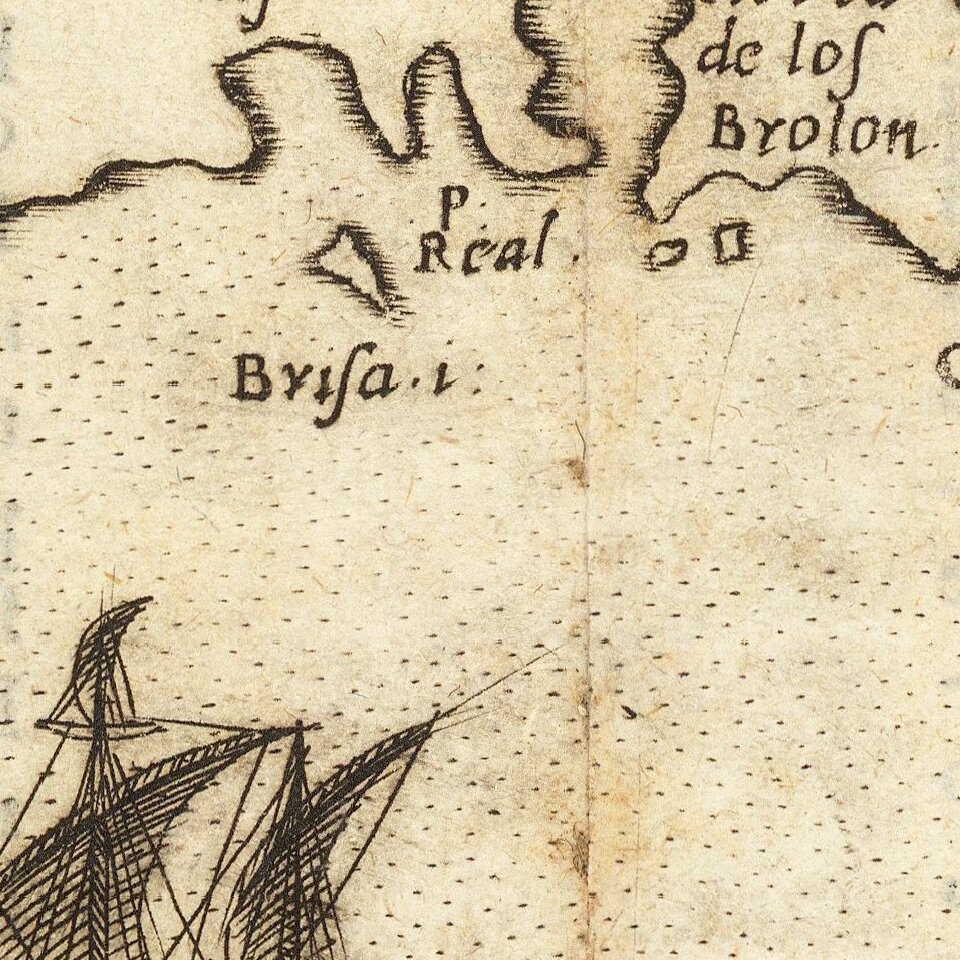 Final state of Ruscelli's map of the East Coast of North America, extending from the Mid-Atlantic to the Canadian Coastline.

The map shows the discoveries of Cartier and Verrazzano. The reference to Larcadia in the map is from Verrazzano and has been determined to be Kitty Hawk, North Carolina, by Morison. Angoulesme (New York Harbor), Flora (Long Island), and P Refuge (Narrangansett Bay), are also from Verrazzano's explorations. Verrazzano originally landed on the coast near Cape Fear, headed south briefly, before turning northward and sailing as far as the coast of Maine, before heading back to France. Tierra De Nurumberg is an early reference to New England.

Ruscelli's map is based upon a 1548 map of the same title, published in Giacomo Gastaldi's, Geografia, and was one of the two earliest regional maps of America (along with Nueva Hispania Tabula Nova). Ruscelli's map is the 2nd earliest map to focus on the East Coast of North America.

This final state (of three), adds a sailing ship and sea monster in the Atlantic.

An essential map for collectors of early American maps.