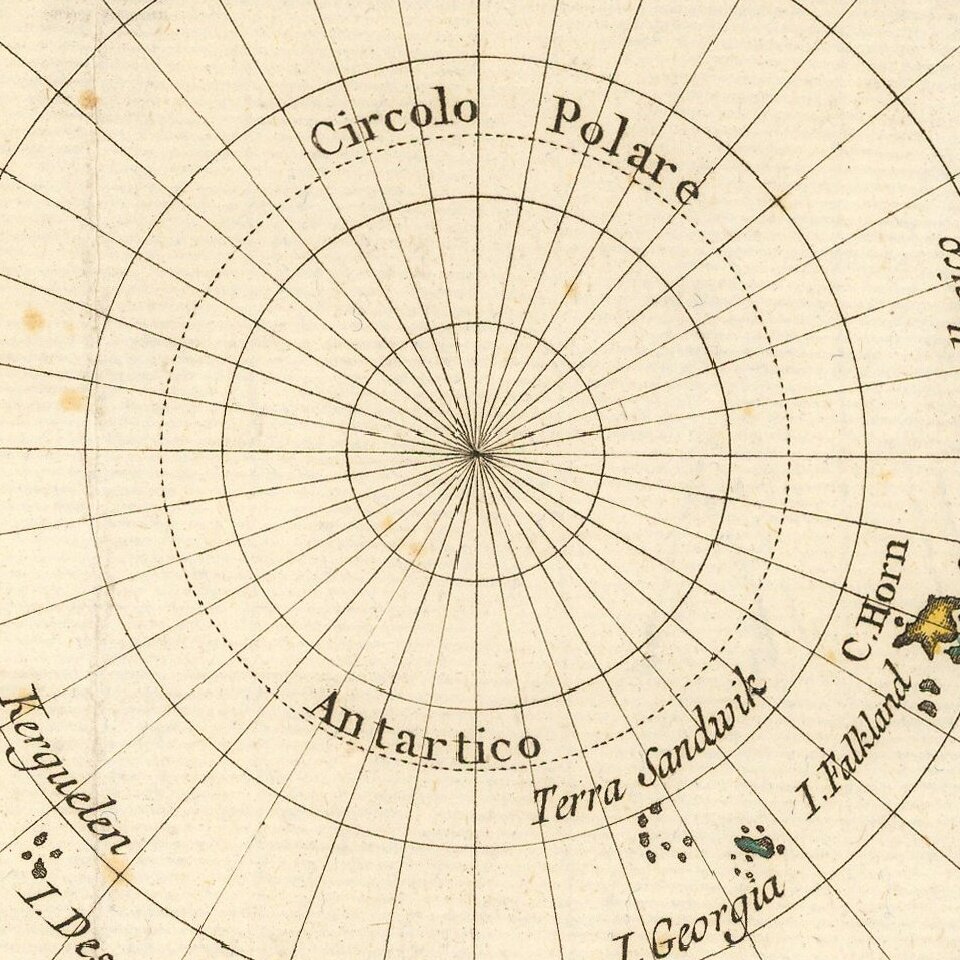 Rare map of the south polar regions, published in Italian,

The map shows the Southern Hemisphere prior to the first discoveries in Antarctica, but shortly after the Voyages of Captain James Cook established a more accurately known coastline for New Zealand.

We found one reference to the map, indicating that that the publisher is La Harpe, and that the work appeared in Compendio della Storia Generale de Viaggi, but have no other information.