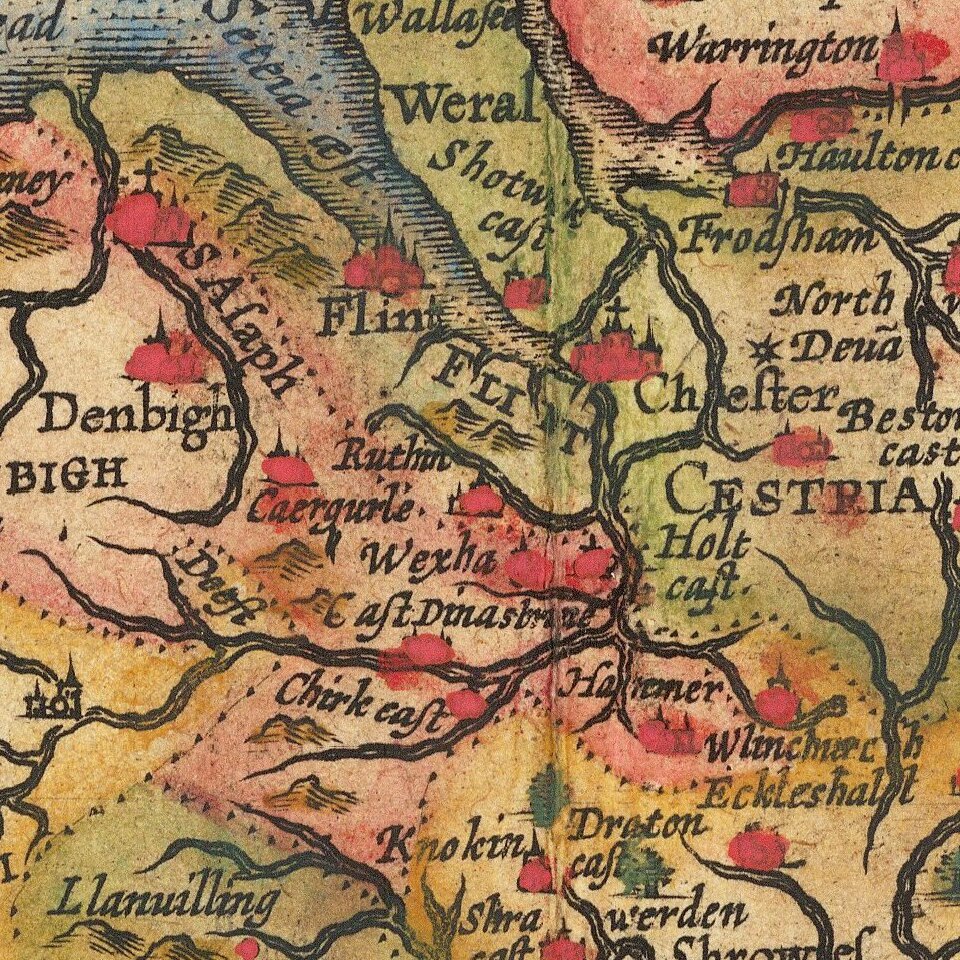 English Edition of Vrients Map of the British Isles

Old color example of Vrients map of the British Isles, which appeared first appeared in the 1606 (English) edition of Ortelius' Theatrum Orbis Terrarum, the first modern atlas of the World

Vrients map is one of the most elegantly engraved and distinctively designed maps of the British Isles to appear in a commercial atlas. In 1601 Antwerp publisher Jan Baptist Vrients, after the great cartographer's death, took over publication of the Theatrum ..., gradually adding new maps, though not necessarily replacing existing plates.

Among the new maps was this of England, Wales and Ireland, with a genealogical table for the English Royal Family, at top right, and engraving, "... of the highest standard with artistically placed sea monsters, galleons, a mermaid, Neptune, and other decorative features" (Shirley). Here in its second state, with re-engraved panel removing the dedication to James I.

As noted in Van Den Broecke, there are 3 states of the map:

Whether the removal of James' dedication and the change in his circle in the tree occurred exactly at the same time is unclear. This information is based on Shirley and a thorough analysis by Arthur L. Kelly, in his essay Maps of the British Isles, England and Wales, and Ireland:

Vrients commissioned two new maps depicting countries in the British Isles for the 1606 English text edition of the Theatrum. The first shows England, Wales and Ireland as well as the genealogy of the English Monarchy from William the Conqueror in 1066 through the date of publication . . .

By the time of the 1609 Latin text edition . . . Vrients had apparently had time to . . . remove all references to James as King of either France or Ireland, thus creating [the final state of the map.]

The text added in the panels reads:

Translation: You, Britain, who have come together wholly under one Ruler, May you also return to one ancient faith.

This English edition, the first edition of the map, is very rare on the market.