1792. [Franklinia] A Map of the States of Virginia, North Carolina, South Carolina and Georgia; Comprehending the Spanish Provinces of East and West Florida: Exhibiting the Boundaries as fixed by the late Treaty of Peace . . .

[Franklinia] A Map of the States of Virginia, North Carolina, South Carolina and Georgia; Comprehending the Spanish Provinces of East and West Florida: Exhibiting the Boundaries as fixed by the late Treaty of Peace . . . information: 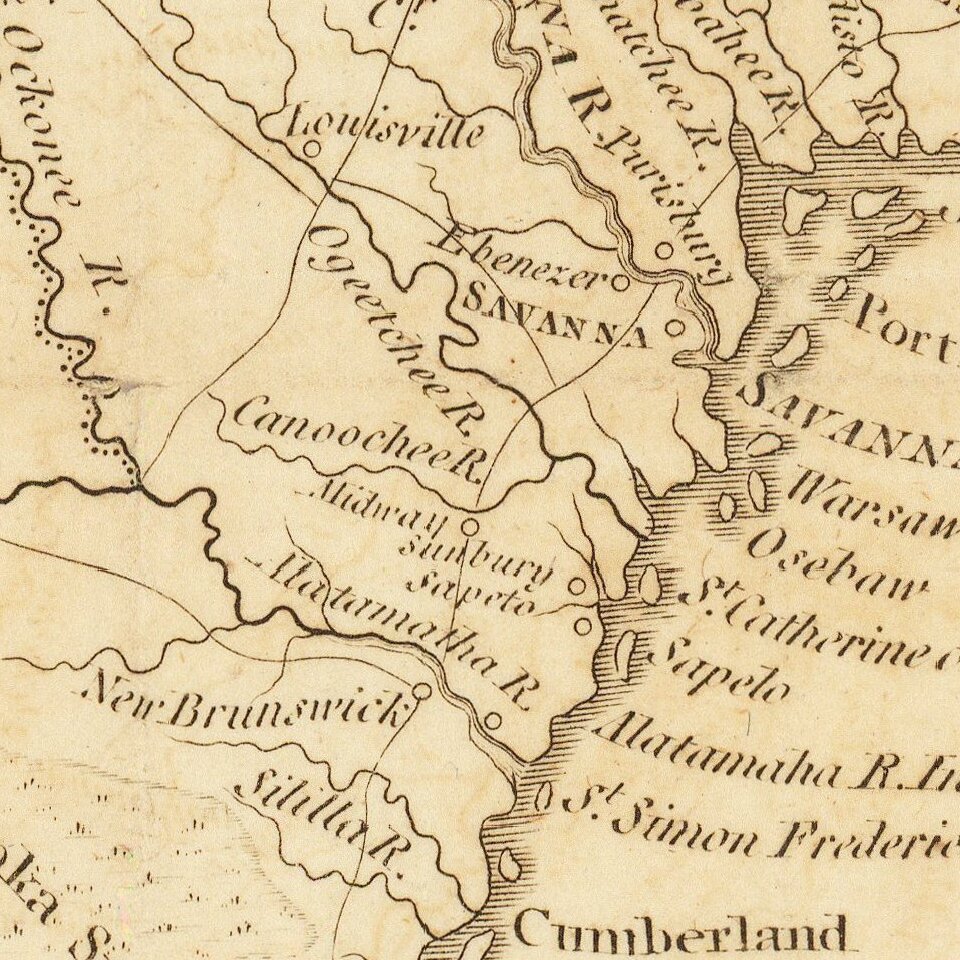 One of the Earliest Appearances of the State of Franklin (Franklinia)

Nice example of Purcell's map of the Southern States (and Midwest), which includes an early reference to the New State of Franklin in the center part of North Carolina.

This map first appeared in Jeddidiah Morse's American Georgraphy and in some copies of the August 1788 edition of the American Magazine. Later examples were issued by Stockdale in London.

The map is one of the few maps to record the short-lived state of "Franklinia." Franklinia was formed by settlers in 1784, but it was never recognized by Congress. Eventually it was annexed by North Carolina and later reverted back to Tennessee.

On this example, Georgia is colored curiously, as it should cut short South Carolina to the west of the Cherokee lands, possibly a colorists error.

The Illinois, Indiana, and New Jersey Company land areas appear, as do Army land, the Ohio Company, and numerous counties in Virginia. Notes regarding Col. Syms land, the donation grants and Gen. Clark's Grant are also shown. The Spanish Dominions and Louisiana appear east of the Mississippi River and the region north of Virginia is called the New States (this map predates the delineation of Ohio, Indiana and Illinois). The map also includes many other interesting details.