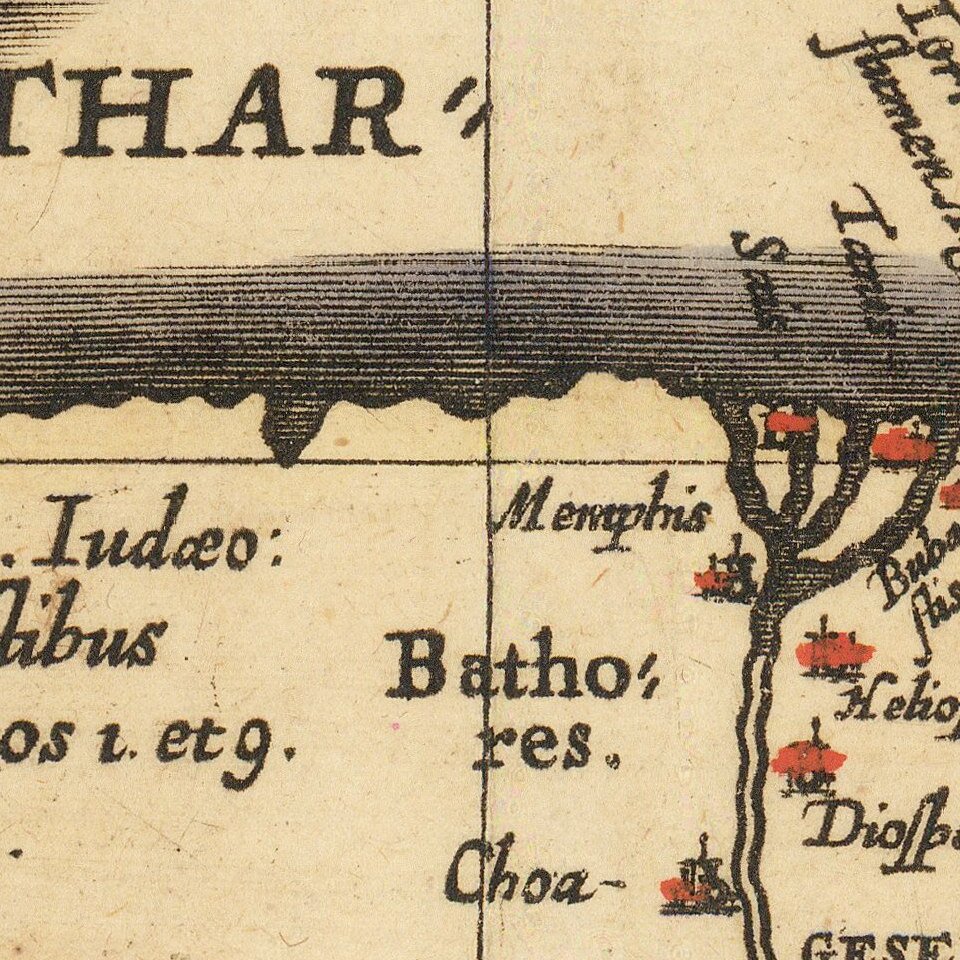 This is a decorative example of Jansson's map of the Ancient world, including an inset of his modern map of the world. The map is based on Ortelius's 1601 map of the same title, which originally appeared in the latter's Parergon, while this present edition of the map first appeared in Jansson's Acuratissima Orbis Antiqui Delineatio Sive Geographic Vetus Sacra & Profana. The map is attractive and contains two decorative cartouches.

The map is simple in its design but important for how it conveys the ancient world, at a time when interest in the Roman period was growing. The map centers on the Holy Land, extending to the Mediterranean, Persia, and Equatorial Africa. It is in the central region where most of the points of interest are marked. This is supposedly the world that was known to Ptolemy, but the detail instead takes biblical sources. It appears that the only cities and features named are those which appeared in the bible. Of these, there are many, not least Rome, Babylon, Persepolis, Memphis, Spain [Hispania], France [Galatia], and Ararath mons [Mount Ararat].

Many of the locations included are hypothetical and dependent on which interpretation of the bible is used. For example, Sephar Mons is placed in eastern Persia, though modern and even Reformation scholarship usually places it in the southern Arabian peninsula.

The extensive text in the lower-left describes why the author (originally Ortelius) chose to include their world map. This is so that they can present possible locations for Ophir, a mythical region appearing in the Bible which was mentioned in several books, most prominently in 1 Kings. The region is described as wealthy, from where a merchant sent by King Solomon "brought great cargoes of almugwood and precious stones." The region bears the same name as one of the sons of Joktan, though any relationship is unclear.

Debate was contentious in religious Europe regarding the location of this mysterious kingdom. On the map, four possible locations are given, two of which are in the Americas. The source for the possible Hispaniola location dates to beliefs that Columbus had found Ophir, and the Peru location comes from the supposed similarities between the two names of the two places.