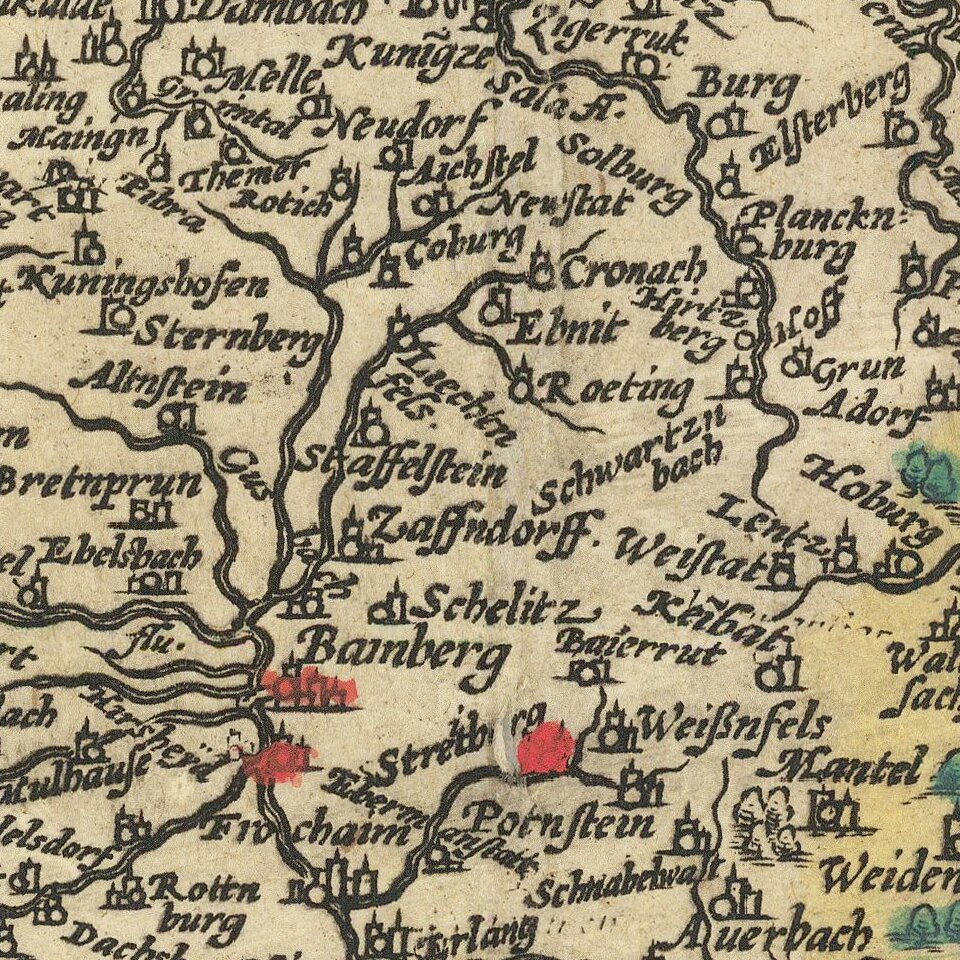 Striking map of the German Empire, including the Low Countries, Switzerland, Austria, and part of the Balkans prepared by Johan Baptiste Vrients for the very late editions of Ortelius' Theatrum Orbis Terrarum, the first modern atlas of the world.

The Vrients maps are prized for their beauty and stunning engraving work, having been added and updated in later editions of Ortelius atlas beginning in 1598 after Ortelius's death.

This example has a blank verso and was presumably previous included in a composite atlas based on its folding.

The map is quite rare and this is only the second example we have had. The map is closely based on the 1576 Frans Hogenberg map of Germany, which is itself an extreme rarity.