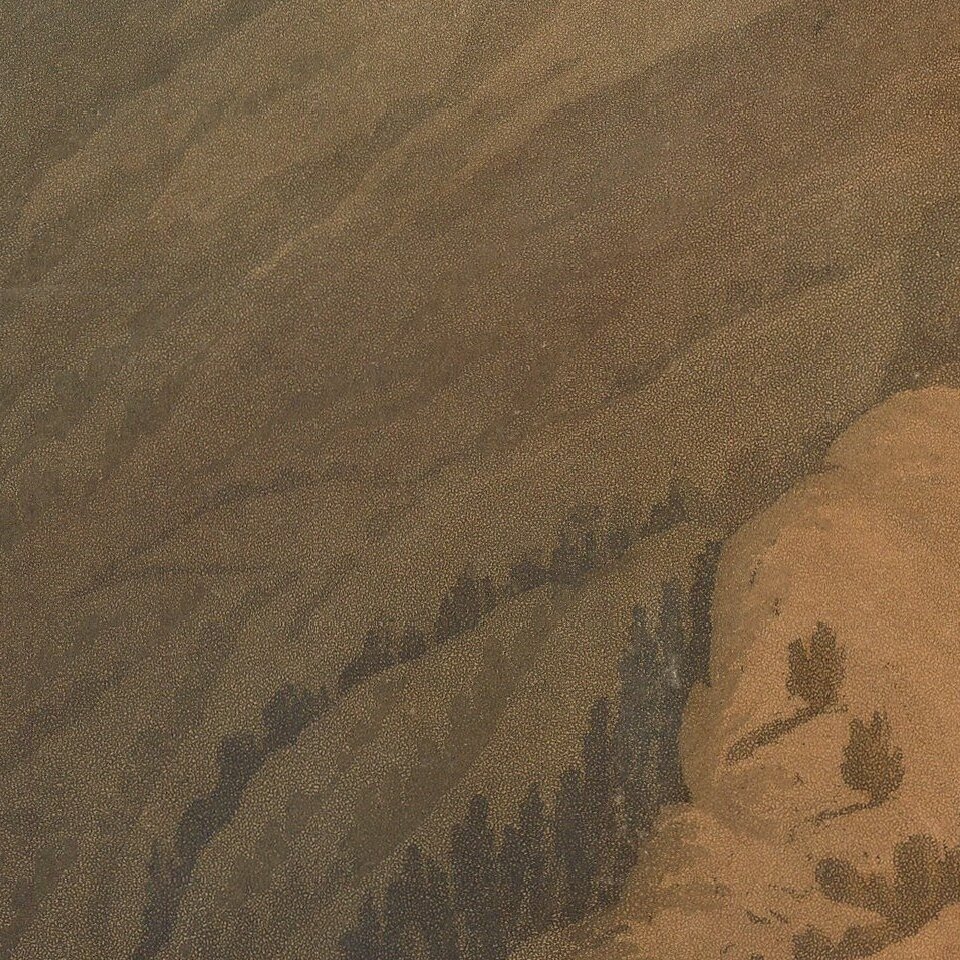 The First Views Taken by Europeans in the Himalayas.

The British Library describes the subject of the view thusly:

The village of Kotgarh is situated upon a rock above the river Giri, a tributary of the Yamuna. It was reached by the party led by Fraser's brother William on 6 June 1815. They camped here, according to James, "in a pleasant grove of mulberry and oak trees", and were intrigued by a feline pawprint , smaller than that of a tiger or leopard. The local Rana came to visit them. James commented in his journal: "He was a very corpulent, sickly, ill-looking man ... unable from illness and fat to move himself , he was pulled up the hills in a sort of litter by 50 men."

Fraser traveled to India with the intention of setting up a trading operation and thereby extricating his family from debt incurred by a failed sugar operation in the West Indies. In 1815, Fraser went to meet his brother William (then an employee of the East India Company) in Dehli. William had been appointed to work as a political agent in the Anglo-Nepalese War. James met him in the hilly region northeast of Delhi and began to sketch the scenery of the Himalayas. He later traveled the region, seeking the source of the rivers Yamuna and Ganga. The sketches taken on this expedition were printed as Views in the Himala Mountains in 1820.

On 18 June 1815 Fraser and his brother William reached Urshalun, near to where the Nepalese General Kirti Rana had surrendered. Three days later James celebrated his 32nd birthday by climbing the peak, Tiba, behind the village.