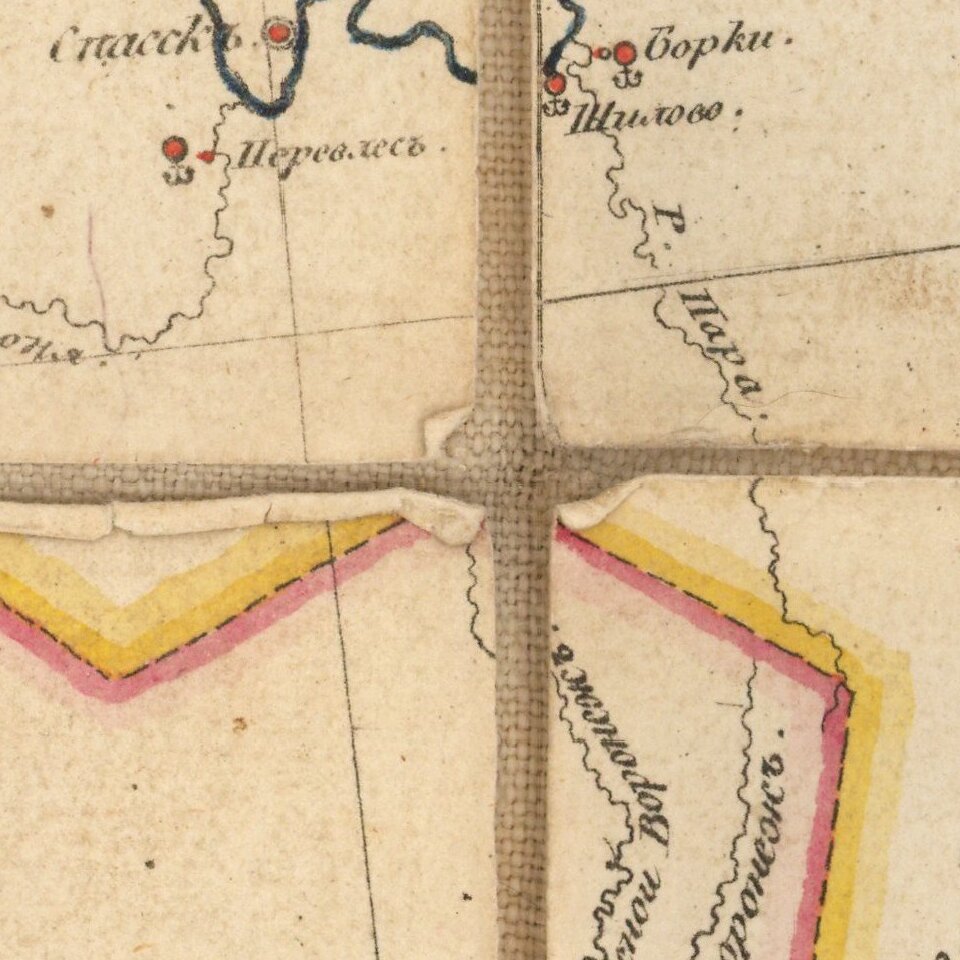 A Vision of Linking the White Sea, Baltic Sea, Capsian Sea, and the Black Sea.

The descriptive side panel also describes transportation on large rivers such as the Volga, Syas, Tosna, and Moscow.

With its extensive network of natural waterways and relatively flat topography, Russia was well positioned to build the world's largest canal system. Beginning in earnest in the early 18th century, several major hydroengineering projects resulted in comprehensive canal systems connecting the Baltic and Caspian basins, and the Volga and Neva basins.

The long-term goal of the hydroengineering projects was to establish permanent links between the Caspian Sea, Black Sea, Baltic Sea, and the White Sea that were traversable by seagoing vessels. As a whole, the system has come to be known as the Unified Deep Water System of European Russia. The present map shows an early incarnation of this vision. Major additions and improvements to the system continued into the 20th century when projects such as the White Sea-Baltic Canal and the Volga-Don Shipping Canal.