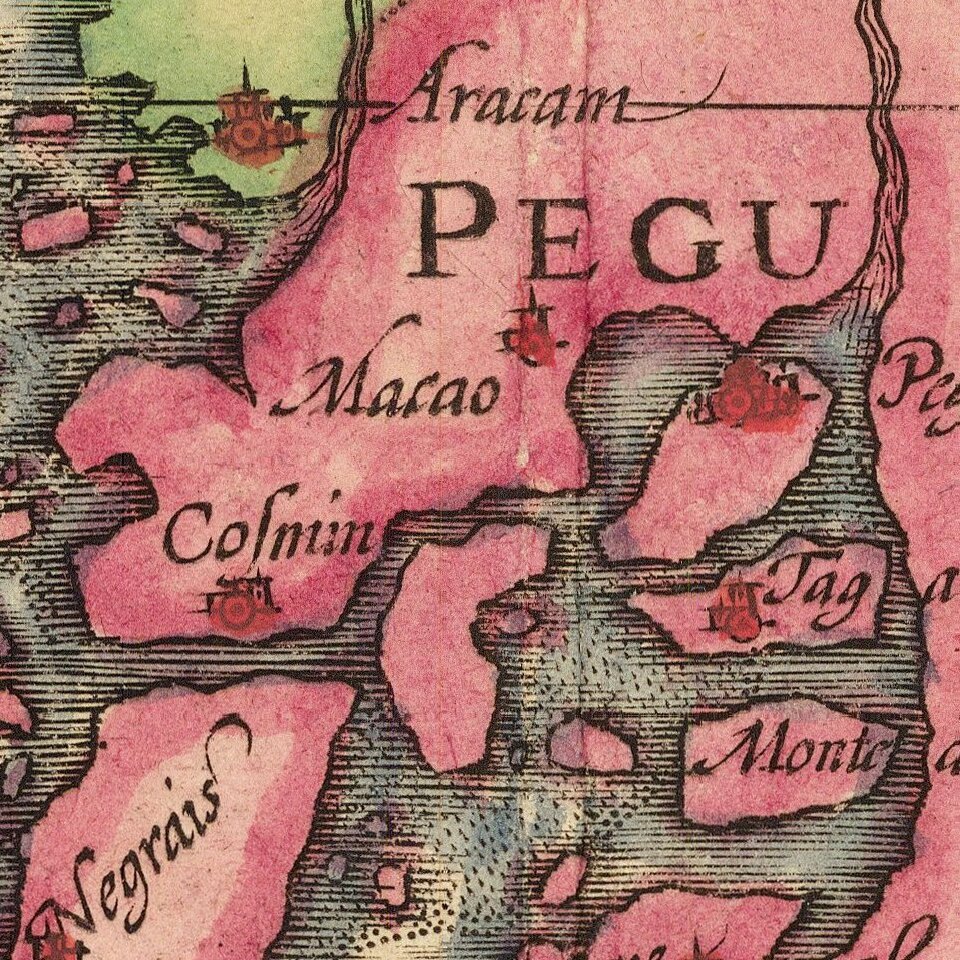 Fine example of Hondius' map of China and Southeast Asia, from a French edition of the Mercator-Hondius Atlas.

One of the finest early Dutch maps of the region, first published in 1606 as one of the 37 new maps engraved for Jodocus Hondius' expanded Dutch edition of the Mercator Atlas. Extending from India to the coasts of Southern China with the Pearl River Estuary, Canton and Formosa, it also includes all of the Malay peninsula and Indochina, northern Borneo and the Philippines.

The decorative detail includes a large sea monster and an oriental junk in the Bay of Bengal as well as fine scrollwork title & scale cartouches. One of the most interesting & unusual features of the Southern Malay peninsula is its dissection in two, the southern part becoming an island just south of Malacca where it is separated from the rest of the peninsula by a large northeasterly channel.