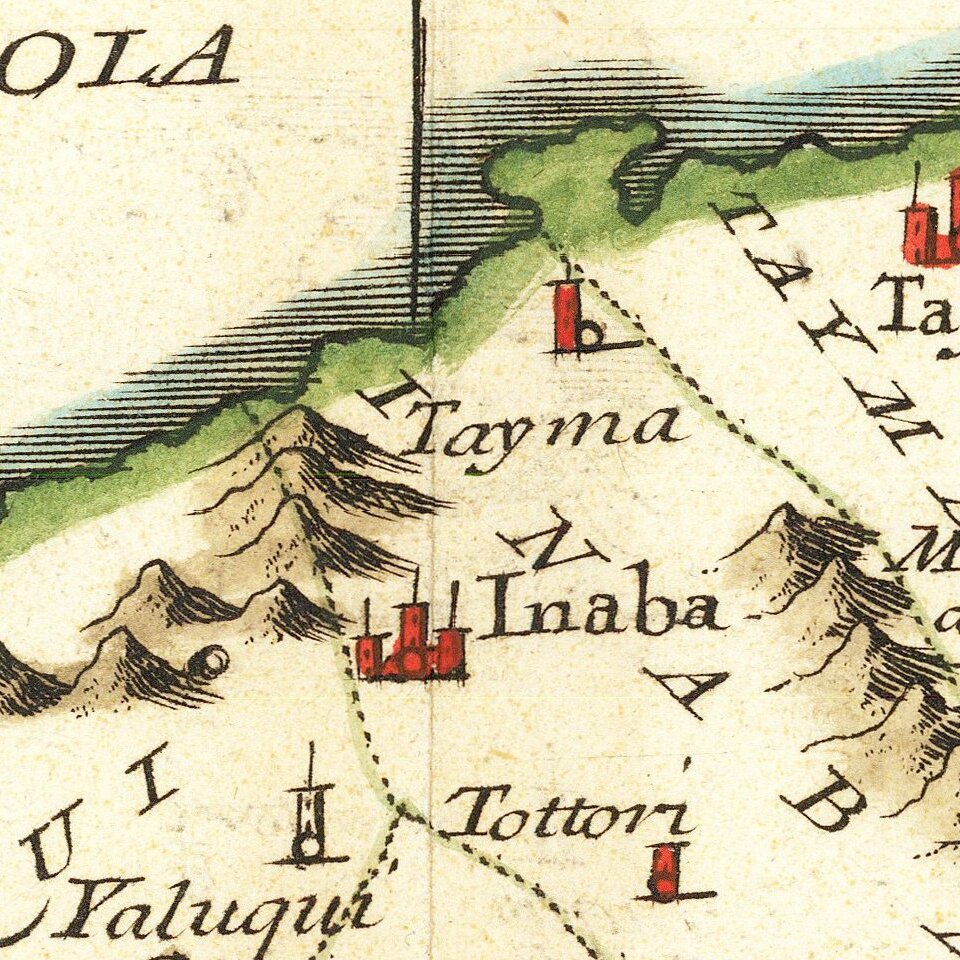 Nice example of Coronelli's important map of Japan and Korea, published in Venice.

Ezo named 'Tartari de Yupi'. In the sea between Japan and Korea is a vignette of a boat described as a Japanese vessel capable of crossing the 220 French miles between Osaka and Nagasaki in twelve days. Coronelli drew this information from Montanus who erroneously attributes the ship to Japan, when in fact it was Korean.

Cortazzi in Isles of Gold states:

Mention must also be made of another seventeenth-century map, namely that published by the Venetian cartographer Vincenzo Maria Coronelli in 1692... Coronelli used Dutch mariners' charts as well as Jesuit sources. Honshu is depicted on the lines adopted by Martini, but mountain ranges are delineated pictorially. ... In the Sea of Japan a somewhat Italianate vessel with a large bank of twenty oars is afloat. It is described as being used on the route from Nagasaki to Osaka, a distance which it is said to travel in twelve days.

Coronelli was possibly the best Italian mapmaker of his time. He made globes, including one 5 meters in diameter for Louis XIV. From Coronelli's rare Atlante Veneto, one of the most decorative and ornate of all 17th century atlases.

The map exhibits the fine engraving style of this coveted Venetian Atlas.