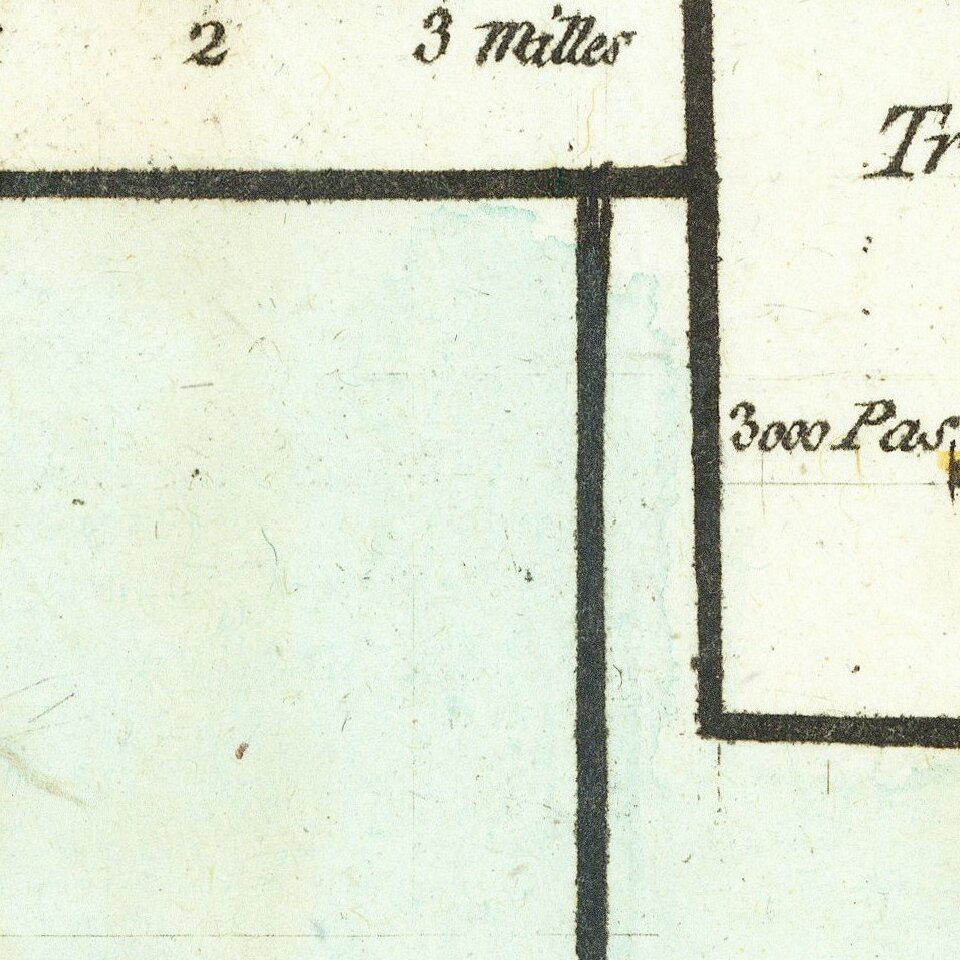 Caribbean Theater During the Anglo-French War

Rare separately published broadside set of 4 maps of British Colonial islands in the Caribbean, published during Anglo-French Wars in the Carbbean.

The Invasion of Dominica on September 7, 1778 was a successful French invasion of the island of Dominica in the British West Indies, during the Anglo-French War. The action took place before British authorities in the Caribbean were aware that France had entered the war as an ally of the United States of America. The French governor in the West Indies, François Claude Amour, marquis de Bouillé, was notified on August 17, 1778 that France was at war, and organized the invasion, infiltrating spies to rally sympathetic French-speaking Dominican support.

Early on September 7 1778, French forces landed on the southeastern coast of the island. They rapidly took over some of the island's defenses, and eventually gained control of the high ground overlooking the island capital, Roseau. Lieutenant Governor William Stuart then surrendered the remaining forces. Dominica remained in French hands until the end of the war, when it was returned to British control.

The Capture of Grenada was an amphibious expedition in July 1779 during the Anglo-French War. Charles Hector, comte D'Estaing led French forces against the British-held West Indies island of Grenada. The French forces landed on July 2, 1779 and the assault occurred the following nights. The French forces assaulted the British fortifications on Hospital Hill, overlooking the island's capital, Saint George's. The British cannons were captured and turned against Fort George. British Governor Lord Macartney opened negotiations to surrender.

Admiral d'Estaing controversially rejected Macartney's terms of capitulation, instead insisting on him adopting the harsher terms he had written. Macartney rejected those terms, choosing to surrender unconditionally. D'Estaing thereafter permitted his forces to loot the town, and Macartney was sent to France as a prisoner of war.

On 5 July, French forces re-embarked when word arrived that a British fleet under Admiral John Byron was approaching. The two fleets battled the next day. The French severely damaged several British ships and both fleets successfully returned to their bases. Under the terms of the Treaty of Paris, France returned Grenada to British control at the end of the war.

The Capture of Saint Vincent was a French invasion that took place between June 16 and 18, 1779 during the Anglo-French War. A French force commander named Charles Marie de Trolong du Rumain landed on the island of St. Vincent in the West Indies and quickly took over much of the British-controlled part of the island, assisted by local Black Caribs who held the northern part of the island.

British Governor Valentine Morris and military commander Lieutenant Colonel George Etherington disagreed on how to react and ended up surrendering without significant resistance. Both leaders were subjected to inquiries over the surrender. The period of French control began by capturing the island, which resulted in a solidified Black Carib control over northern parts of the island. The area remained under Carib control until the Second Carib War of 1795.

In October 1781, a plan had been worked out between Admiral de Grasse, commander of the French fleet in the West Indies, and Francisco Saavedra de Sangronis, General Bureau for the Spanish Indies, court representative and aide to the Spanish Governor of Louisiana, Bernardo de Gálvez. The strategic objectives of this plan were to guide the Franco-Spanish military forces in the West Indies to accomplish the following objectives:

This plan became known as the De Grasse – Saavedra Convention and the first objective was essentially met with the surrender of the British army under General Cornwallis at the Siege of Yorktown in September 1781. De Grasse and his fleet had played a decisive part in that victory, after which they then sailed to the Caribbean.

Jamaica was the most profitable British possession in the New World, in particular the commodity that stood out the most was sugar; it was more valuable to the British economy than the thirteen American colonies combined. In a letter from King George III to Lord Sandwich he declared that he would risk protecting Britain's important Caribbean islands at the risk of Britain herself, and this was strategy implemented in 1779. As well as the gradual expulsion of the British from the West Indies by the French and Spanish, the conquest was to force a massive blow on the British economy. The invasion itself though was perceived in the courts at Paris and Madrid as an alternative to the Spanish and French attempts to take Gibraltar which for two years had been a costly disaster.

While de Grasse waited for reinforcements to undertake the Jamaica campaign, he captured St. Kitts in February 1782. The rest of the Windward Islands (Antigua, St Lucia, and Barbados) still remained under British control, while Admiral George Rodney arrived in the Caribbean theatre the following month, having brought reinforcements. These included seventeen ships of the line, and gave the British a slight advantage in number.

On April 7 1782, de Grasse set out from Martinique with 35 ships of the line, including two 50-gun ships and a large convoy of more than 100 cargo ships, to meet with a Spanish fleet consisting of 12 ships of the line. In addition de Grasse was to rendezvous with 15,000 troops at Saint Domingue earmarked for the conquest by landing on Jamaica's North coast. Rodney on learning of this then sailed from St Lucia in pursuit now with 36 ships of the line the following day.

The British ships by this time had hulls which gone through a process known as copper sheathing; found to be a practicable means of protecting them from marine growth and fouling as well as salt water corrosion. The result of this was that their speed and sailing performance as a whole in good wind improved dramatically.

Between April 9 and April 12 1782 a British fleet under Admiral George Brydges Rodney engaged and defeated a French fleet under the Comte de Grasse at the battle of the Saintes, thus frustrating French plans for an invasion of Jamaica. Rear-Admiral Sir Samuel Hood fought under Rodney during the battle, and was deeply critical of his commander for not pushing home his victory against the retreating enemy fleet. The British fleet made its way to Jamaica, from where Rodney ordered Hood to seek out any disabled or damaged French ships that had escaped the battle. Hood's division of thirteen ships set out towards toward San Domingo, and while travelling through the Mona Passage, came across a number of French ships which had become separated before the battle of the Saintes and were on their way to Cap-Français.

By the end of 1782, the French had been on defensive in the Caribbean, which signalled a stalemate of the seas. Soon after, the Royal navy was conducting a blockade off Cap Francois and Fort Royal as well as keeping a watch off Havana. At the same time British frigates were battling both Spanish and French privateers. 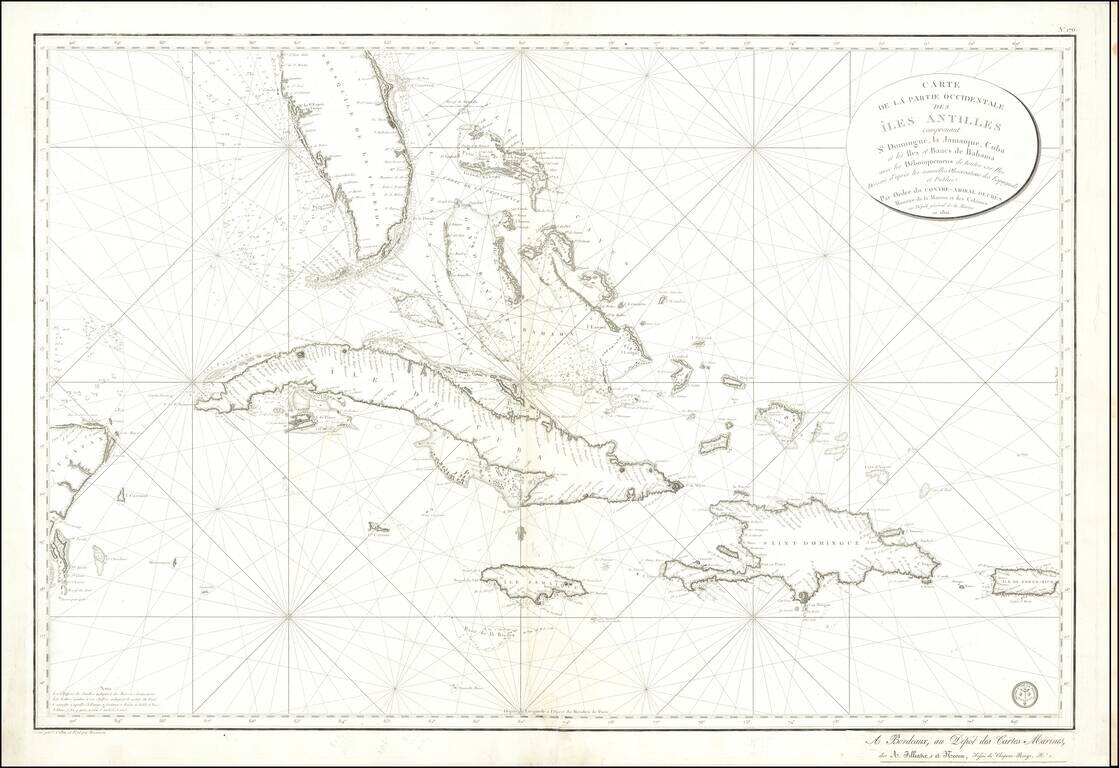 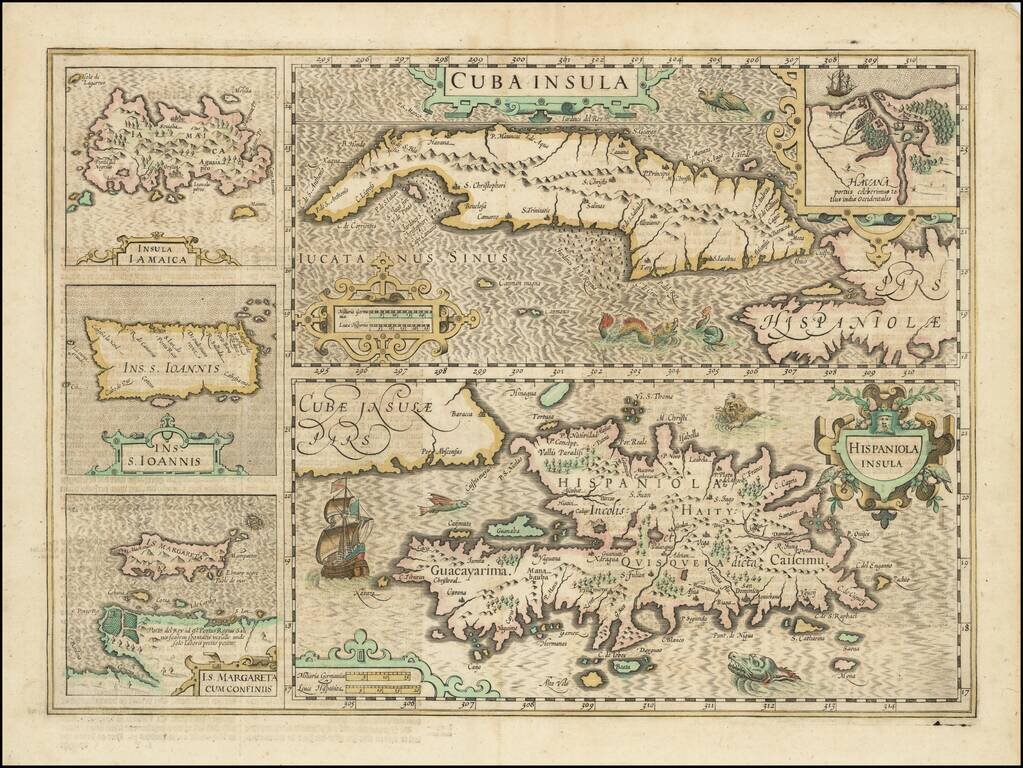