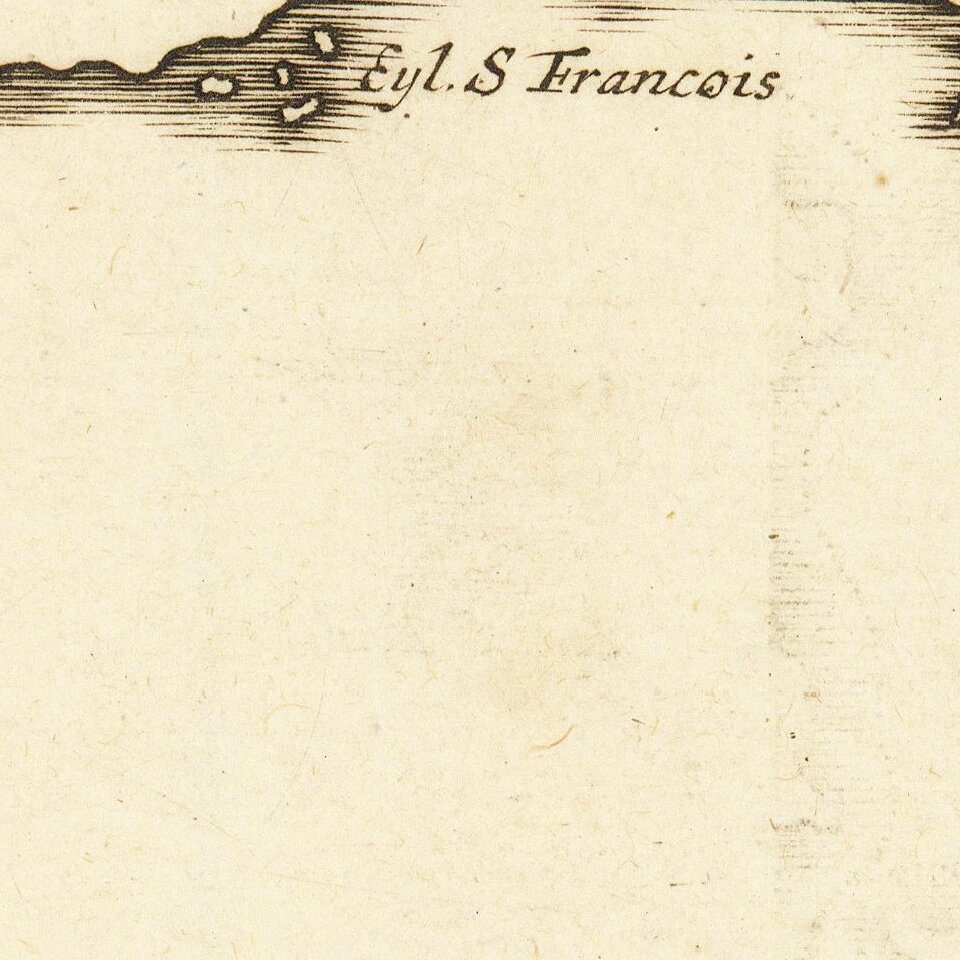 Antique engraved map showing the track of Abel Tasman's First Voyage of 1642-43, when he sailed from Mauritius. Although the track of Tasman's Second Voyage of 1644 is not shown on this map, the discoveries he made along the northern coast of Australia appear.

Abel Tasman's 1642-43 Voyage was the first to circumnavigate the whole of the Australasia region, thus proving it was a separate entity unconnected from the mythical, Antarctic Southland. He surveyed the south coast of Tasmania (here called "Van Diemens Land") and the western coast of New Zealand, as well as the Tonga and Fiji Archipelagos, before ending up in Batavia. His second voyage failed to find a passage to the south of New Guinea to the eastern coast of Australia.

In the course of this first voyage Tasman surveyed the coasts of Tasmania and New Zealand and reconnoitering the Tonga and Fiji island archipelagos in the Pacific. His second voyage proved less successful in its intended aim of finding a passage south of New Guinea to the east coast of Australia, but did result in much of the latter's hitherto- unknown northern coastlines being charted