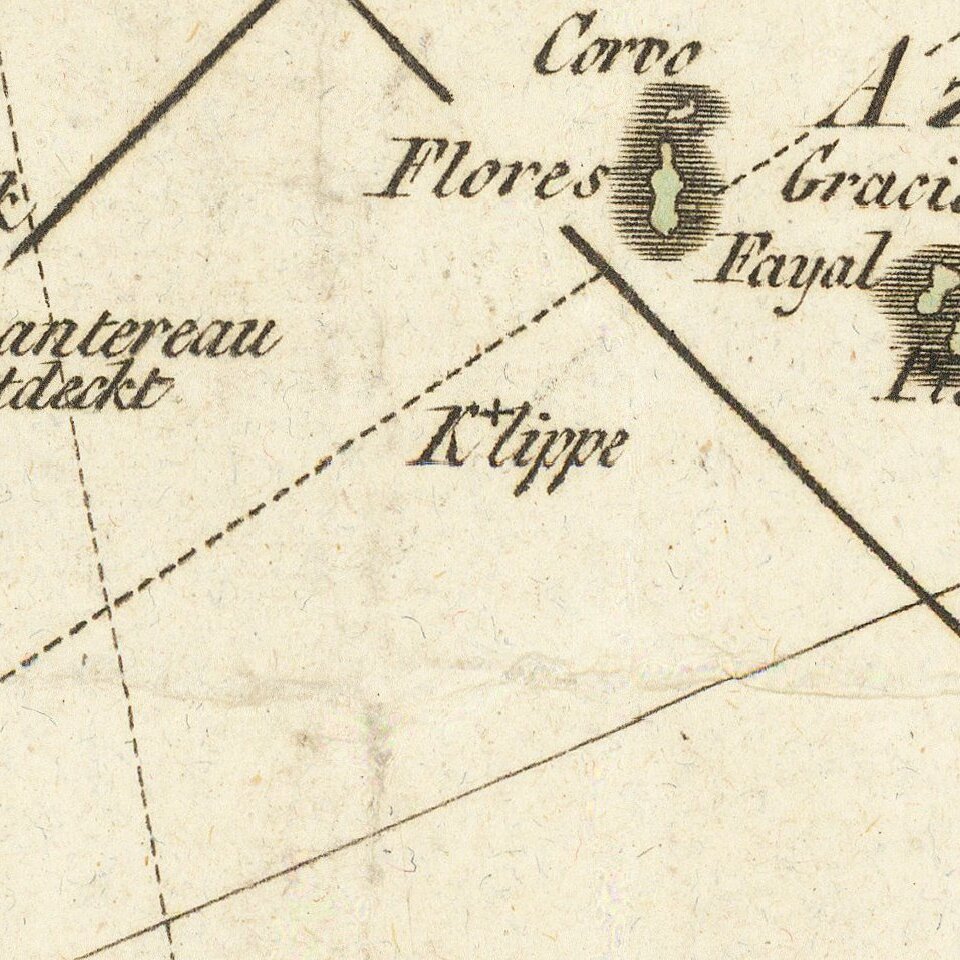 A detailed antique map of the North Atlantic from just south of the equator to southern Greenland. The map shows coastal settlements, geopolitical boundaries, navigational features, and more. Names are given either in German or in their local language.

This map is clearly used for navigational purposes, as visible from its focus on sea-based information and relative lack of inland detail. Location of shipwrecks are shown, in addition to soundings of the Great Banks and the dates of discovery of several other shoals.

Particular attention appears to have been paid to western Africa. Drawings of four separate capes are shown, along with their rough positions. This includes Cape Mesaduro, Cape Lopez, and two capes of uncertain identification. The area is marked with many navigational notes, and it was known as a difficult to sail area. The special attention to this area is likely reflective of the large European interest in and profitability of the Atlantic System at this time.

In all, this is an extremely detailed yet visually simple map of the North Atlantic, showing extensive maritime detail that would likely have been used by navigators at the time.

Schraembl was born and worked in Vienna, where he was a mapmaker in the latter half of the eighteenth century. He began his business in 1787, partnering with Franz Johann Joseph von Reilly. He is best known for his large format atlas, the Allgemeiner Grosser Atlas. The atlas was finished in 1800, after twenty years of compilation and composition--it was the first Austrian world atlas. While a notable work, the atlas did not sell well, plunging Schraembl into financial difficulty. In response, Schraembl expanded his offerings to include literature and art. Upon his death, Schraembl's firm was taken over by his widow, Johanna, and her brother, Karl Robert Schindelmayer. From 1825, it was run by Franz Anton's son, Eduard.