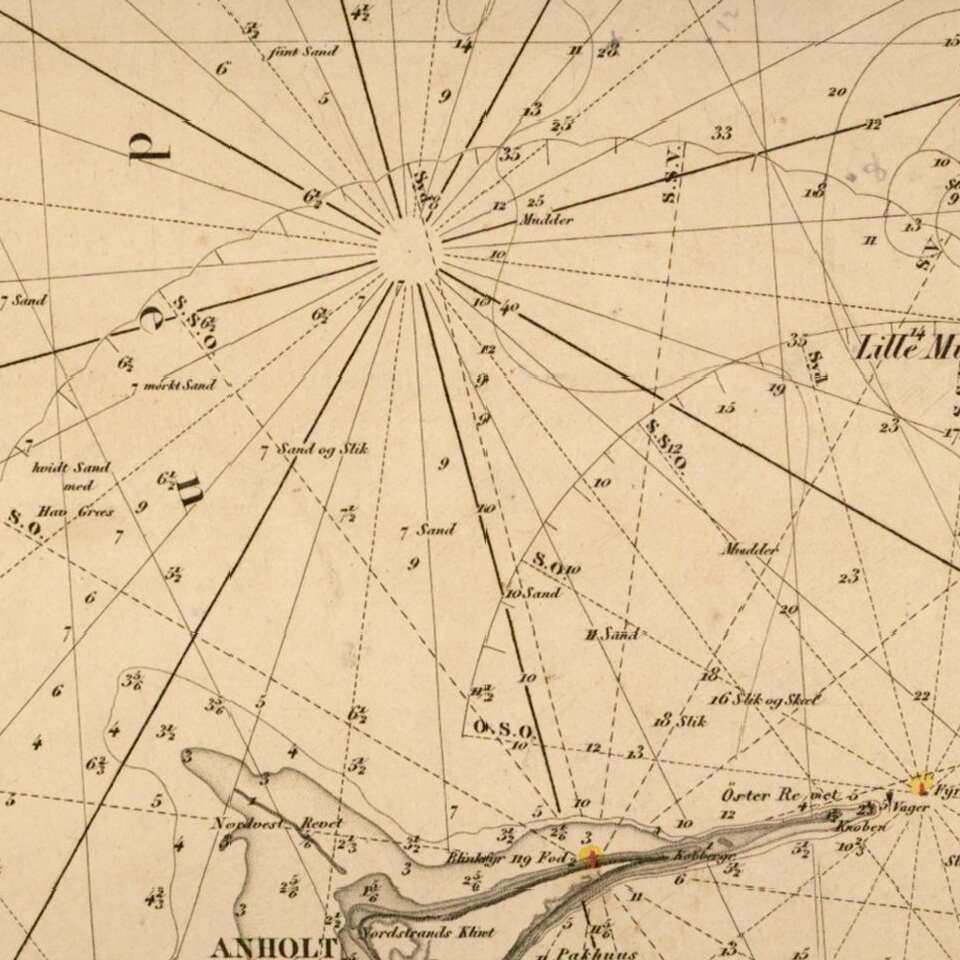 Includes a large inset of the area around the Danish town of Frederikshavn.

The Kongelige Danske Sokort Archiv was founded by Captain Lieutenant Poul de Løwenørn, with the assistance of the Danish Monarchy, in 1784. At the time of its founding, it became the second nationally sponsored publisher of sea charts, preceded only by the French Depot de la Marine. Løwenørn became the first director of the Archive.

The Danish Admirality initially requested Løwenørn to collect all existing nautical charts and navigational details in the country, for both Danish and international waters. He was to develop accurate and reliable charts for both the Navy and Merchant Marine. Løwenørn also took the initiative to establish a Lighthouse Authority, a Buoy Authority and a Pilot Authority as well as improve the country's harbors. Within a few years, the Archive also began publishing its own nautical charts. 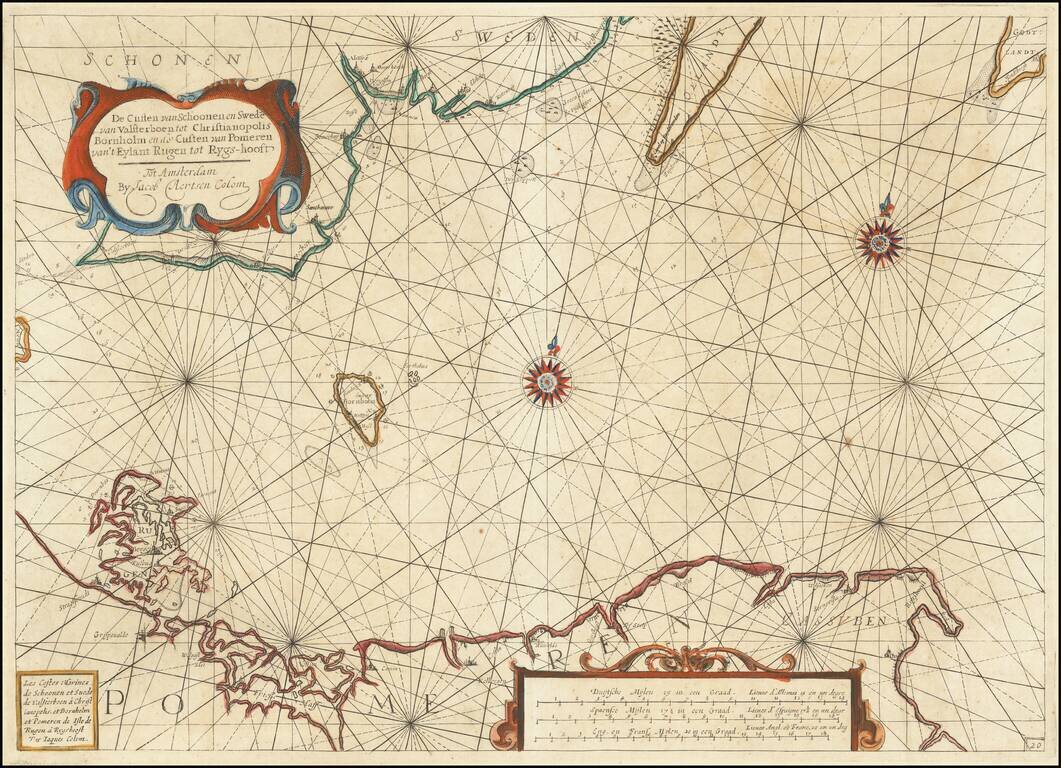 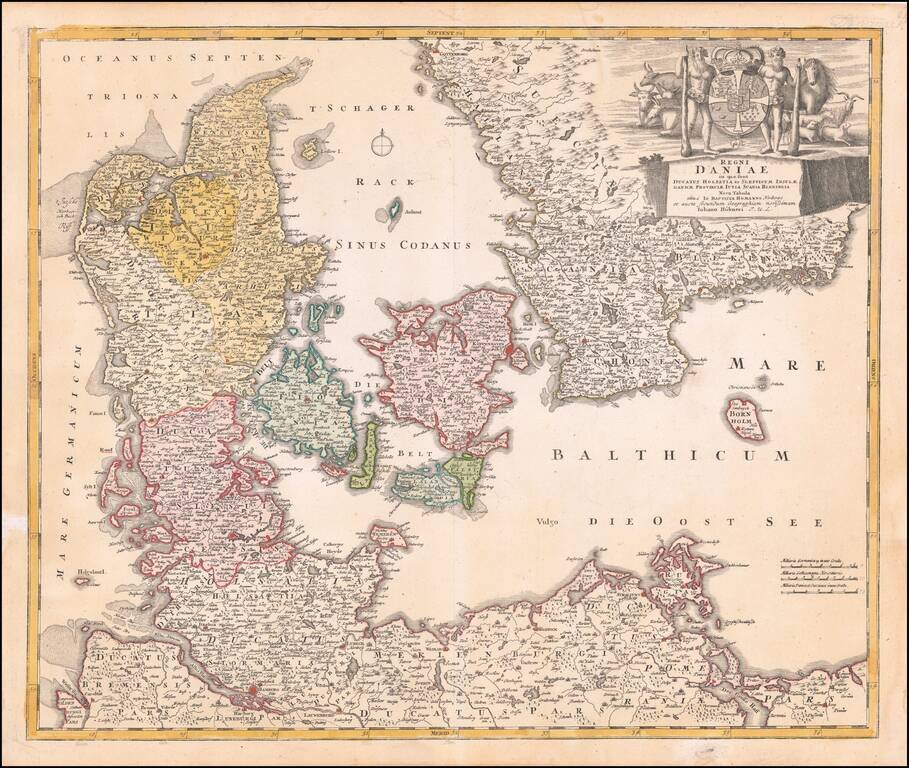 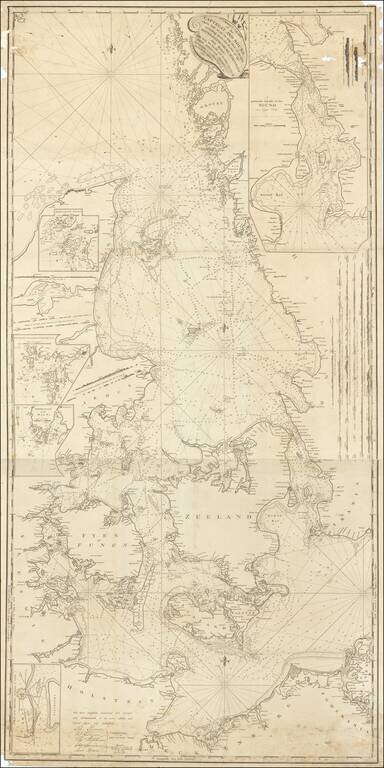 A Correct Chart of the Cattegat and Sound From The Scaw to the Island of Rugen, including particular plans of the Sound, Gothenberg, Marstrand and Malo; taken from the Danish and Swedish Surveys by John Hamilton Moore, Hydrographer to His Royal Highness,