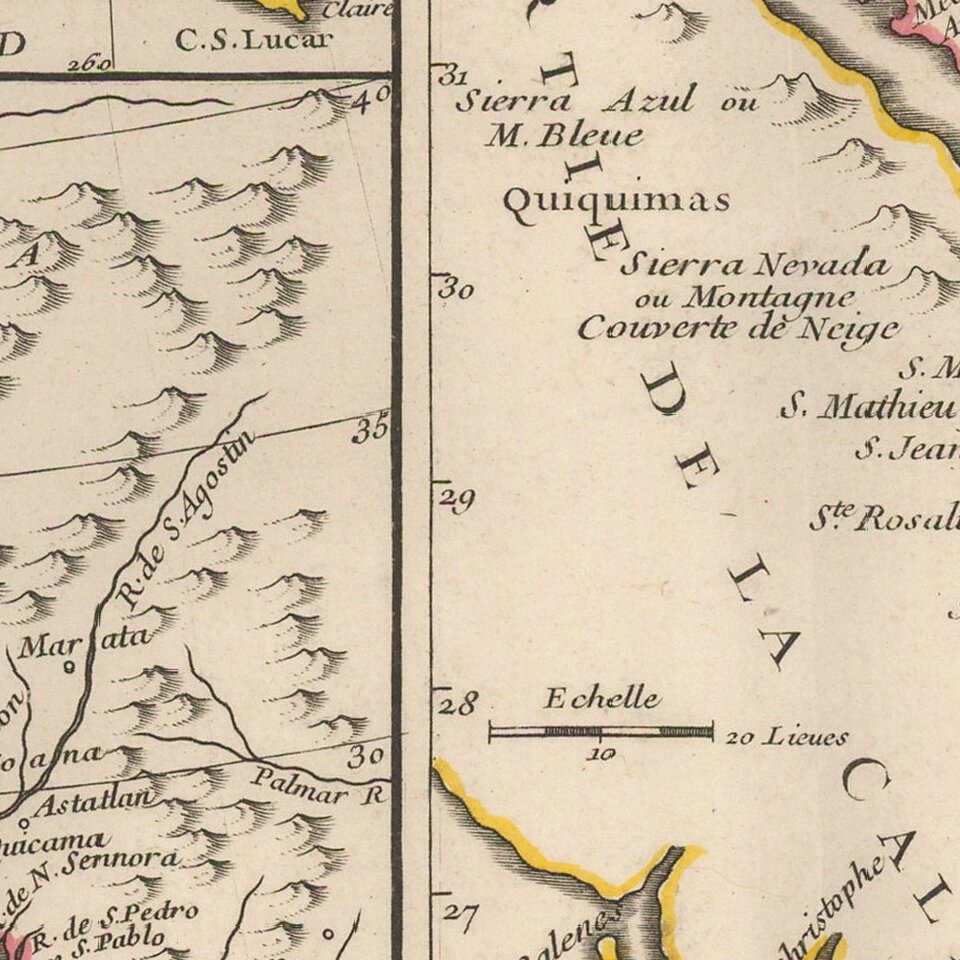 The right hand map is derived from that of Fra. Eusebio Kino's map, generally credited with being the map which dispelled the California as an Island myth. Issued in 1705, the map is based upon Father Kino's overland expedition from the mainland to the top of the Gulf of Cortez.

The middle map comes from Delisle's 1700 map of America, which was somewhat equivocal about the peninsular nature of California. Nonetheless it was instrumental in the shift away from the California as an island myth.

The leftmost map is based on a manuscript by Mathieu Neron Pecciolen, drawn in Florence, in 1604. The map represents the rendering of California as a peninsula which dominated before insular California was advanced in the 1620s. This map also forms the basis of a map popularized in 1770, by Rigobert Bonne.

Philippe Bauche (1700-1773), was one of the foremost French geographers of the 18th century. Bauche was closely associated with master French cartographer Guillaume Delisle; he studied under Delisle in Paris, married Delisle's daughter, and eventually succeeded him at the Académie des sciences, in 1730. Bauche was named first geographer to King Louis XV, in 1729. Bauche was most prolific in the 1750s, when the present map was published.

He is not to be confused with his nephew, Jean Nicolas Bauche (1741-1825), who also served as geographer to the king.

This work is of the greatest rarity and importance for the history of the discovery and cartography of Alaska and the Northwest coast in general . . . This is the magnum opus of the Delisle-Buache theory of the layout of lands in the North Pacific space.

As noted by Everett Graff:

The author, being one of the principal French geographers of his time, was in the unfortunate position of trying to defend the French view of the Cartography of the north Pacific after the earlier conjectures had been pretty thoroughly proven erroneous. His arguments are ingenious in many instances, and his method of ignoring or perverting evidence which does not fit the French theory is fascinating. As soon as the work was issued, it was attacked bitterly from all sides.

Bauche's Considerations Geographiques is rare in and of itself, with copies typically bringing in the mid-five figures at auction. We have seen no other examples of the separate map on the market in over twenty years, and find no examples having sold in the online databases.

Philippe Buache (1700-1773) was one of the most famous French geographers of the eighteenth century. Buache was married to the daughter of the eminent Guillaume Delisle and worked with his father-in-law, carrying on the business after Guillaume died. Buache gained the title geographe du roi in 1729 and was elected to the Academie des Sciences in the same year. Buache was a pioneering theoretical geographer, especially as regards contour lines and watersheds. He is best known for his works such as Considérations géographiques et physiques sur les découvertes nouvelles dans la grande mer (Paris, 1754). 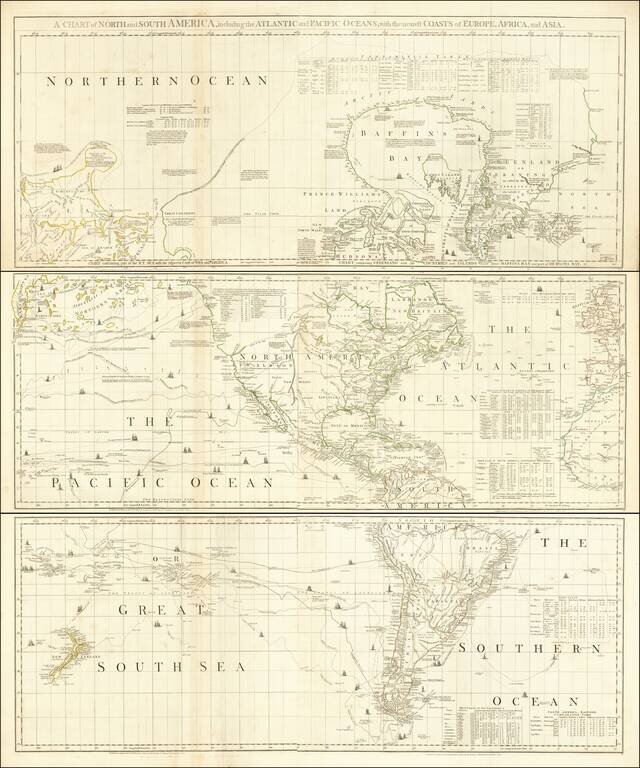 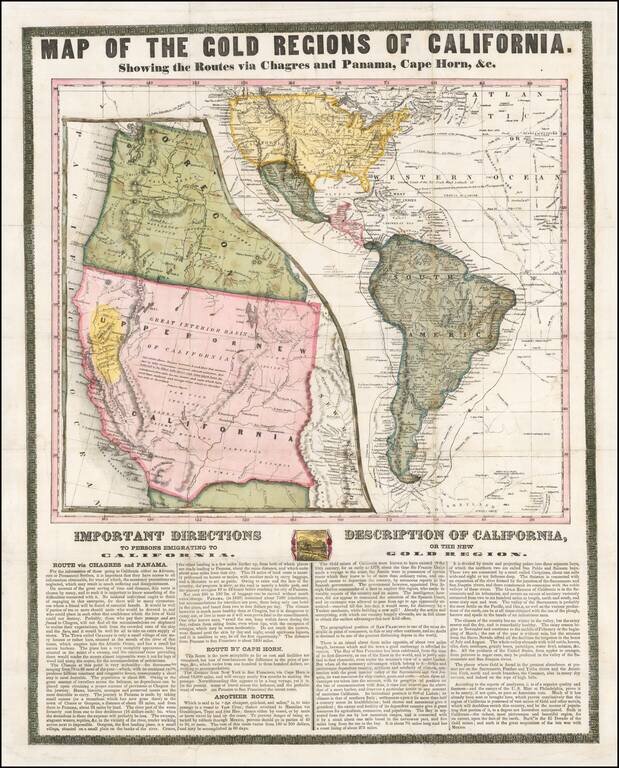