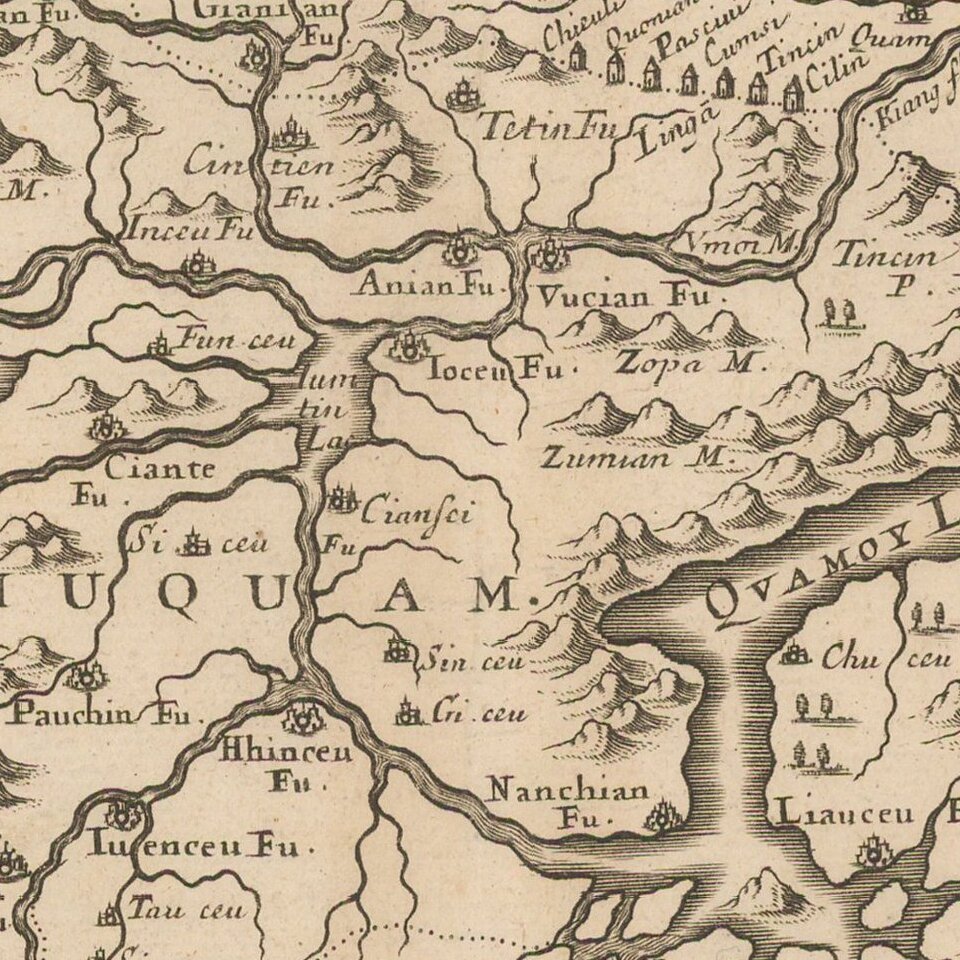 First state of Sanson's scarce map of China and Korea, first published in 1656.

This important and attractive French map of China is based on an indigenous Chinese map copied by Jesuit, Matteo Ricci, and brought back to Rome in 1590 by his fellow Jesuit, Michele Ruggieri.

The map extends to include the northern tip of the Philippines and a curiously curved Korean peninsula. Korea was usually shown as an island in the 17th century, so Sanson's depiction is a cartographic improvement. The Great Wall forms the northern boundary and the map is filled with rivers, mountains and villages. A detailed explanation panel in bottom right is surmounted by Pheme, the personification of fame and renown.