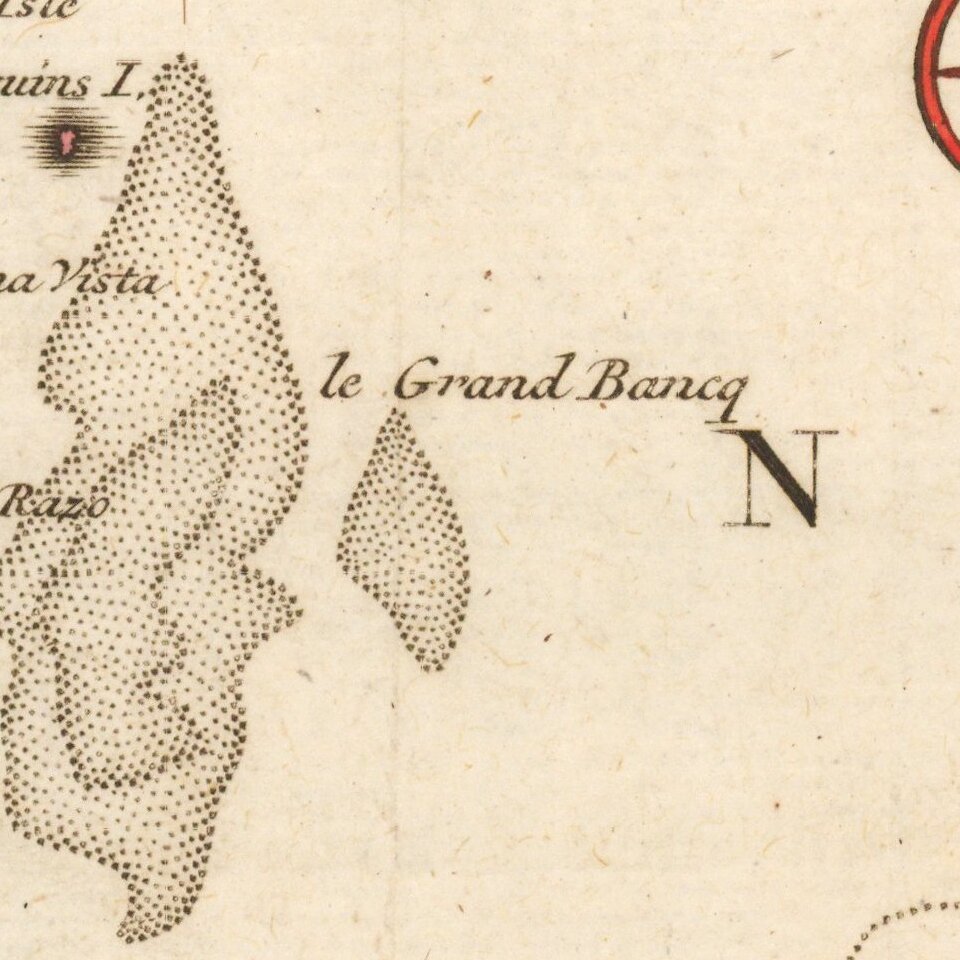 Detailed map of Northeastern America and the Atlantic, illustrating the route from England to Plymouth, Massachusetts, published to illustrate the voyage of Bartholemew Gosnold, who is generally credited with the discovery of Cape Cod and Martha's Vineyard in 1602.

The course of Bartholomew Gosnold's (or Gosnol's) voyage to America is shown dotted from England past the Azores to New England.

Bartholomew Gosnold (1572-1607) sailed from England in 1602, intending to establish a colony in New England, then known as Northern Virginia. Gosnold pioneered a direct sailing route due west from the Azores to New England, arriving in May 1602, at Cape Elizabeth in Maine (Latitude 43 degrees North). He traveled the coastline for several days before anchoring in York Harbor, Maine, on May 14, 1602. The next day, he sailed into Provincetown Harbor, where he is credited with naming Cape Cod.

This was the first recorded European expedition to visit Cape Cod. Following the coastline for several days, Gosnold discovered Martha's Vineyard ("Marta's Wyngaard" on this map) and named it after his daughter, Martha.