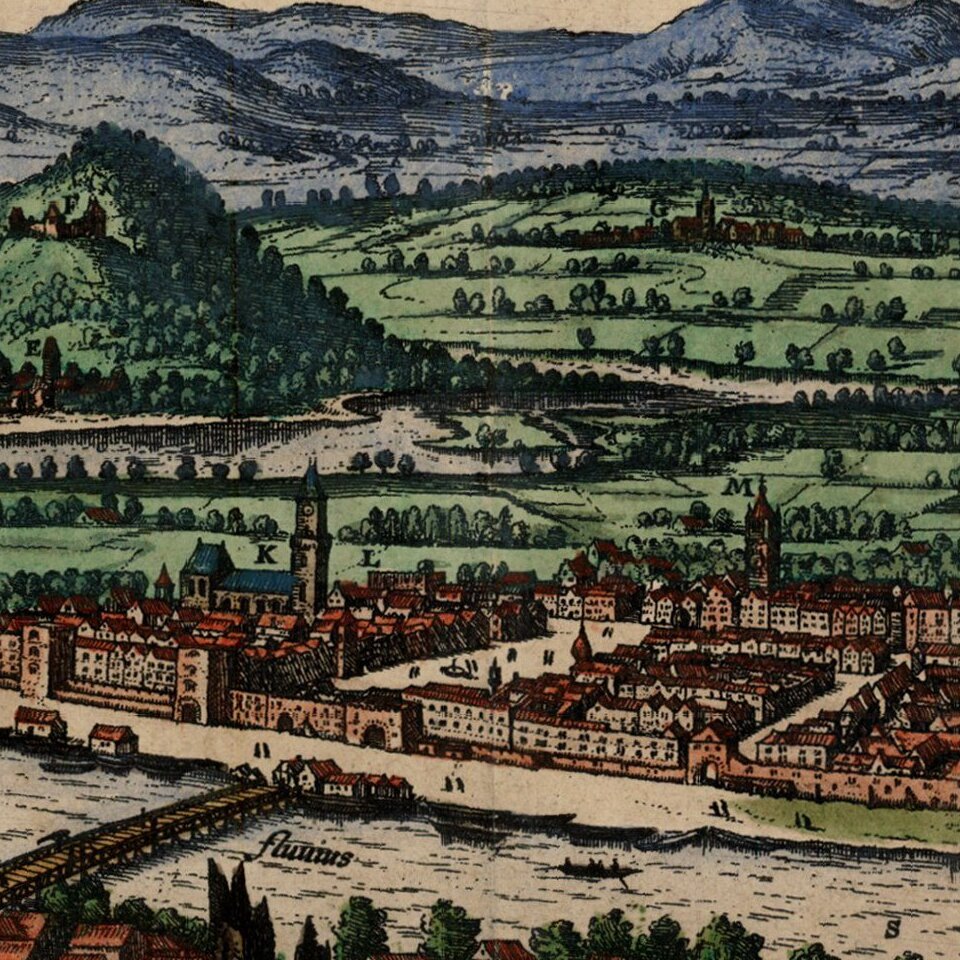 Decorative early view of Braun & Hogenberg's view of Lintz, from an elevated viewpoint, looking south from Across the Danube.

The map is based upon a landscape painting by Lukas van Valckenborch, engraved by Georg Hoefnagel in 1594.

The text on the verso provides: "It is indeed impossible to say how many terrible fires have ravaged the city in the past and in more recent times. The first occasion was 1451, just at Eastertide, when it went up almost entirely in flames. Only a short while later, in 1459, when the city had risen but a little from the ashes, a raging blaze destroyed not only private and public buildings but also the bell tower belonging to the main church. This fire was particularly terrifying because it broke out at night. And then in 1542, at the very time when King Ferdinand was staying in the castle with his most beloved wife, part of the city was destroyed for a third time by a large and devastating fire. Thanks to the extraordinary generosity and paternal care of this king, however, Linz was restored to its former glory within a short time."

Presented in a perspective framework from the northwest, the view of Hagan castle - here almost hidden by roots and brambles - and the River Danube, on the far side of which appears Linz. Dominating the city from the top of a hill on the right is the imperial palace (N), which arose from 1477 out of a 9th-century fortress and served Emperor Frederick III and his son Maximilian I as an imperial residence. The parish church of the Assumption of the Virgin (K) rises prominently on the left. In the centre stands the Landhaus (M), begun in 1568, whose tower was further heightened on several occasions. The Landhaus formed the focus of Linz's economic and cultural life and from 1574 onwards housed the Protestant estates school, whose teaching staff included Johannes Kepler. Running across the background are the Alpine foothills between Erzberg (R) and Traunstein (Q). 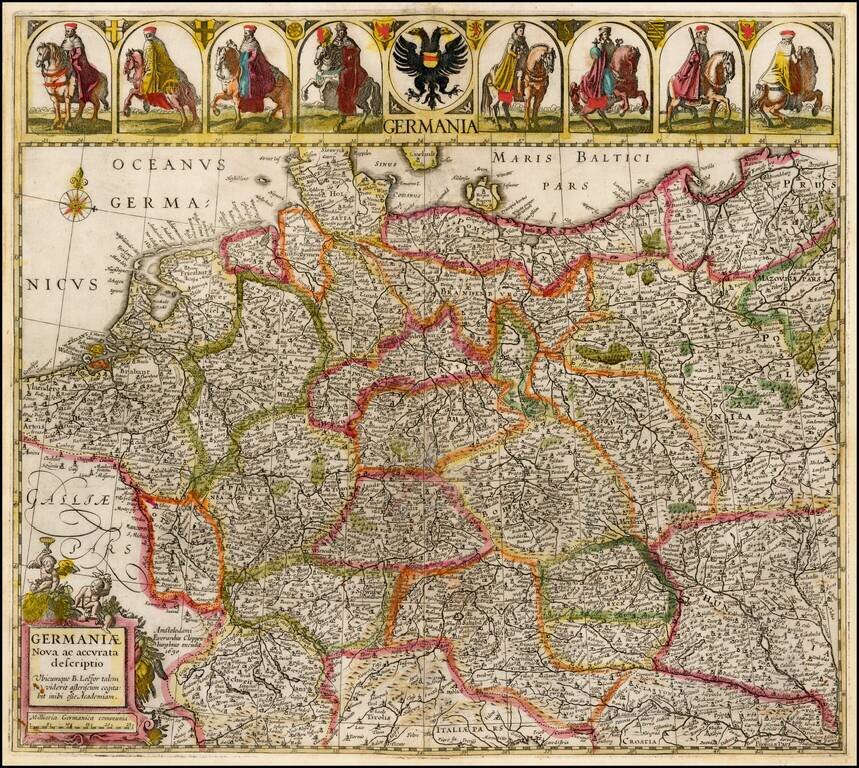 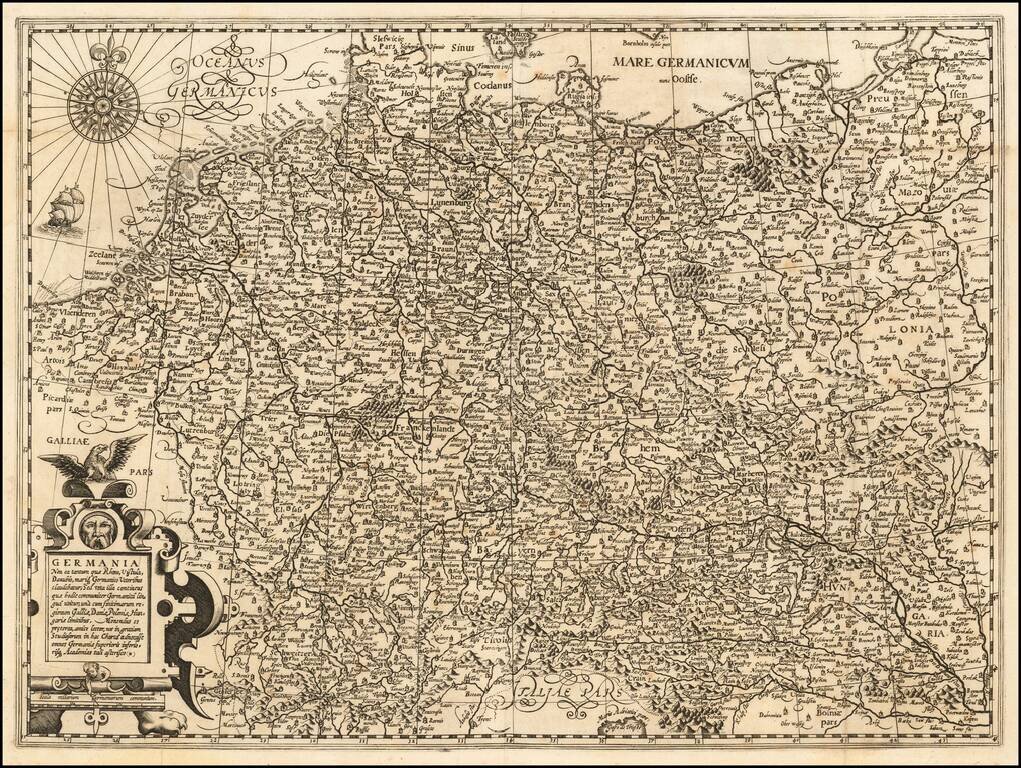