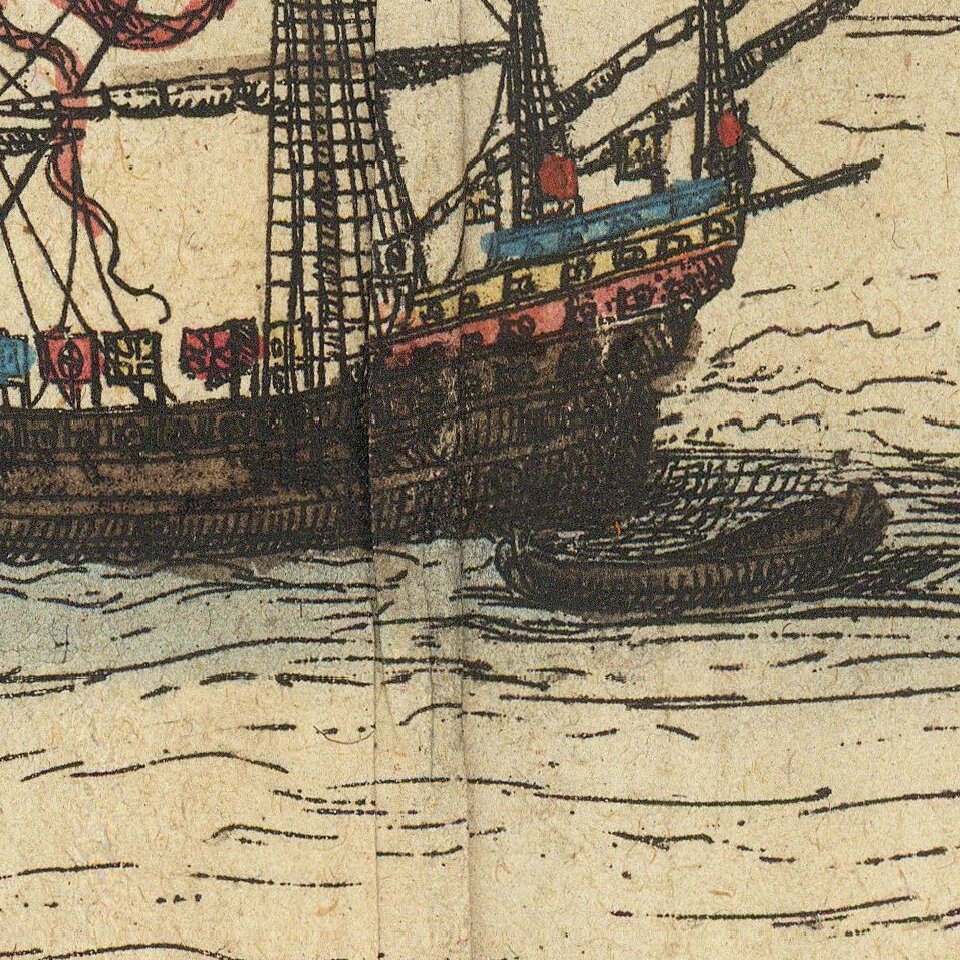 A view of Lisbon and Cascale, which first appeared in Braun and Hogenburg's Civitates Orbis Terrarum. Lisbon is shown as a great port city, with many large ships in its harbor. In the city, castles, churches, port buildings, and citizens can all be seen. Few, if any, of the buildings shown in this map survive to the present day due to a 1755 earthquake leveling much of the city.

Further down the Tagus from Lisbon lie two smaller towns, Cascais and Belem, as they are now known, both pictured in the lower map. These were successful trading and fishing cities, who used their proximity to Lisbon to their advantage. Belem was also particularly popular with royals, and the building the town appears to be built around was likely a royal palace or monastery. The tower on an island in the Tagus predates that which was built by Peter II in the late 17th century. At present, almost all the region shown in this second map is occupied by the suburbs of Lisbon. 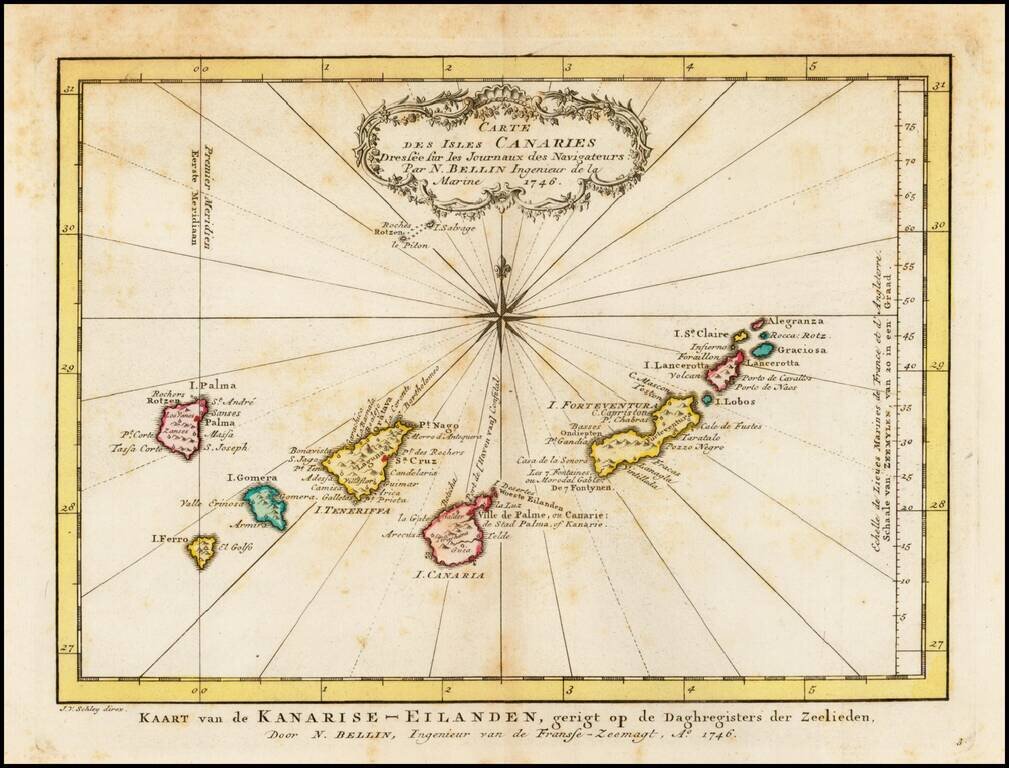 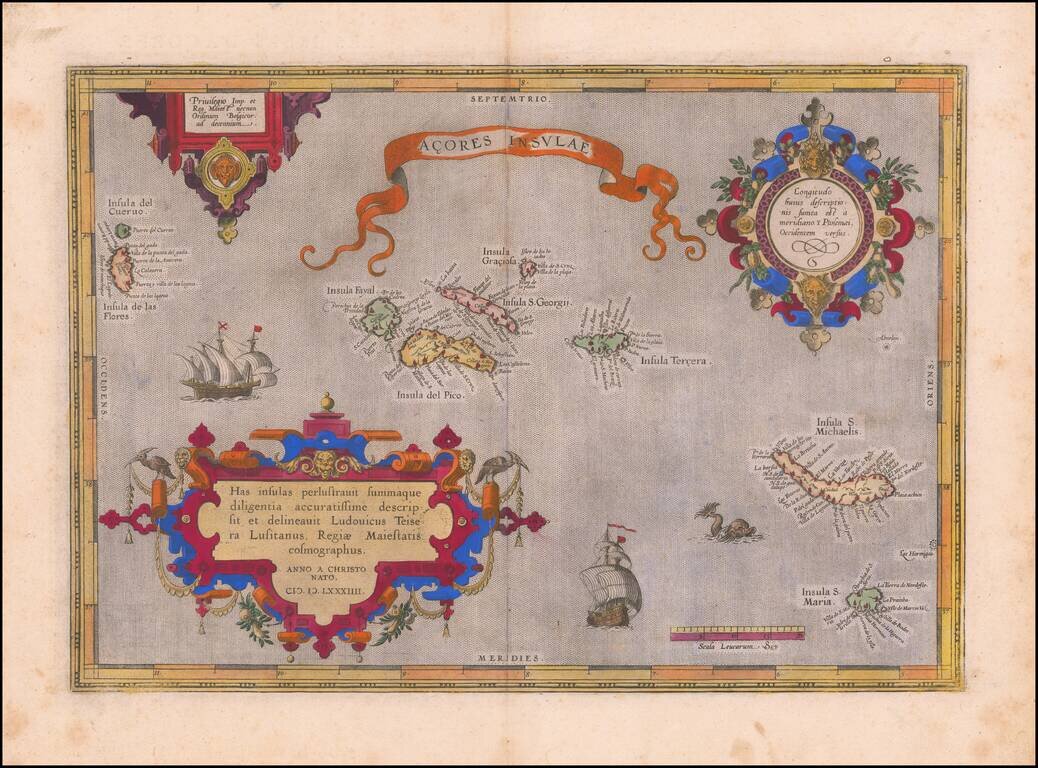 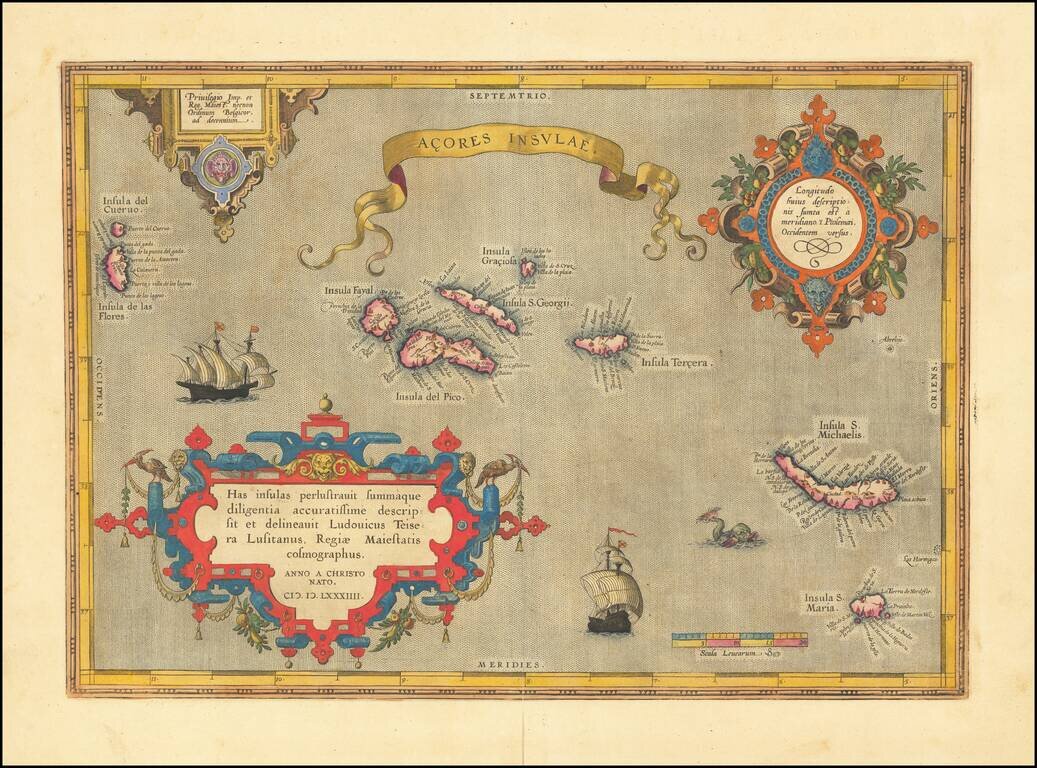