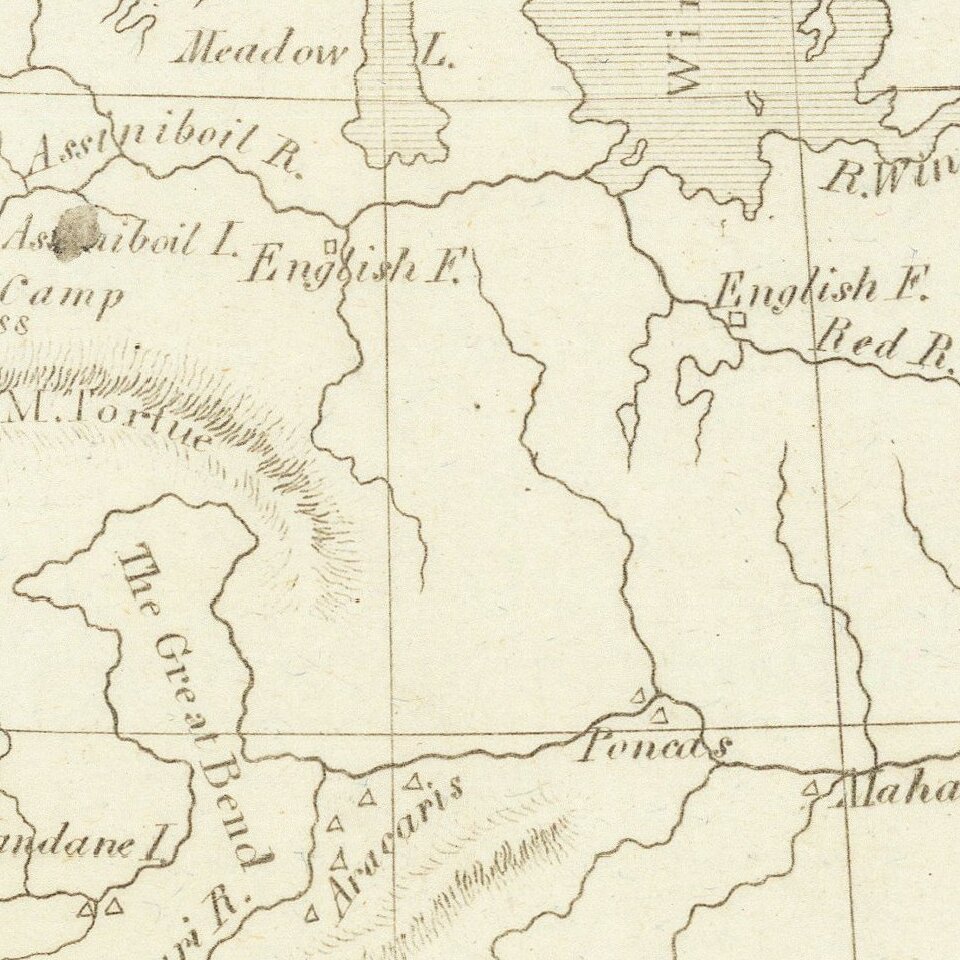 Nice example of Arrowsmith & Lewis's map of Louisiana Territory, first published shortly after the completion of the Louisiana Purchase and about the time Lewis & Clark set out to explore the Upper Missouri River in search of a navigable route to the Pacific Ocean.

As noted by Wheat, the map

was unquestionably the offspring of the notable map originating a decade earlier when the Spanish Governor of Louisiana enlisted Antoine Soulard, to make for him an up-to-date map of the Upper Missisisippi and Missouri Basins. . . . the resulting effort, in its original Spanish version, was apparently sent by Governor Carondolet to Spain, where it has seemingly disappeared; that a French version drawn by Soulard is today preserved in Paris; that this was followed by an English version which Lewis and Clark apparently carried with them on their journey, and that another Spanish version now in Madrid . . . How, where or when Samuel Lewis of Philadelphia came by Soulard's map is not explained, nor is its original author, Antoine Soulard, given credit for what was a remarkable map, considering the time and the locale of its production.

Engraved by Henry Schenk Tanner, the map is one of Tanner's earliest works and a forerunner to many of the most important maps of the Transmissisippi West.

The cartography of the region west of the Mississippi depicted on this map is described by Wheat in his Mapping the Transmississippi West, for over 5 pages, noting all of the firsts and important features. Certainly this was the best widely circulated map of the region prior to the explorations of Lewis & Clark. Lewis and Soulard incorporate the maps of John Evans, James Mackay, Jacques d'Eglise and Jean Baptiste Truteau, each of which existed only in manuscript form.

As Wheat states, until Lewis and Clark's own map appeared in print in 1814, the Soulard map, in the version offered to the public by Arrowsmith & Lewis in 1804, constituted the most ambitious, and --despite its many obvious infirmities--the most informative published attempt to portray the West and Northwest of what is now the United States.

An essential map of the American West.