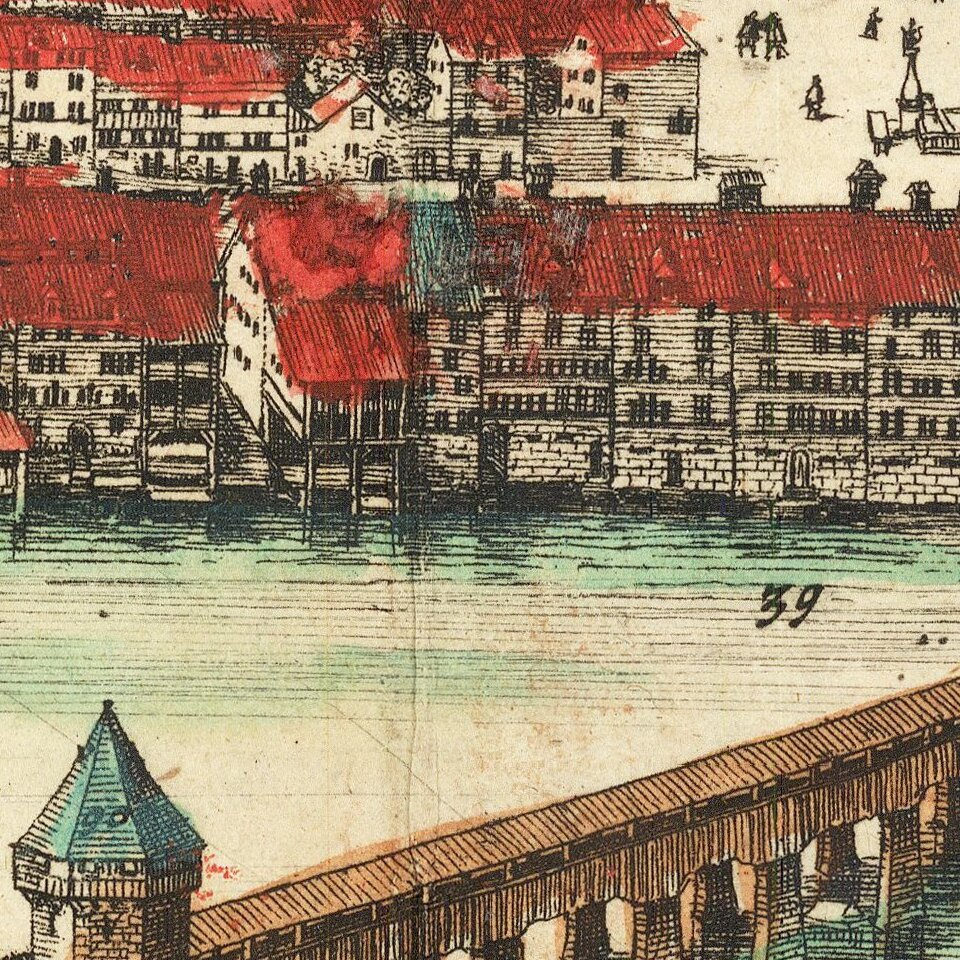 Fantastic etched view of Lucerne, Switzerland, by Wenceslaus Hollar, one of the best practitioners of the art in the 17th century.

As is typical of his work, here Hollar elevates the depiction of Lucerne above what we expect from a bird's eye view; it is not just the detail of his image, but the realism that transports the viewer into the streets of the Medieval town.

Next to the 95-point legend, there is an image of Leodegar of Poitiers having his eye gouged out -- the Church of St. Leodegar in Lucerne had been completed in 1633-39, shortly before the view was drawn.

The view is signed by Hollar just above the number "73." in the legend at the lower left.

Penington, A descriptive catalogue of the etched works of Wenceslaus Hollar, 1607-1677, number 861, state i. 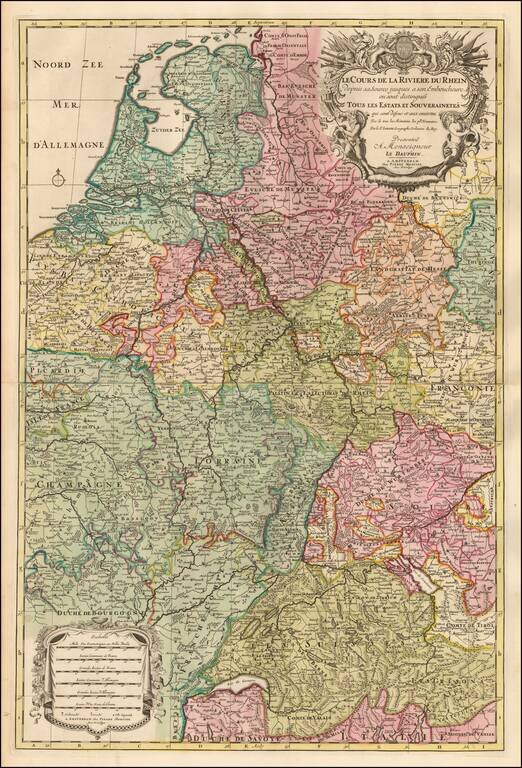