Old hand-color example of this early plan of Luxembourg, from Braun & Hogenberg's Civitates Orbis Terrarum, the first major atlas of City Plans and Views, based upon the work of Jacob Van Deventer.

The cartouche translates as follows:

Luxembourg, old capital of the duchy of the same name, [...] it was once noteworthy on account of a fortress, a Benedictine monastery and a funerary chapel of the dukes.

The text on the verso translates as follows:

Although in Luxembourg a large part of the population is German, court proceedings are conducted partly in German and partly in French, according to whether the towns or villages use one language more than the other. For since Luxembourg borders on France and Germany, people use the customs and language of whichever country is nearest. The houses of the townspeople are well kept, but those that were destroyed in the course of numerous military conflicts have not always been rebuilt and remain partly deserted and empty. Luxembourg is fortified, but it lies in a hilly landscape, partly on top of the mountains, partly in relatively deep valleys, and hence has a very irregular appearance." The bird's-eye view from the south illustrates the city's solid ramparts and its location on the River Alzette with its loop around the Bock rock. Lucilinburhuc castle was acquired in AD 963 by Count Sigefroi. In 987 the archbishop of Trier consecrated the castle chapel, which stood on the site today occupied by the church of Saint-Michel. In 1354 Luxembourg was elevated from a county to a duchy. It was captured by Burgundy in 1443 under Philip the Good. Under Louis XIV the city was annexed to France (1684-1697) and transformed into one of the most formidable fortresses in Europe by the architect Sébastien Le Prestre Marquis de Vauban. 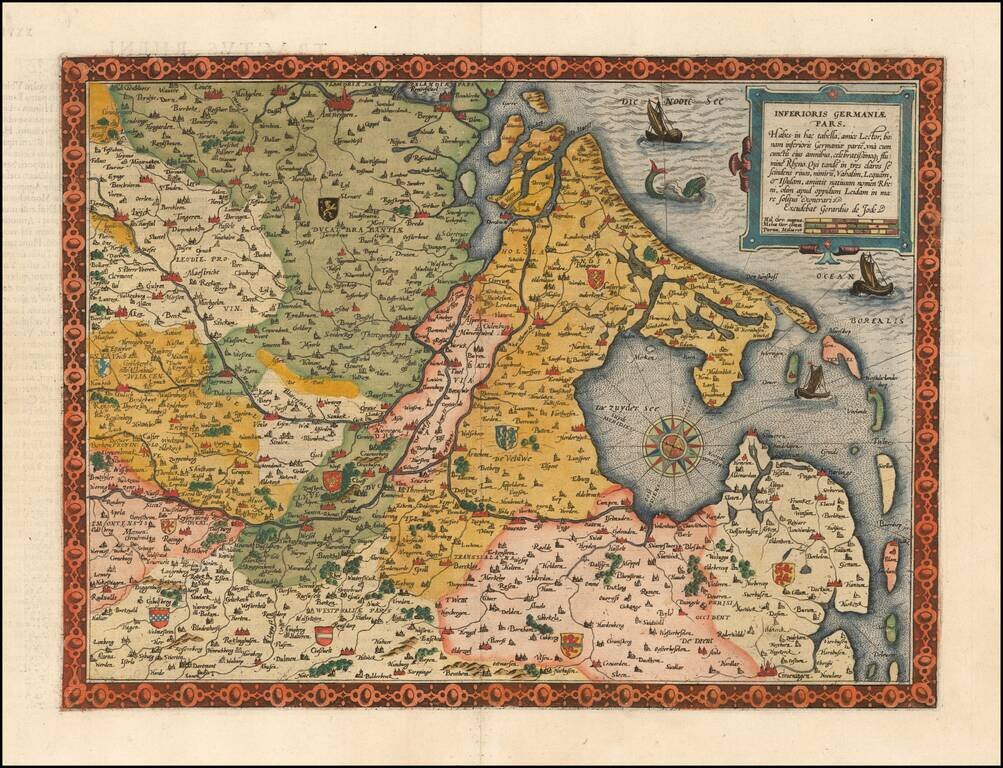 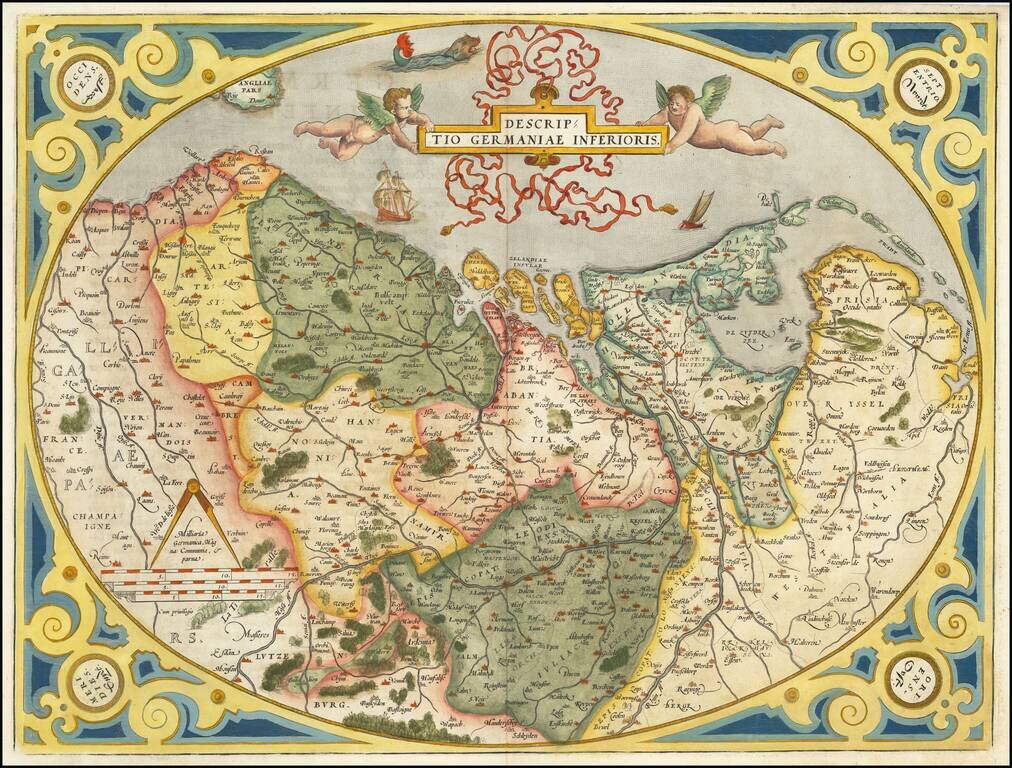 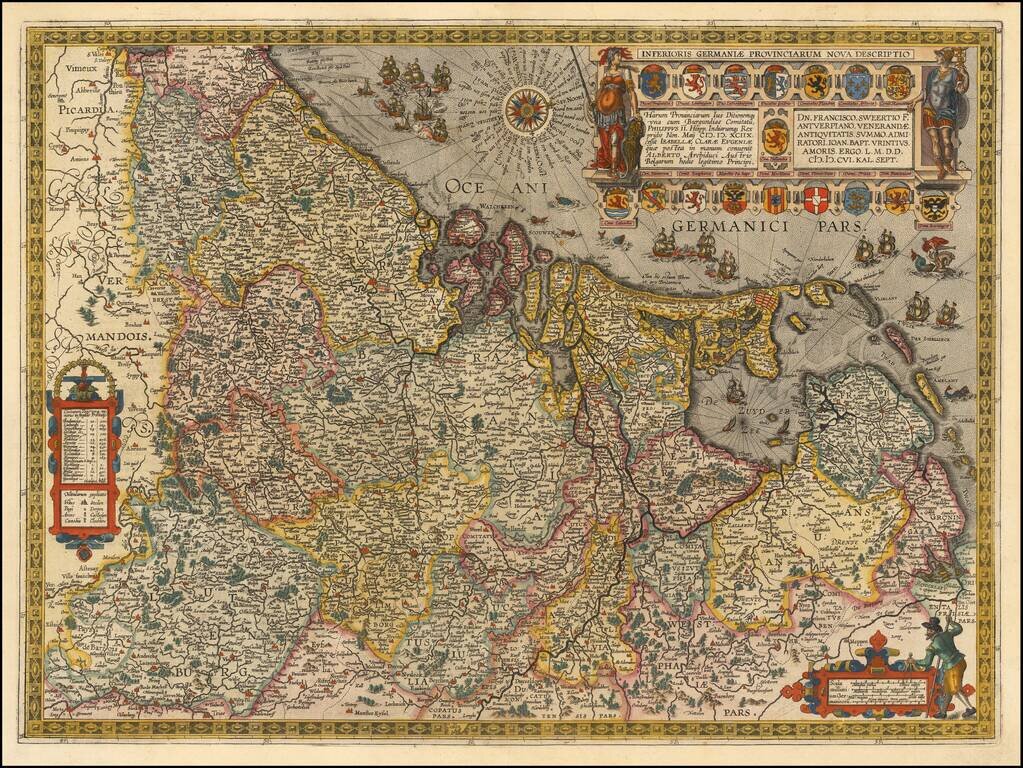