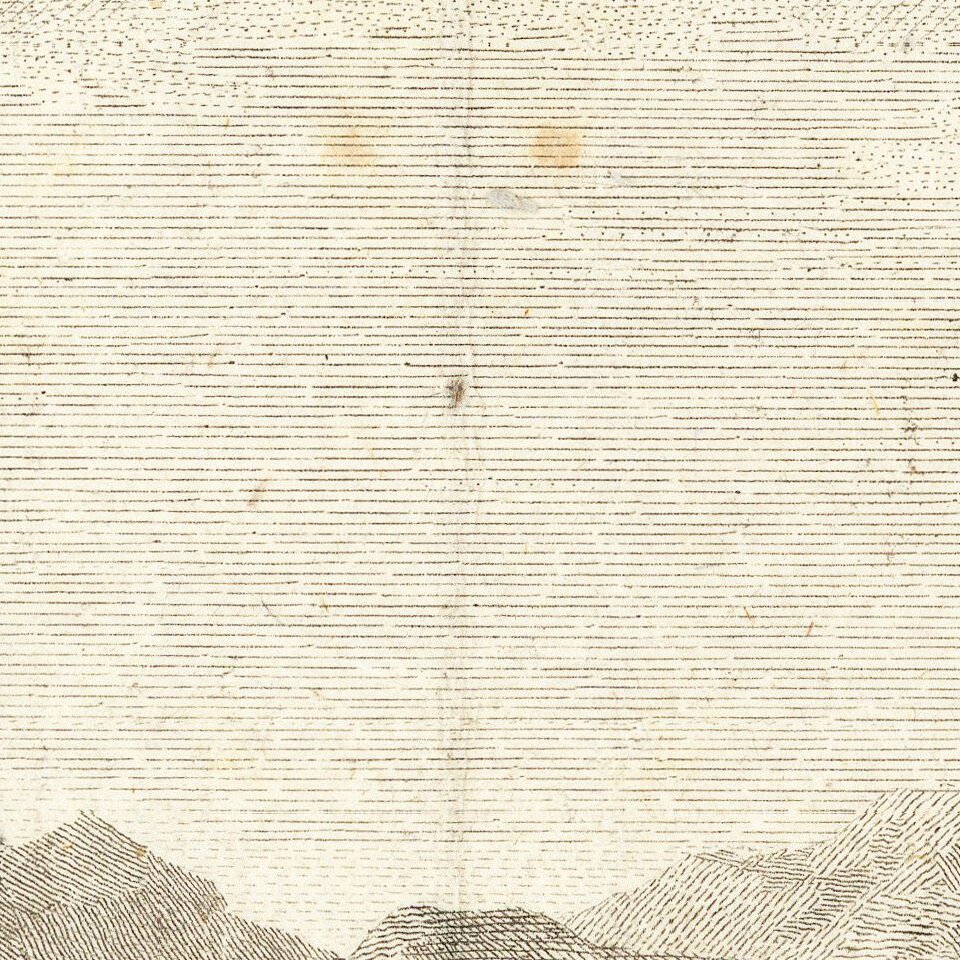 Fine example of this skillfully-engraved view of Macao, based upon drawings taken by Wilhelm Gottlieb Tilesius in 1805-6, which appeared in the atlas to accompany Ivan Federovich von Krusenstern's account of the first Russian circumnavigation.

The view shows Macao as if seen from a ship in the harbor. The city’s buildings stretch into the hills, with large factories and warehouses along the shore. Macao was an important entrepot for Europeans in China; foreign ships had to stop here first, before proceeding to Canton. A line of vessels—big and small, European and Chinese in origin—are arrayed in the water.

The Krusenstern expedition spent three months in Macao, after having narrowly avoided a pirate fleet as they entered the harbor. While there, the Russians sold furs gathered in Russian North America and took on tea to sell upon their return to Russia.