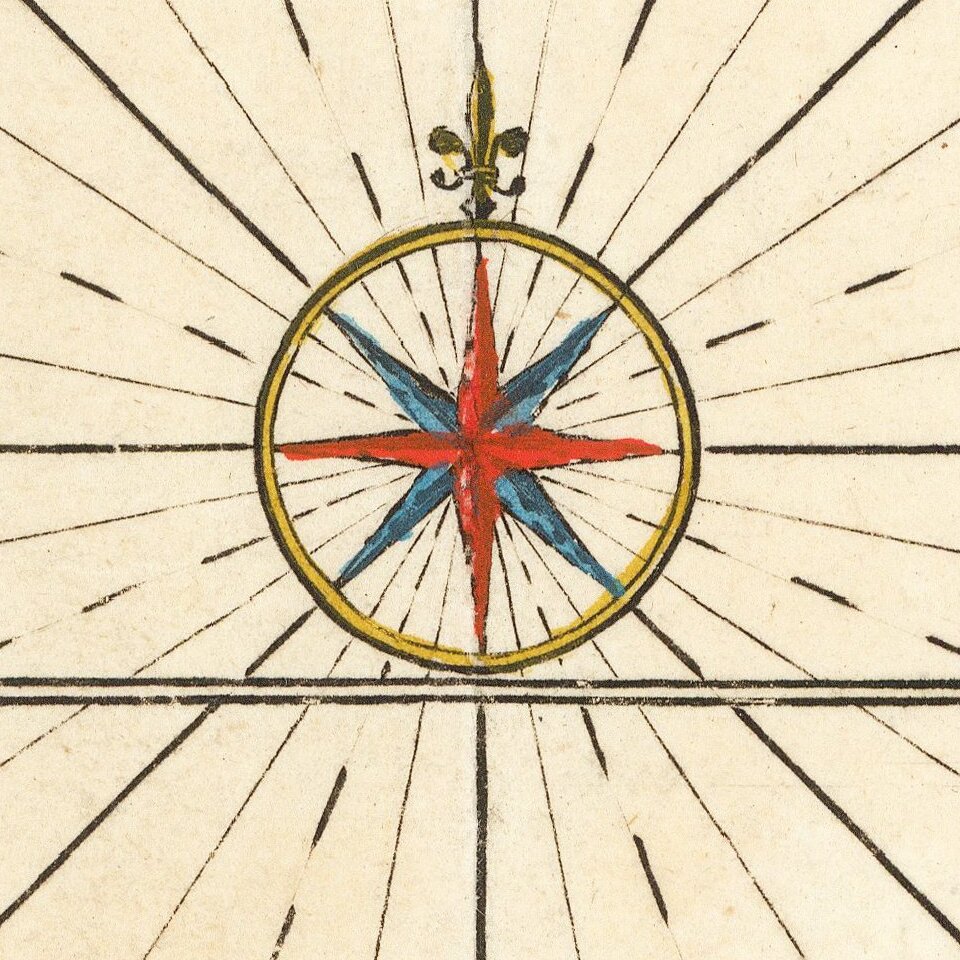 Fine old colored example of first state of De Wit's map of the Pacific Ocean, featuring California as an Island and important early projections of Australia and New Zealand.

The finely engraved sea chart was first published in De Wit's Orbis Maritimus ofte Zee Atlas in 1675. The chart shows a post Tasman East Indies. Based on the prototype by Van Loon issued in 1661 in his Klaer Lichtende Noort-Ster Ofte Zee Atlas, a number of other map makers made near identical charts using the same orientation, including Goos (1666), Doncker (1669) and Seller (1670).

The depiction of Australasia is captivating. The chart includes the Dutch discoveries made up to Abel Tasman's second voyage of 1644, including the outlines of 'Anthoni van Diemens Landt' (Tasmania) and the partial outlines of New Zealand, discovered in 1642-3. Further north are the discoveries made in 1606 by Willem Janszoon aboard the Duyfkin, including the shorelines of the Gulf of Carpentaria and New Guinea.

The portrayal of Japan is also curious. While Honshu and Kyushu take on a modern form, the area around where Hokkaido should be situated features the mysterious ''T Land van Eso' and 'Compagnies Landt', cartographic misperceptions that appeared on maps from 1658 to until the 1790s.

The first appearance of Compagnies Land was on Jan Jansson's 1658 map Nova et Accurata Japoniae Terrae Esonis, which was based on the reports from the explorations Maerten de Vries and Cornelis Jansz Coen. In 1643, Vries and Coen were dispatched by the Dutch East India Company (VOC) to search for supposed islands rumored to be rich in silver to the north of Japan. While they sighted part of Hokkaido and perhaps the Kuril Islands, they evidently failed to map the area in a comprehensive fashion. The geography of the region would not be accurately understood by Europeans until the voyage of La Pérouse in the late 1780s.

Decorated with 4 sailing ships, compass rose, rhumb lines and a striking cartouche, surmounted by Magellan's portrait. One of the best Pacific Ocean Maps of the period. 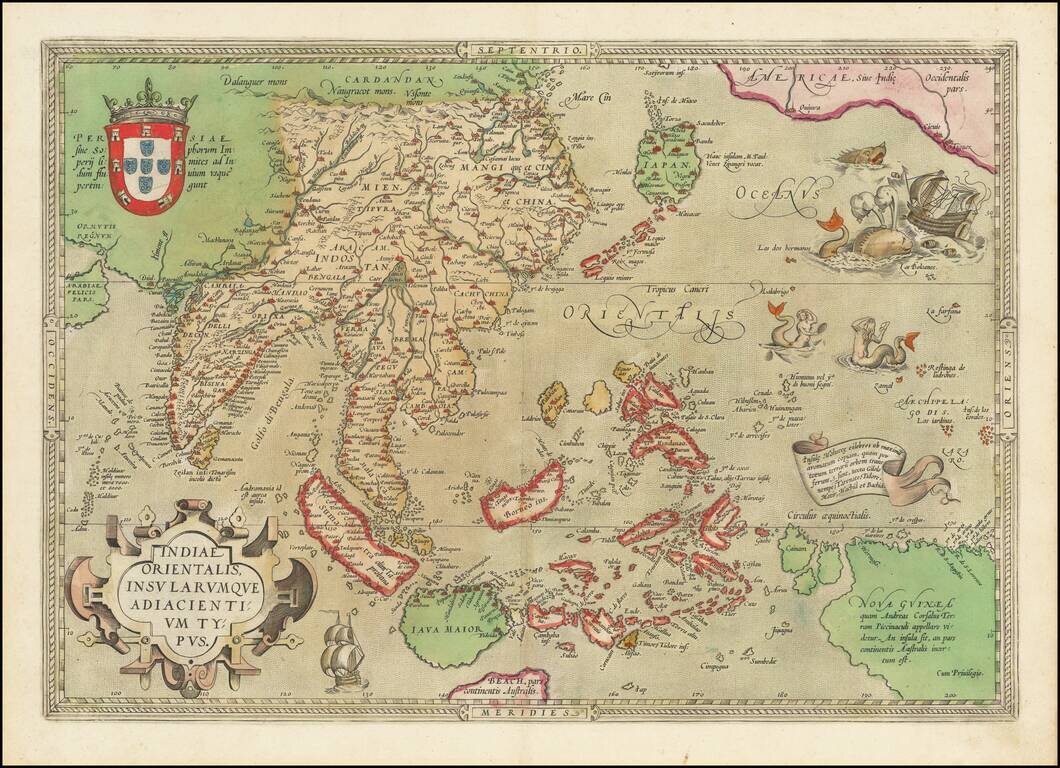