1880. Map of Mountain Park Observatory Grounds in the Township of West Hoboken, N.J. The Property of John Winkler.

Map of Mountain Park Observatory Grounds in the Township of West Hoboken, N.J. The Property of John Winkler. information: 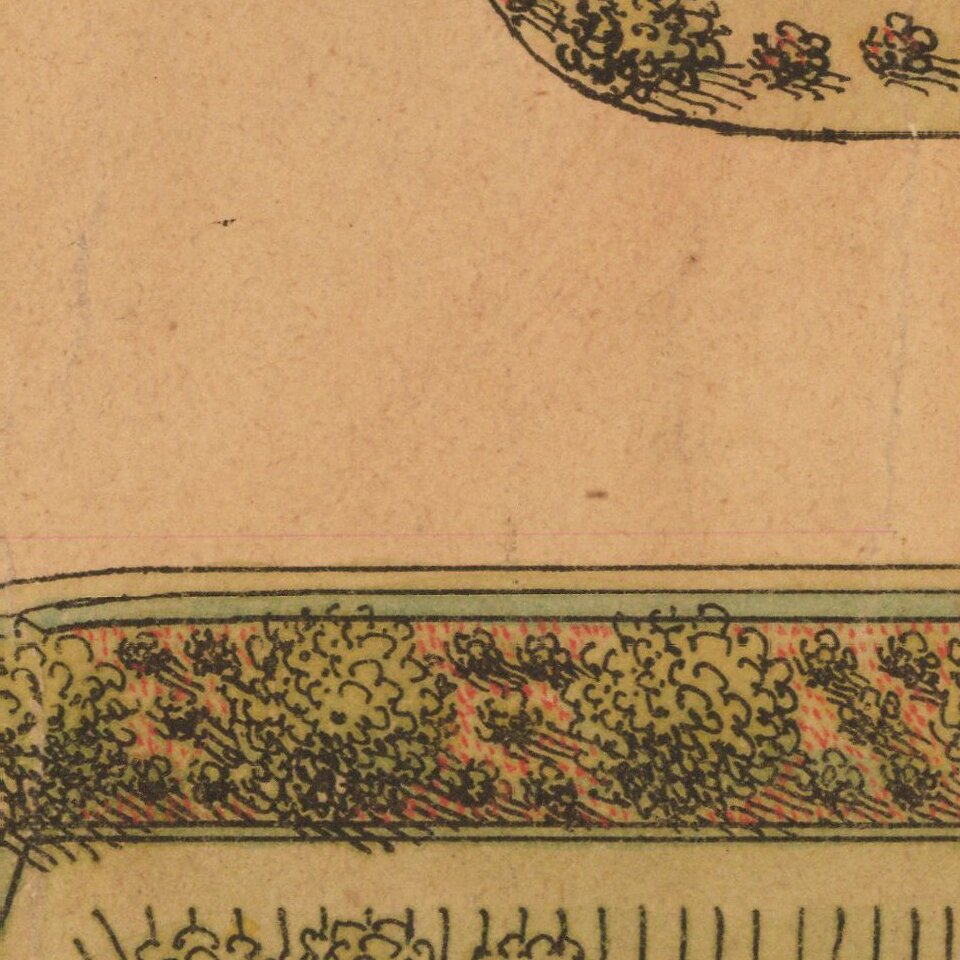 A Gilded Age Design for an Observatory Overlooking Manhattan.

This plan reflects Heissinger's work on theme-park type developments around New York. He also designed Starin's Glen Island, as well as hotels and hotel grounds. His work can be described as part of the first wave of development of the American theme park.

The top of the Observatory which is about 335 feet above the level of the Hudson River is situated on the highest peak of the rocky range of land most projecting out on the Western Shore of the Hudson River within 3 1/4 miles from the City Hall, New York. The view is the most extensive that can be had anywhere near New York. Steamers, Ferryboats and Vessels as well as Locomotives, Warehouses and Shipping docks are full of life every day immediately below.

The upper right corner features a pasted-on view of Manhattan with Wehauken and Hoboken in the foreground. Below, it is titled "View of New York Harbor, North & East River." The observatory is drawn onto the view. The whole format of that section of the plan gives this example an in-process or proof-print quality.

The design of the park is characteristic of Heissinger's work; it features winding paths, extensive gardens, pavilions, grottos, and fountains.

Franz Xaver Heissinger was a landscape architect who began his career in Munich.  He seems to have been active in Switzerland planning parks and gardens in the Luzern area in the mid-1860s.

By 1873, he was commissioned to design a plan for the new city of Helvetia (Schweizer-Siedlung) and also exhibited his plans at the Vienna Exhibition in 1873.

He would later move to New York, where he designed a number of hotel gardens, parks, and similar installations.