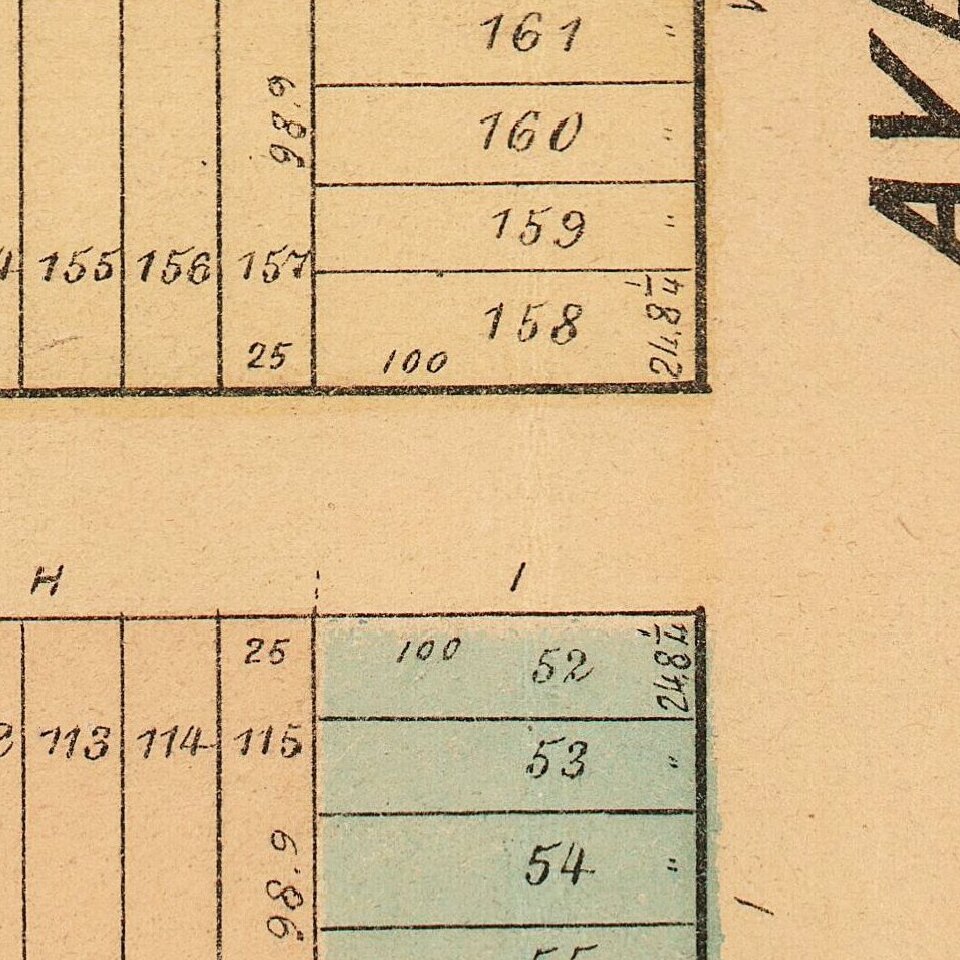 A rare and highly detailed separate issue 1869 John Bute Holmes map of the Chelsea neighborhood of Manhattan, New York City. The map covers from the Hudson River to 7th Avenue and from 19th to 29th street. Like all of Holmes' important neighborhood maps, the present map focuses on the mid-19th century breakup of the great Manhattan estates into property lots. In the present example the focuses on the estates of Franklin, Robinson, heiress Janet de Kay (1802 - 1854), shipbuilder Henry Eckford (1775 - 1832), heiress Mary Clarke, and the academic and heir Clement Clarke Moore (1779 - 1863).

Retired British Army Captain Thomas Clarke acquired a large 94 acre country estate in Manhattan (as odd as that sounds) in 1750. The deed, which was quoted in the New York Times, describes it as

all that farm or plantation in the Bassau Bowery on the West side of Manhattan Island, bounded on the west by the Hudson River, on the east by land of John Horn, on the north by the land of Widow Cowenhoven and Brandt Schuyer, on the south by land of Sir Peter Warren and Yellis Mandeville.

In modern terms, the approximate extant of the estate was from 8th Avenue to the Hudson River from 21st to 24th streets. Here, Clarke built a grand mansion which he named Chelsea, referencing London's Chelsea Hospital, a home for aged veterans, which he in fact was. The lands were eventually broken up among his heirs until the mid-19th century, when the estates were fully broken up and broken into smaller lots to accommodate the Manhattan grid system and rapid urban growth of the city.

Quite the long winded description!