1849. Map of the Gold Regions of California. Showing the Routes via Chagres and Panama, Cape Horn &c.

Map of the Gold Regions of California. Showing the Routes via Chagres and Panama, Cape Horn &c. information: 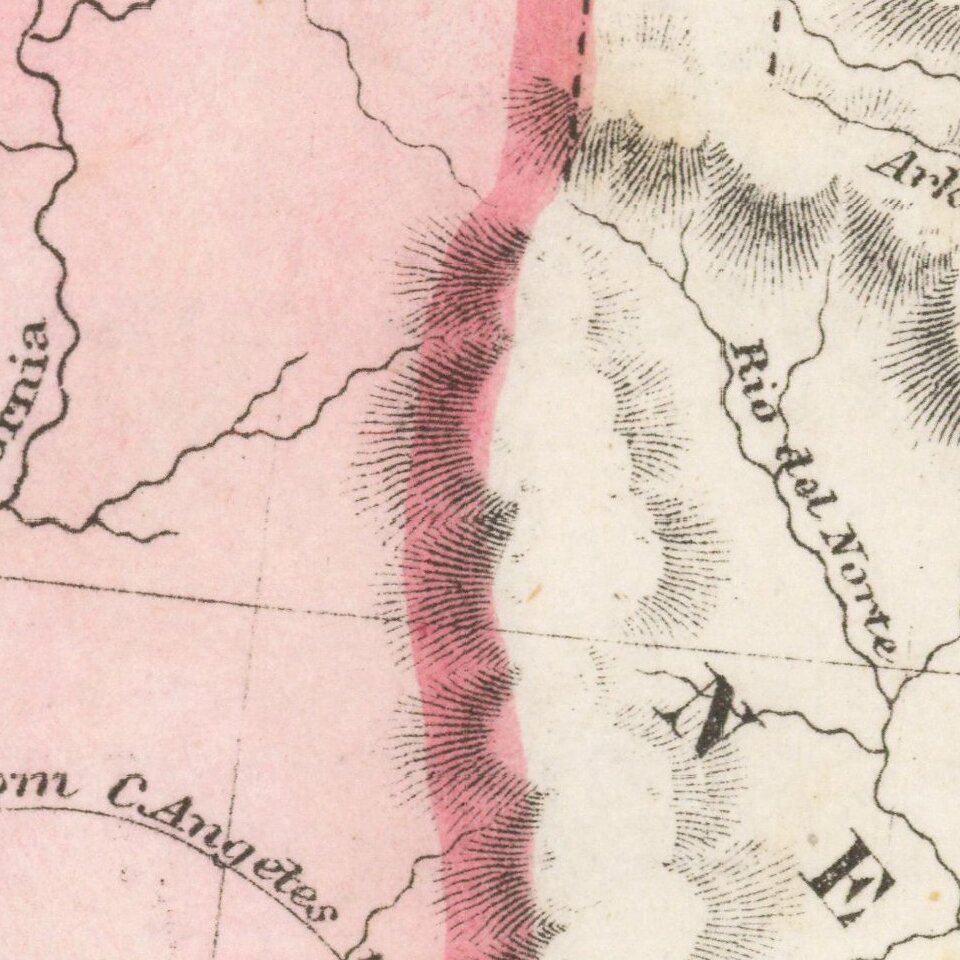 Striking example of Ensign & Thayer's rare promotional broadside map showing the routes from the east coast to the Gold Regions of California.

The broadside consists of a large map of Upper California, a second map of America showing the various water routes to the Gold Regions via Panama, Cape Horn. A route across Mexico between Vera Cruz and Mazatlan, is described as "the cheapest, quickest and safest," although to "prevent the danger of being attacked by robbers through Mexico, persons should go in parties of 40 to 50 or more."

The broadside includes a fantastic overview of the Gold Regions, including the following brief history, "the Gold mines of California were known to have existed in the 16th Century, for as early as 1578 . . . the Jesuits were in possession of certain tracts which they knew to be of more than ordinary value . . ." There is a discussion of the geographical, topographical and other features of the Gold Region, "the whole valley abounds with wild cattle, horses, elk, deer, antelopes, grizzly bears, partridges, water fowl, salmon, &c." It concludes with a glowing report of the quality and quantity of gold to be found.

While a number of early promotional maps for the Gold Regions survive, none captures the essence of the rush better than Ensign & Thayer's work. Printed on thin paper, it was known in two editions, one with the publisher's name and one without, the latter having a thinner ornamental border. The thin bordered edition is believed to have been bound into a few examples of T.J. Farnham's important work on California, although very few copies contain the map. This example was in fact included in a copy of the Pictorial Edition of Farnham's travels, published in 1849.

The map is very rare on the market. The last copy to appear at auction was in the Streeter Sale in 1968, where this edition and the wider bordered version brought $200 and $275 respectively. This is the second example we have ever offered for sale. 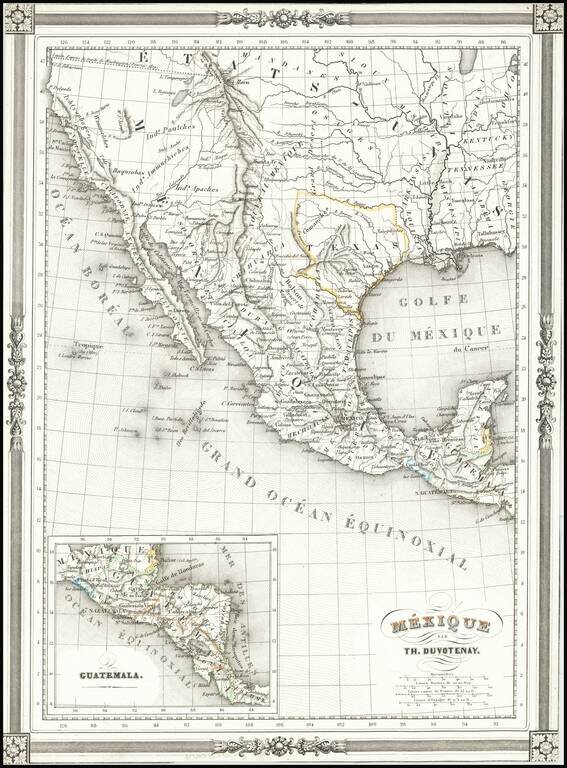 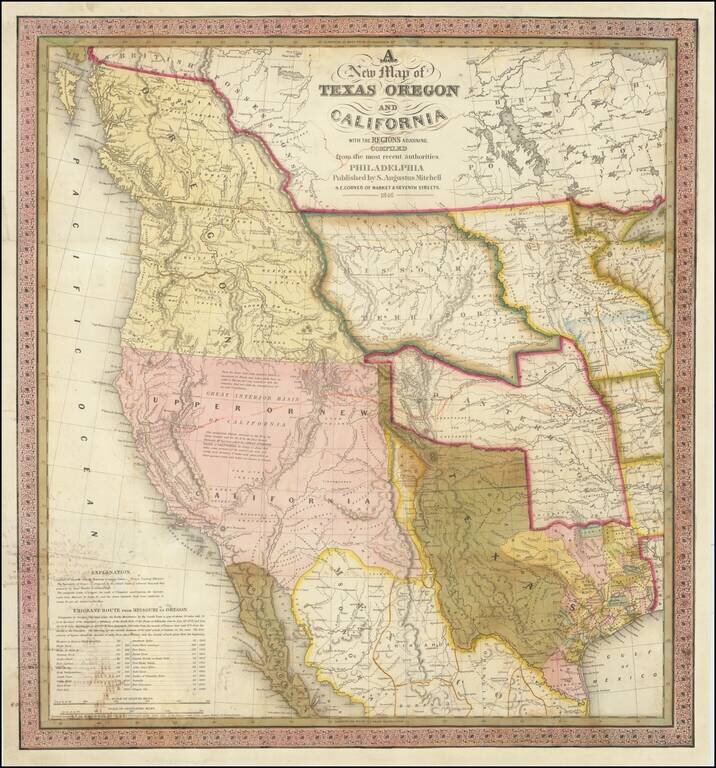