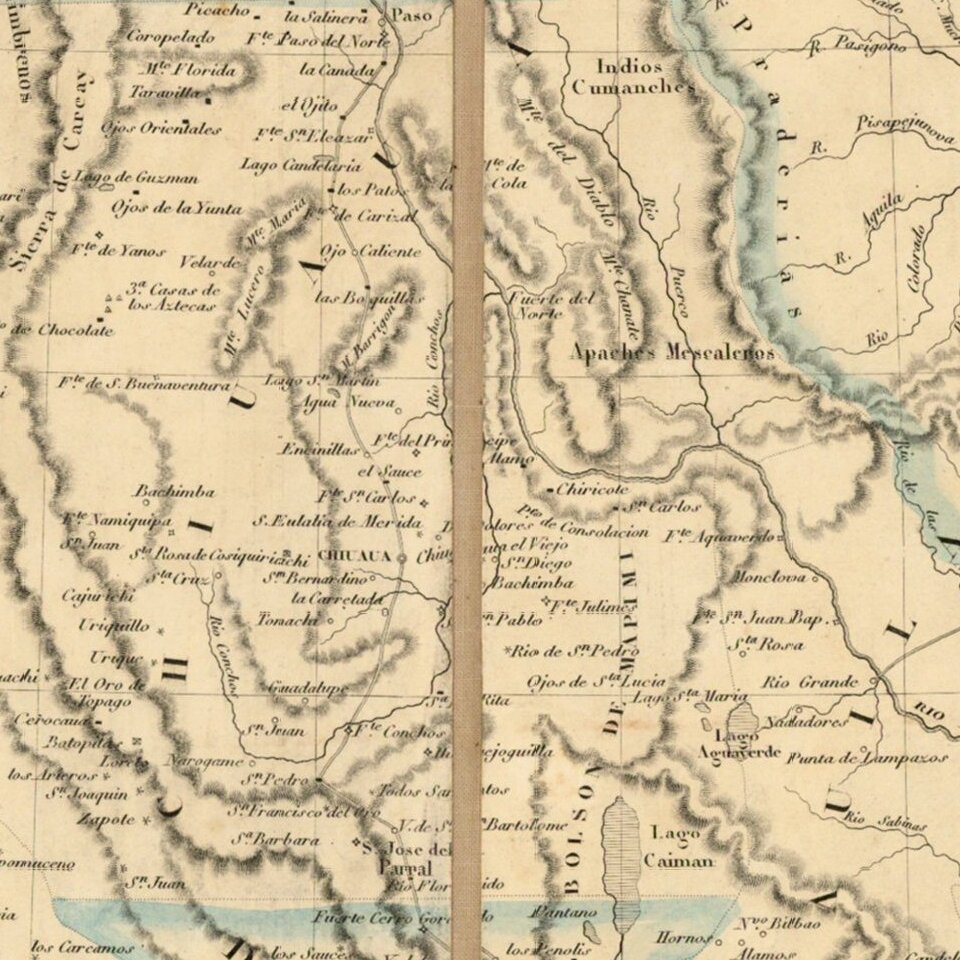 Rare second edition of the so-called Rosa map of Mexico, first published in Paris in 1837 and re-issued in 1851, at the request of the Congress of Mexico.

Rosa's map is perhaps the rarest of the so-called Treaty Map sequence, which shaped the original boundary between Mexico and the United States under the Treaty of Guadalupe Hidalgo and necessitated the Gadsden Purchase.

The map begins with Henry Tanner's 1825 map of Mexico. The first edition of the Tanner correctly located the place name Paso in Texas. However, for the second edition, the name Paso was moved to the south. In 1828, White Gallaher & White copied Tanner's incorrect location of the Paso, when they produced their Mapa de los Estados Unidos de Méjico. This map would in turn be re-used by John Disturnell in 1846, during the Mexican War, when interest in Mexico was renewed in the United States.

In 1847, a copy of the Disturnell map was utilized to negotiate and memorialize the boundary in the Treaty of Guadalupe Hidalgo. The Treaty noted the location of Paso as part of the delineation of the border, resulting in a description which located the boundary south of the location intended by the Americans. Together the Tanner, White, Gallaher & White, and Disturnell maps represent the cartographic lineage for the mistaken location of the US-Mexico border which resulted in the boundary dispute created by the errors in Disturnell's map, following the Treaty of Guadalupe Hidalgo.

Little is known about the Rosa map. Even its author is a bit of a mystery, as his first name is not known. First published in 1837, it is a clear copy of Tanner's map, copied from the 1834 edition, immediately following the creation of the Republic of Texas. Prepared apparently at the request of the Mexican Government, the 1851 Rosa map would become a part of the Treaty debate when it was introduced in the negotiations between Mexico and the United States in 1853, during what would become known as the Gadsden Treaty.

The Rosa map is regarded as the rarest of the Treaty Sequence maps, especially in this 1851 edition. As noted by Katherine R. Goodwin at time of the University of Texas's acquisition of its copy of the 1837 edition of the map:

The library, prior to this acquisition, held editions of all the pertinent maps relating to the Treaty of Guadalupe-Hidalgo except the Rosa map. These holdings comprise a number of editions and states of the Disturnell map, the White, Gallaher and White map, and Henry S. Tanner's maps, including that map's cartographic sources. The addition of the Rosa map completes the sequence. The evolution of the treaty map is most important to the history of Texas and the United States, and especially to the history of the Mexican-American War of 1846-1848, the subsequent boundary disputes between the United States and Mexico, and the evolution of the boundaries of the state of Texas.

While little is known about Rosa, his connection to the mapping of Mexico is quite clear. Rosa was the publisher of an edition of of Humboldt's Essai politique sur le royaume de la Nouvelle-Espagne in 1822 ( Ensayo politico sobre el reino de la Nueva-España. Traducido al español por Vicente Gonzalez Arnao) as well as other works on Mexico and Latin America from the 1820s to the 1850s. Tooley notes an edition of the map published in 1822, but his is almost certainly an error.

OCLC locates 2 examples of this 1851 edition. 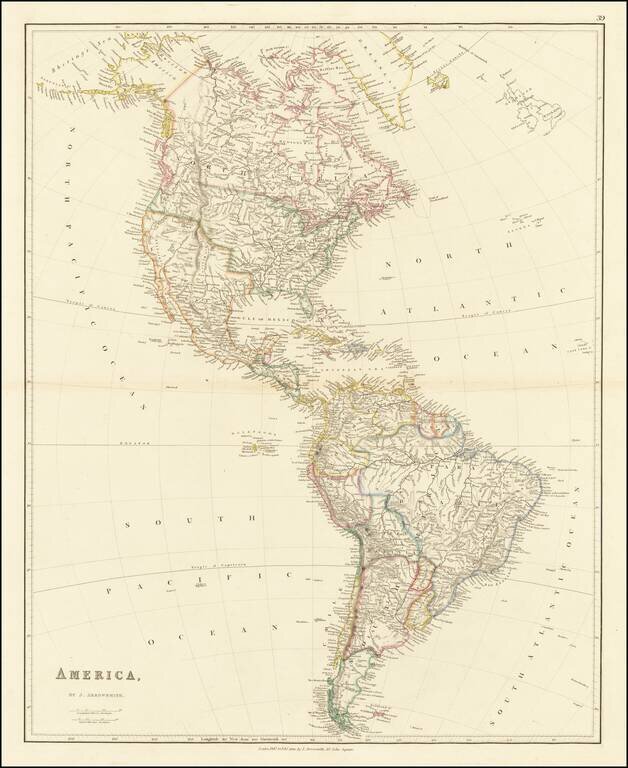