A Landmark Map of Colombia

Spectacular large format map of Colombia and Venezuela, credited to Don Felipe Bauza, son of Felipe Bauza y Canas, who served as the Hydrographer on Alessandro Malaspina's expedition to the Pacific (1788-1794), and would go on to become the head of the Spanish Hydrographical Office (1815-1823) and one of the most respected mapmakers of his generation.

Bauza the elder was the main cartographer of the Malaspina Expedition to the Americas, Oceania and Australasia between 1789 and 1794. At the end of that expedition he travelled across South America by land and created a map of the Andes. In 1797 he started working at the Hydrography Office in Madrid, of which he became director in 1815. He was honored with the Russian Cross of St Vladimir in 1816 and was elected a Foreign Member of the Royal Society of London in 1819.

In 1823, due to the renewed persecution of liberals by King Ferdinand VII of Spain, Bauzá was sentenced to death and had to flee to London with his son, while his wife and daughter remained in Madrid. He took with him his large collection of geographical documents and maps of the Americas and Spain. As noted in correspondence with the British Government in 1823, Bauza brought his collection to London with the object of publishing the maps to support his family, which he likely undertook with a relative, Jose Maria Cardano, who had also fled Spain to London in the same time period.

Following his death, the ritish Library acquired a large quantity of his maps, which it continues to hold as the Bauzá Collection, considered to be the most important collection of maps of Latin America outside of the collections of the Spanish national Government.

While the political intrigue clearly delayed publication of the map until 1841, the content of Bauza's map of the Territory of Colombia remained relevant and of the highest import. As noted in the official report of the Venezuela-British Guiana boundary arbitration

The . . . map . . . of 1841 (is) by the Spanish engineer, Dem Felipe Bauza, comprising various provinces and parts of others, among these Guiana. It is founded upon the work of Churucca, and Fidalgo, as well as that Ferrer, and very particularly upon that of Baron de Humboldt, and on the unpublished charts and private plans of Solano, and on those of the campaign of General Murillo, and many documents of the officers of the Royal Armarda, Doz and Guerrero, and of the engineers Cramer and Primo de Rivera, of Don Jose de Inciarte and of the pilot of the Spanish trade to the Indies, Don Joaquin Morreno. It is duly certified in Madrid on May 4, 1898, by the archivist of the Archives of the Hydrographic Office, Senor Joaquin de Ariza, for James H. Reddan, Commissioner of the Government of Her Britannic Majesty. It shows all of the towns, villages, places, existing and ruined, missions, ranches, farms, sugar mills, cattle farms, castles, towers, Indian villages, silver mines, trails, roads and royal highways. It gives as the boundaries of British Guiana a line which starts from a point on Moruka Creek and runs in a southwesterly direction to the Rinocote Mountains, and from thence runs to the southeast and terminates at the source of the Pomeroon River, apparently in conformity with that of Humboldt, which is elsewhere analyzed.

OCLC locates 1 copy (Library of Congress). We have offered the map for sale once in the past 25 years. 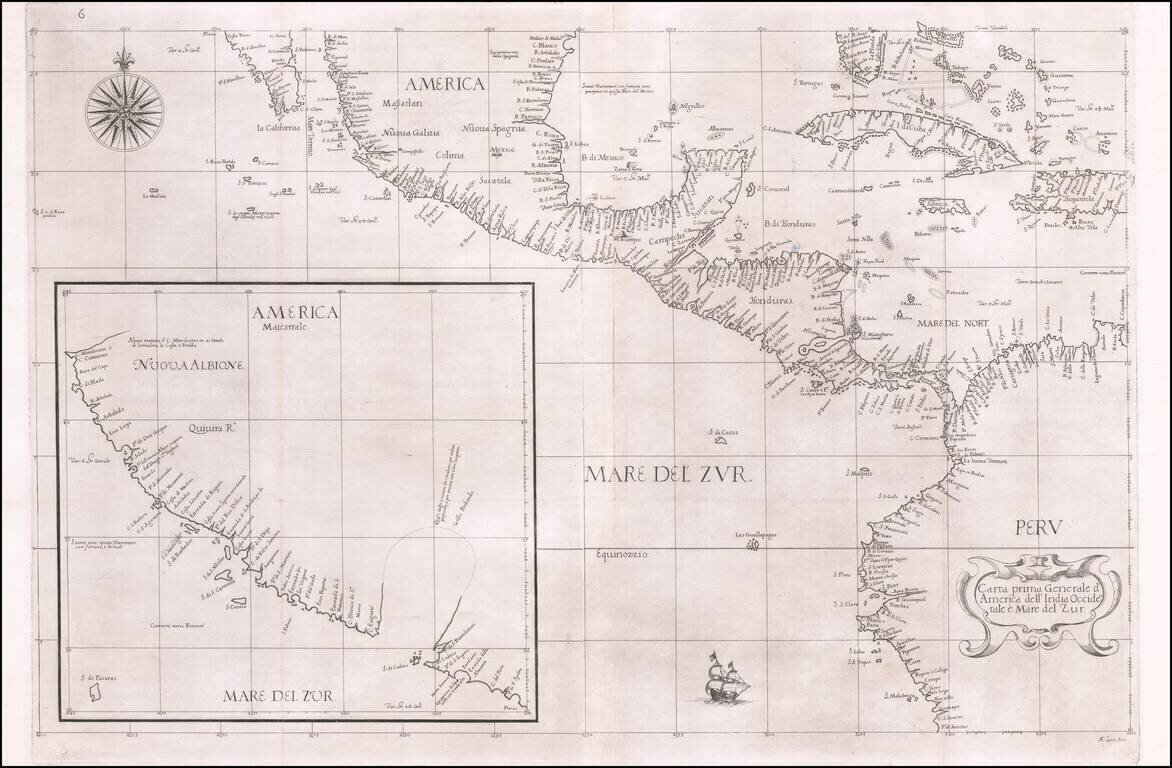 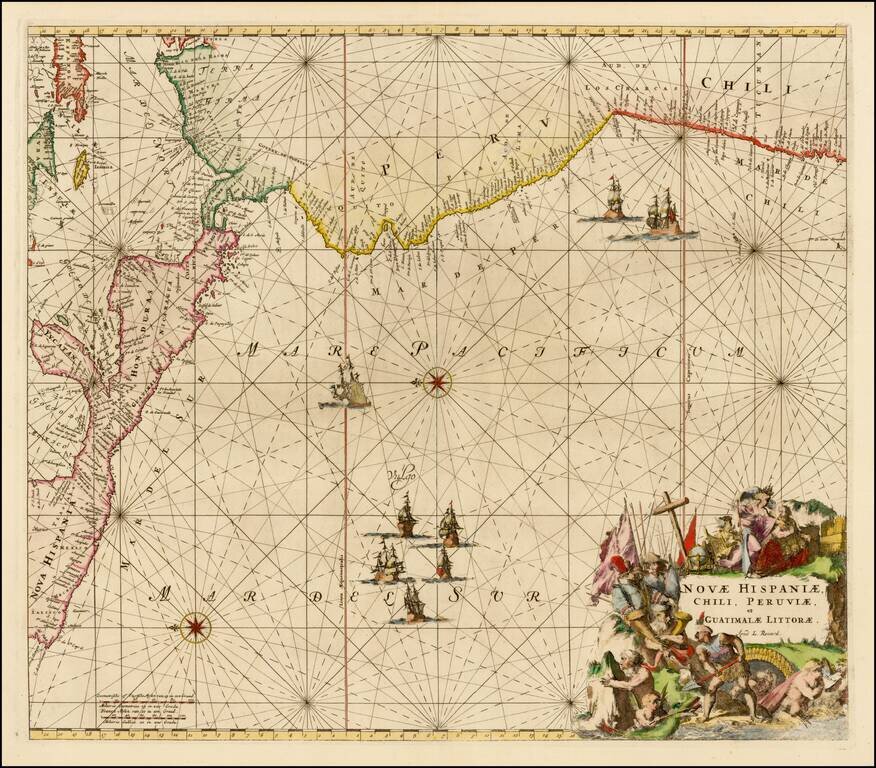 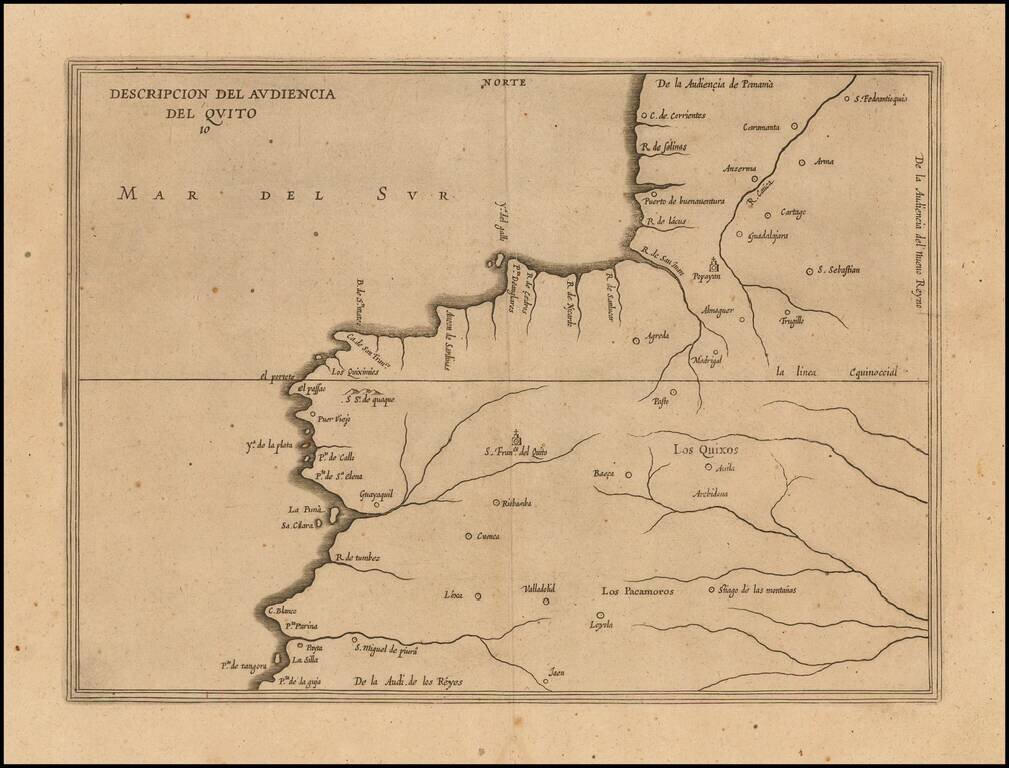