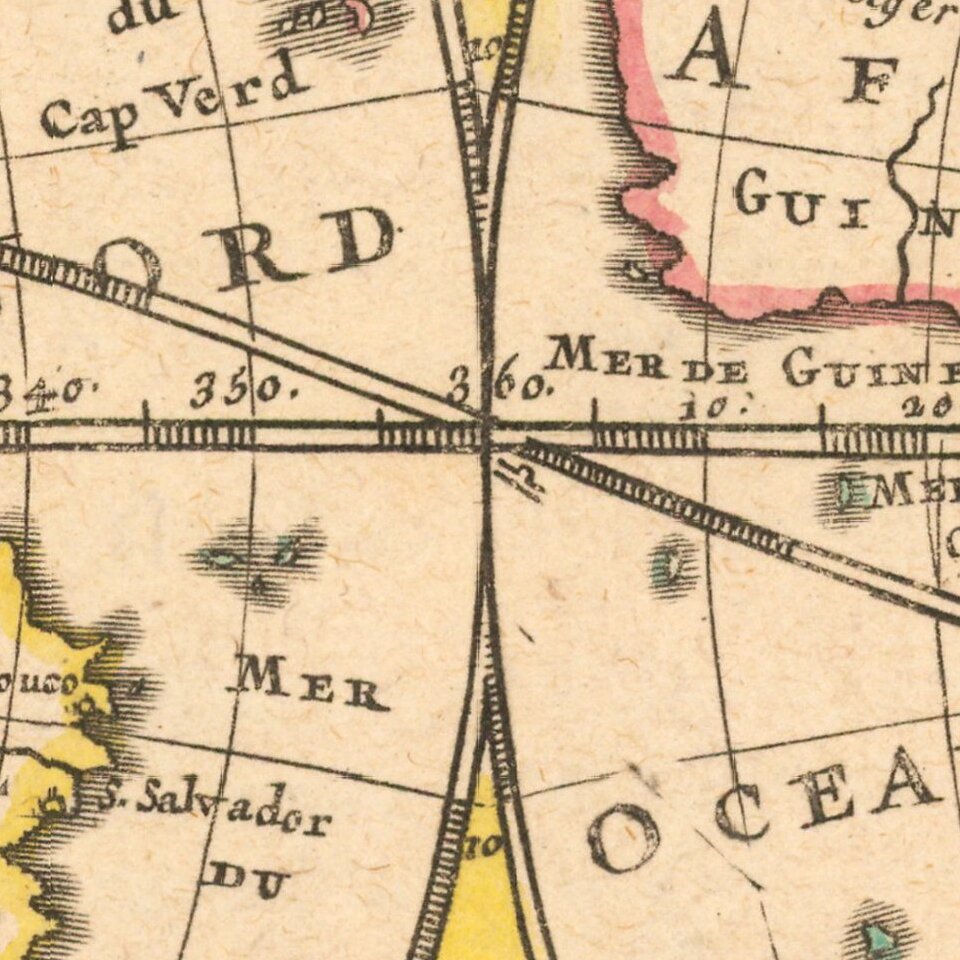 With Portraits of the Great Explorers

Decorative map of the World depicting both the Western and Eastern Hemispheres.

In the west, the map shows California as an Island, the Northwest Passage, an interesting misprojection of the Great Lakes, and the Mississippi far west of its correct location. In the east, a partial Australia with New Guinea attached to it is depicted, as well as the eastern coast of New Zealand.

Nicholas de Fer (1646-1720) was the youngest son of Parisian print and map seller, Antoine de Fer [d.1673]. He became an official geographer to both French and Spanish kings. Nicholas de Fer was one of the most prolific and influential French geographers and cartographers of the late 17th and early 18th Century.

Nicholas de Fer (1646-1720) was the son of a map seller, Antoine de Fer, and grew to be one of the most well-known mapmakers in France in the seventeenth century. He was apprenticed at twelve years old to Louis Spirinx, an engraver. When his father died in 1673, Nicholas helped his mother run the business until 1687, when he became the sole proprietor.

His earliest known work is a map of the Canal of Languedoc in 1669, while some of his earliest engravings are in the revised edition of Methode pour Apprendre Facilement la Geographie (1685). In 1697, he published his first world atlas. Perhaps his most famous map is his wall map of America, published in 1698, with its celebrated beaver scene (engraved by Hendrick van Loon, designed by Nicolas Guerard). After his death in 1720, the business passed to his sons-in-law, Guillaume Danet and Jacques-Francois Benard.