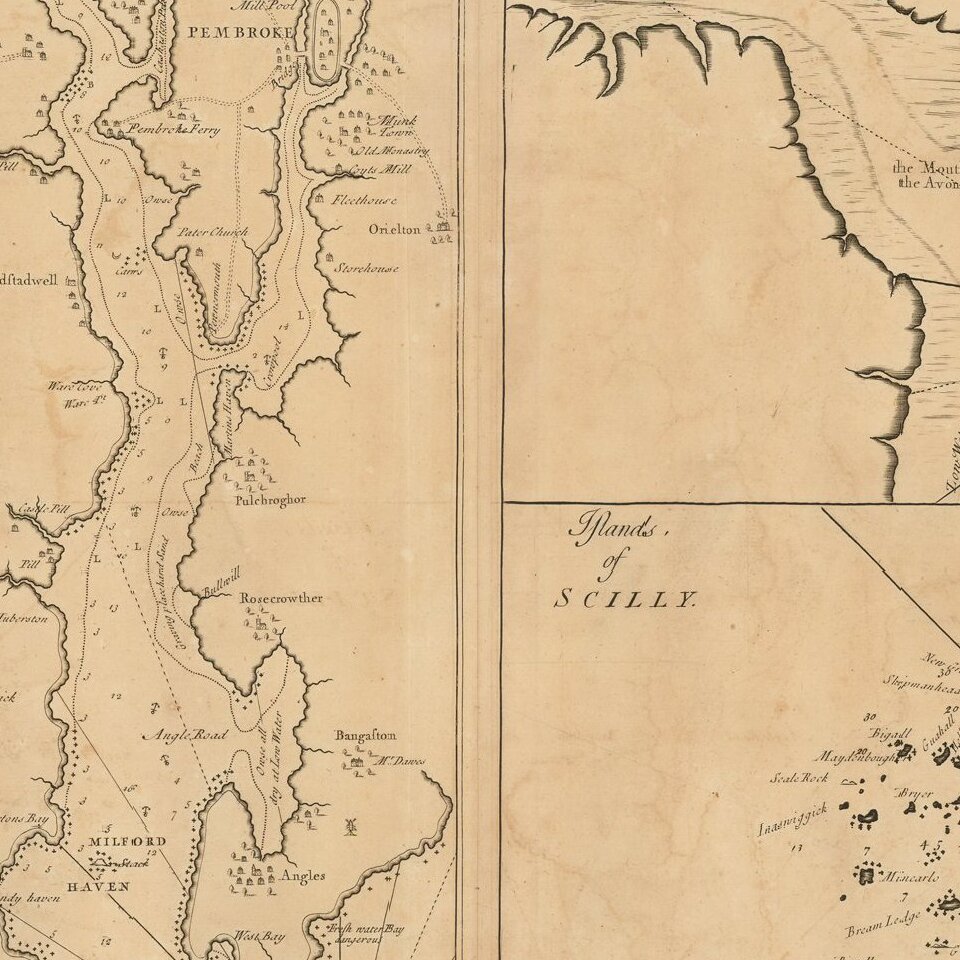 A fascinating and detailed chart of Milford Haven, in Wales, as well as the mouth of the Severn, also in Wales. The third chart is of the Scilly Islands, off Cornwall.