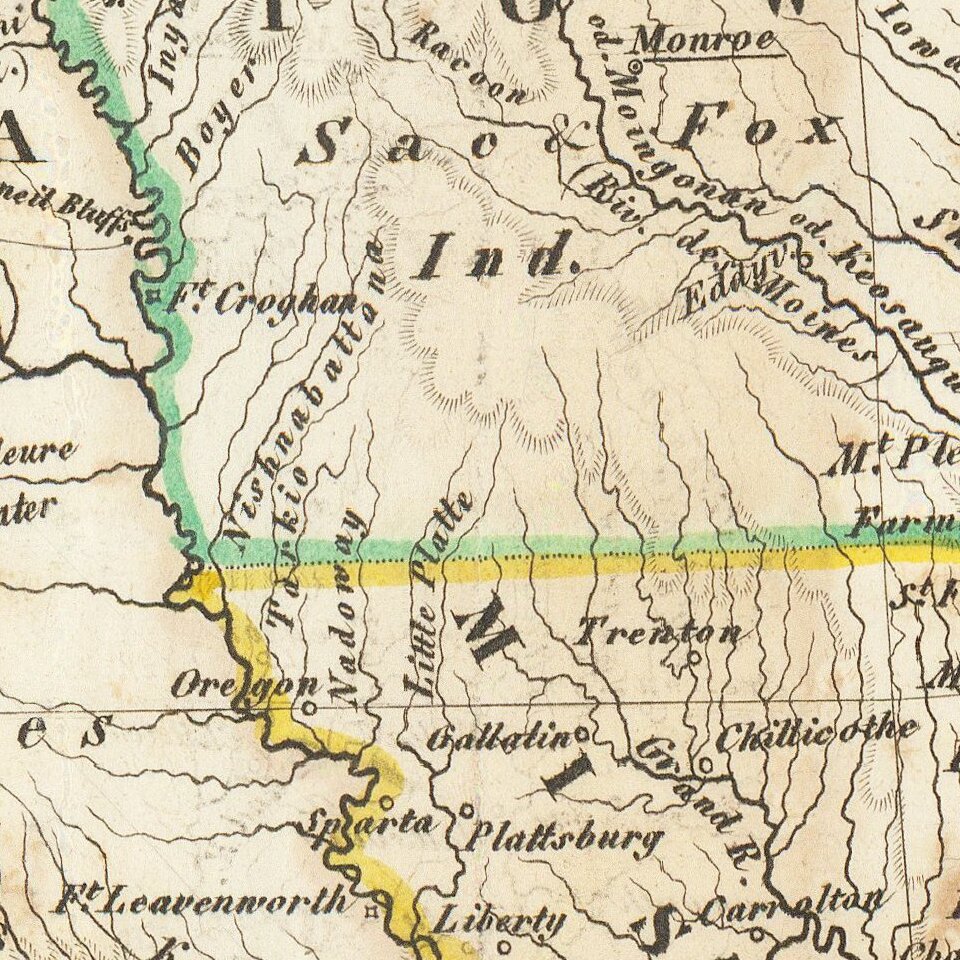 A Rare Depiction of Deseret

Detailed map of the United States, including the Mormon State of Deseret and an alternative name for Utah Territory, which is also shown newly divided from New Mexico Territory, to the south.

Northern Texas has also been significantly improved and corrected from the prior edition, which showed the northern section 2 degrees too far to the east.

The map has been modified from the prior year, when "Deseret oder Utah Territory" ran the entire distance to the Mexican Border and also included Southern California.

The provisional State of Deseret was founded in 1849 by Latter-Day Saint settlers in the Salt Lake city area. Brigham Young sent John Milton Bernhisel to Washington, D.C., to petition for territorial status, but later, in March 1849, elected to change the petition to a request for Statehood. The proposed state covered most of the lands from the Rocky Mountains and Oregon Territory to Mexico, extending west to the Sierra Nevadas and south to the Santa Monica Mountains, including Los Angeles and San Diego.

While the provisional government met for several years, Utah Territory was formally created in 1851.

This state of the map is very rare on the market. This is the first example we have offered for sale.