1805. Nautical Map Intended for the use of Colonial Undertakings on the W. Coast of Africa from from Lat. 6° 15' to Lat. 14°N, Originally constructed by the late C.B. Wadstrom: but altered and amended, by Captain Philip Beaver to illustrate his African Memoran

Nautical Map Intended for the use of Colonial Undertakings on the W. Coast of Africa from from Lat. 6° 15' to Lat. 14°N, Originally constructed by the late C.B. Wadstrom: but altered and amended, by Captain Philip Beaver to illustrate his African Memoran information: 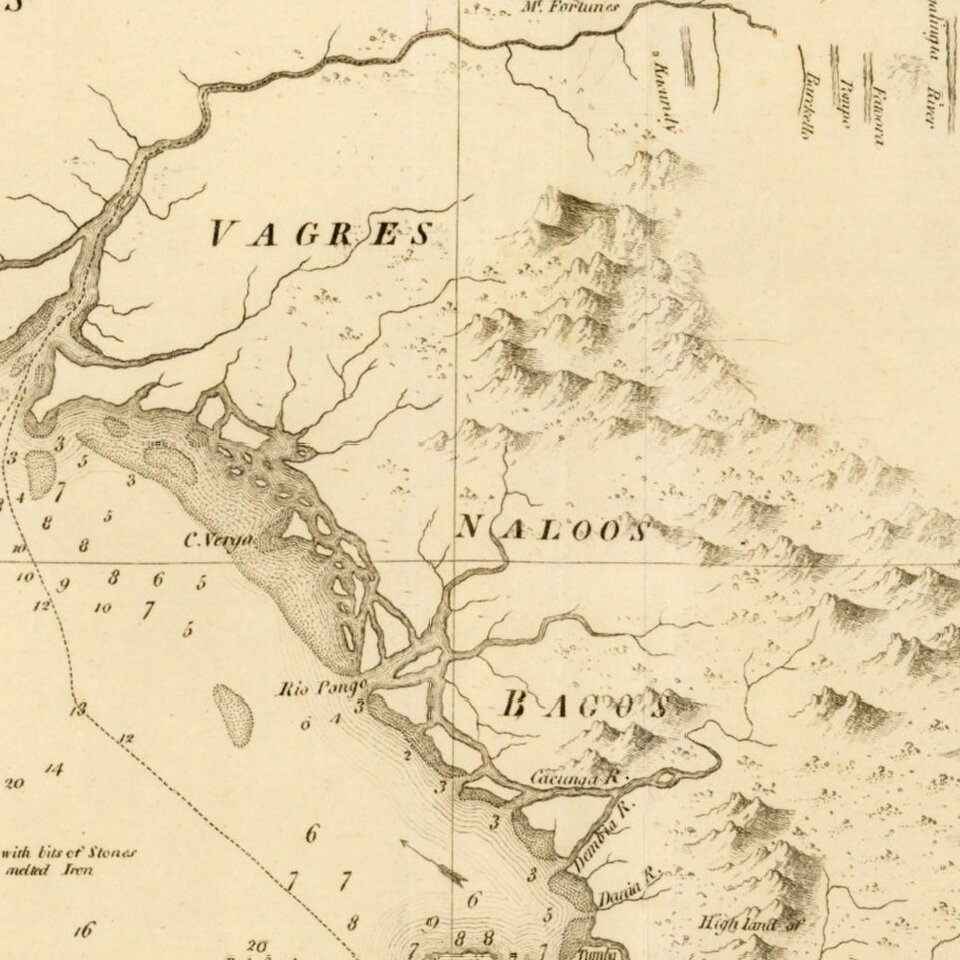 Detailed map of the region bounded by the Gambia River in the north and Cape Mezurado (Liberia) in the south, covering the countries of Gambia, Guinea, Sierra Leone and part of Gambia, which appeared in Captain Philip Beaver's A frican Memoranda: Relative to an Attempt to Establish a British Settlement on the Island of Bulama, on the Western Coast of Africa, in the Year 1792. With a Brief Notice of the Neighbouring Tribes, Soil, Productions, &c., published in London, C. & R. Baldwin, 1805.

Philip Beaver (1766 - 1813) was an officer of the Royal Navy, serving during the late eighteenth and early nineteenth centuries. In 1791, Beaver participated in a scheme for colonizing the island of Bulama near Sierra Leone. He departed England on April 14,1792, but the affair quickly ran into difficulties. The settlers were described as idle and dissipated. Beaver was in command of the Hankey, a small ship with sixty-five men, twenty-four women, and thirty-one children, mostly seasick and all useless. Even after their arrival discipline was non-existent, the directors of the project quickly lost heart and returned to England.

Beaver was left in command and spent the next eighteen months attempting to make the settlement a success. Most of the colonists died and the remainder abandoned the colony in November 1793, and made their way to Sierra Leone. Beaver went too, and obtained passage back to England, arriving at Plymouth on 17 May 1794. In 1805, he published an account of his experiences entitled African Memoranda which contained his thoughts, which were anti-slavery in nature.