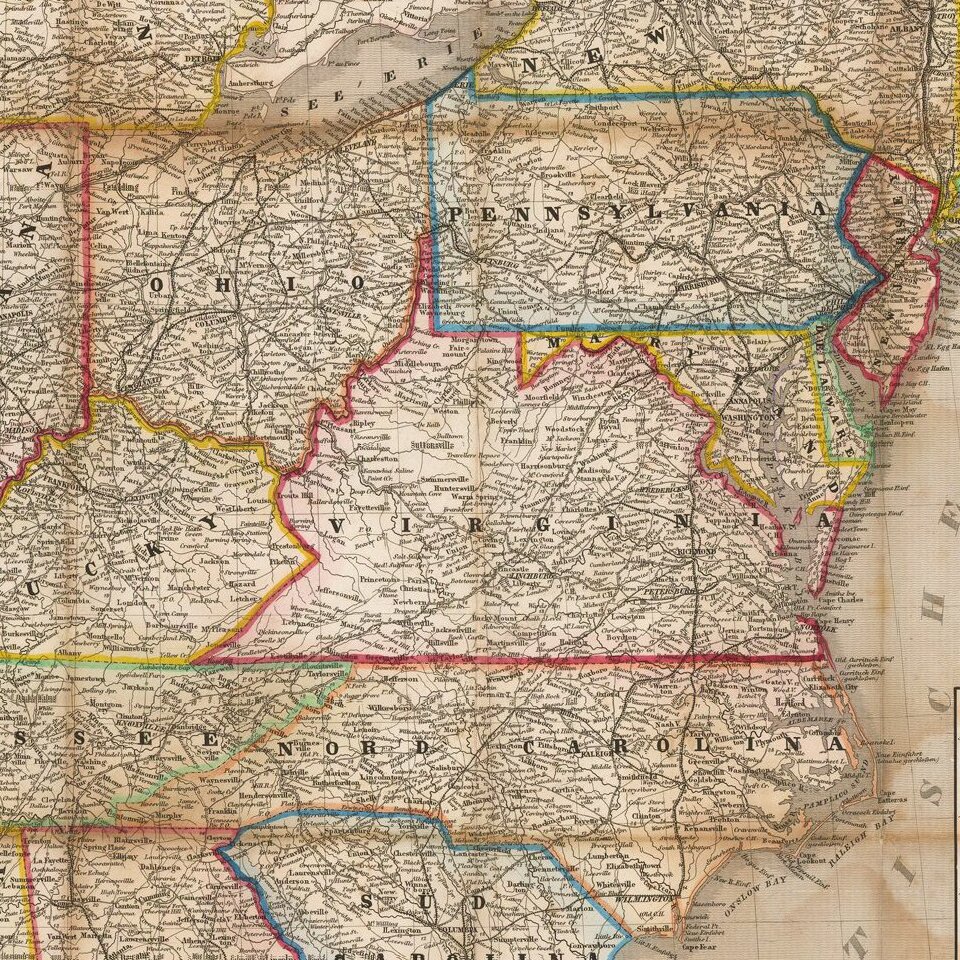 While later versions of the map are recorded, this 1852 edition is extremely rare, especially with the original slip case.

This map was undoubtedly used by emigration agents and others in Germany to induce people to move to the expanding western regions of the United States, such as Texas, California, and Oregon. The chief feature of the map relating to the West is the large inset map showing routes to California and Oregon.

No doubt the recent discovery of gold in California made this map even more useful and desirable. The insets are particularly interesting since they show the two main arrival ports in some detail and the overland routes to Oregon, Sacramento, and Los Angeles. Texas extends as far west as Goliad. New Mexico is labeled "Santa Fe" and reaches almost to Fort Laramie.

The map includes a number of insets, including:

Not in Phillips, who lists the 1853 version that appeared in Trautgott Bromme's 1853 guide (p. 903). We locate copies at the Huntington Library.