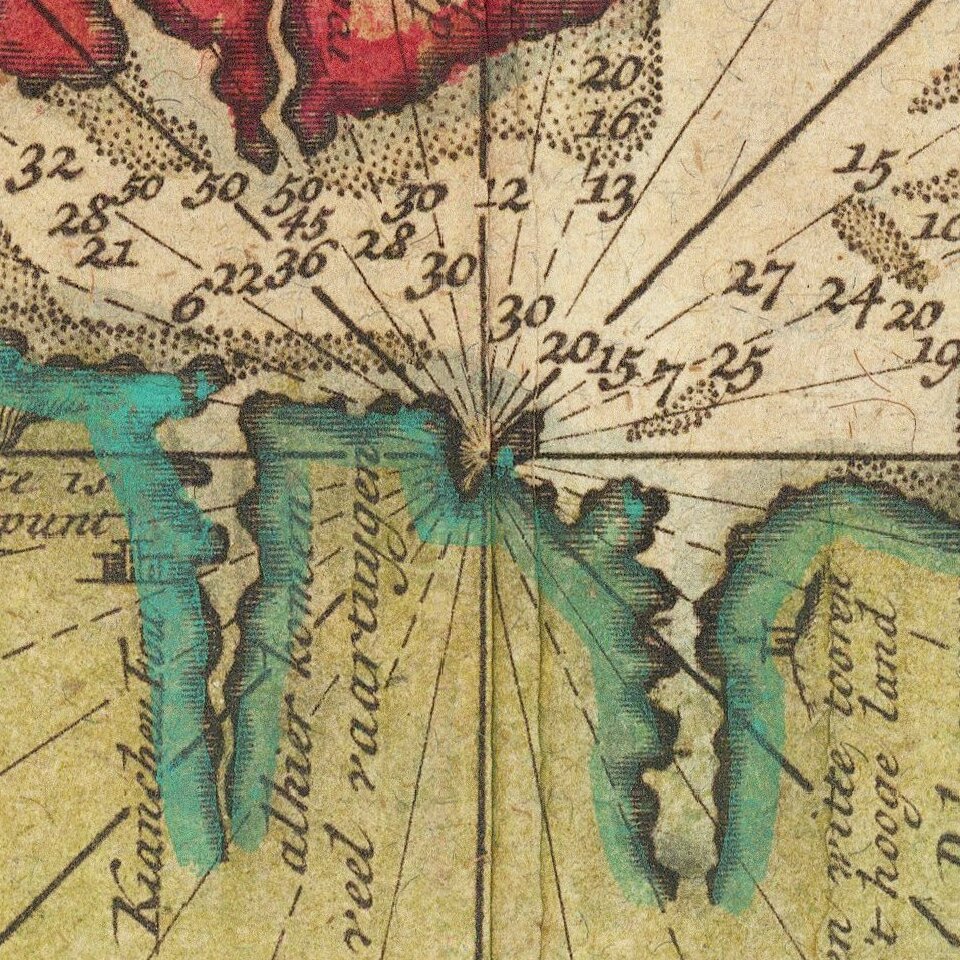 The chart was made for and used by the VOC (Dutch East India Company) for navigation and trading, with a compass rose with rhumb lines, depth indications and other relevant navigational details. The chart show anchorage places and some individual buildings near the coast.

The chart appeared in volume VI (1753) of Johannes II van Keulen's Zee-Fakkel, he so called "secret atlas" of the VOC. For two centuries, from 1602 to 1799, the Dutch East India Company (VOC: Vereenigde Geoctroieerde Oostindische Compagnie) ruled the waters of Asia and Africa. Accurate charting of these waters was essential for successful and safe navigation.

The VOC had their own mapmaking office. During the first 150 years, only secret manuscript charts were used, to minimize the risk of spreading the knowledge to competitors.

From 1753 onwards, a printed atlas was used, with printed charts to navigate the waters from South Africa to Japan. The atlas was produced by Johannes (II) van Keulen, official hydrographer to the VOC, and was officially known as Part VI of the Zee-Fakkel (Sea-Torch). The atlas is known as the secret atlas because it was not sold and only used by VOC ships.

In addition, the number of charts in the atlas is often limited because ships that did not sail to India/Ceylon or China/Formosa/Japan were given restricted versions of the atlas that did not contain the charts of these areas.