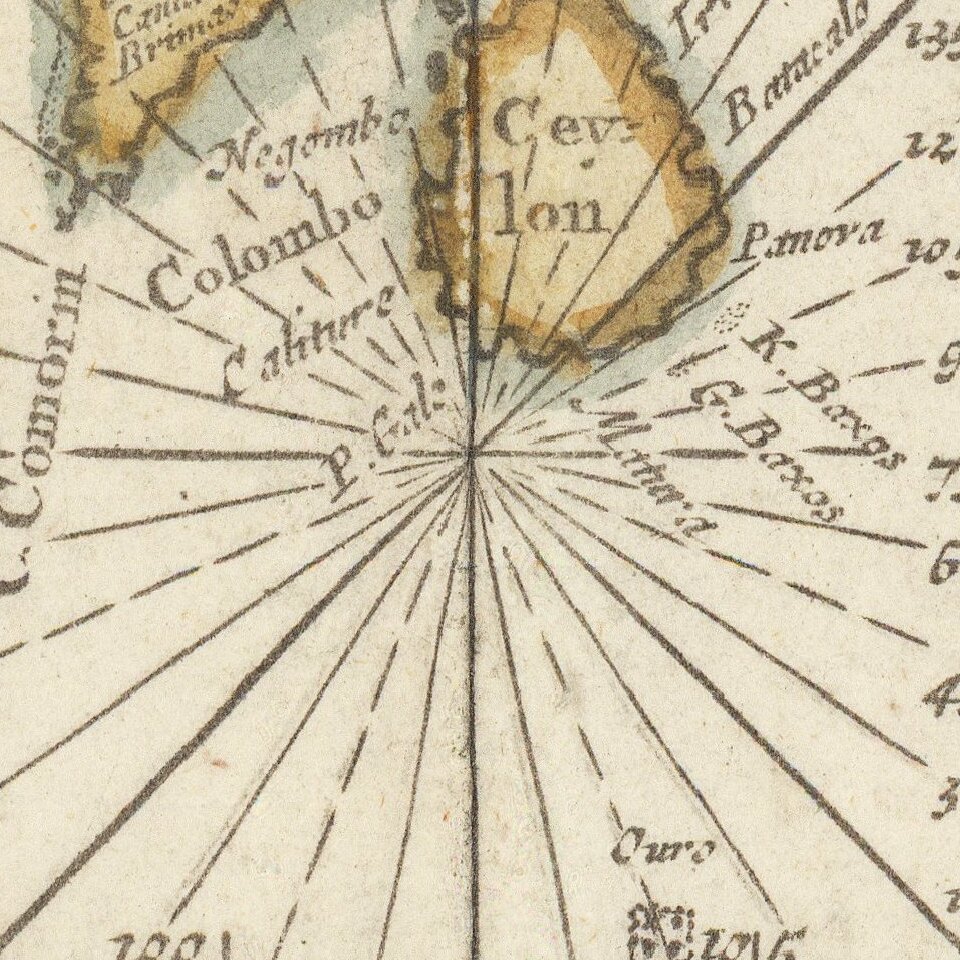 A Rare Dutch Chart of Southeast Asia, Australia, and the Indian Ocean

A beautiful example of this rare sea chart of the Indian Ocean, Australia, etc., published in Amsterdam by Johannes Van Keulen.

The chart appeared in Van Keulen's rare Maritime Atlas, which was intended for use at sea by the mariners of the Dutch East India Company (VOC). Printed on thick paper to withstand the elements, it is one of the best and most important working charts of the period.

The chart covers the coast of Africa to New Guinea, and from North to South, Mongolia, Korea, Japan, the Philippines to Australia, horizontal and vertical graticules, two decorated compass roses, rhumblines, decorative figurative cartouches, one with the title, the other with the colophon, elephant, and galleons.

The depiction of Australia is in the classical post-Tasman configuration, depicting the state of exploration in the region up to 1680.

The cartouche at the top is similar to Otten's later sea chart of the region. The second cartouche provides the name and address of the author and is surrounded by dolphins and European traders.

This present example is the first state of the chart (dated 1680), which was re-issued in 1689. Both states are rare on the market.