1728. [North Pole] A Globular Draught from the North Pole to the Latitude of 60 degrees.

[North Pole] A Globular Draught from the North Pole to the Latitude of 60 degrees. information:

Notations give dates of the discovery of a Greenland to the north of Scandinavia. This is actually Svalbard, which was then called Greenland in addition to the larger island to the west. The larger Greeland is attached to what is now Canada here, showing that the far North was still under examination by explorers and geographers.

Notes of exploration are also on continents and the islands. The unusual projection is attributed in the title page of the atlas to Edmund Halley. This is an uncommon and intriguing chart. 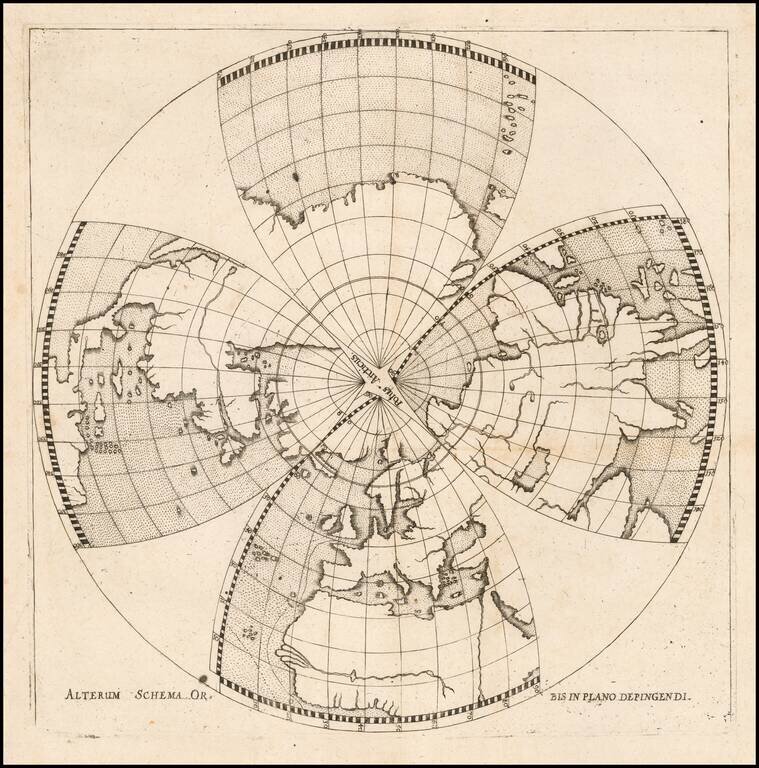 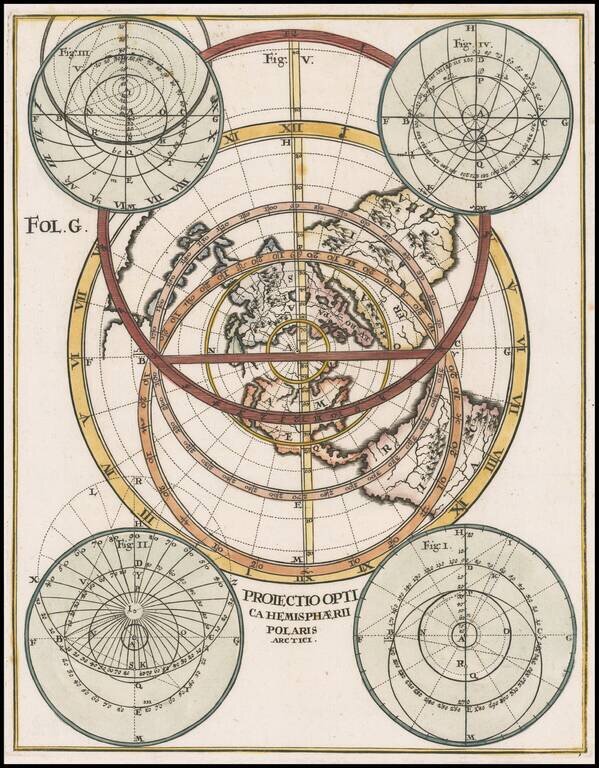