(Nothern Half) [Bancroft's Map of the Pacific States] information:

Previously Unkown 1863-64 Second State. "Bancroft's, in scope, was probably the most important map yet produced by a publisher of the Pacific coast." - Streeter (TMW 1061)

Two northern sheets of an engraved proof of the previously-unknown 1863 second state of H.H. Bancroft's Map of the Pacific States. This second state substantially modifies the northeastern sheet, which covers the newly-created Idaho Territory. The first state of 1863 depicts Dakota Territory and Washington Territory extending over all of what is today Idaho and Montana. That map is extremely rare, with copies known only at the Library of Congress, British Library, and UC Berkeley.

The detail in Idaho is exceptional, showing the "Proposed Route of the Northern Pacific Railroad", "Mullan's Wagon Road from Walla Walla to Fort Benton (624 Miles)", and Mullan's proposed New Emigrant Route to Washington Territory and Oregon, along with the old Oregon Trail (Emigrant Route to Oregon) along the Snake River.

The map illustrates the area on the eve of the Snake War.

The map also labels "Gold" between the American Fork and Flint Creek off the Hellgate River in present-day Montana.

Interestingly, when producing this map for commercial purposes, Bancroft would have transferred the image to a lithographic stone, which was more durable for mass-printing. This map, however, was printed directly from the engraved plates and was used in Bancroft's shop for manuscript corrections, of which there are several (see, for instance, Eugena Bay and the modified Columbia River west of Portland).

The extreme rarity of this second state should not come as a surprise; this configuration with the very large Idaho Territory only lasted for a short time until Montana Territory was created in 1864.

There is an 1864 edition, with copies at the Bancroft Library, UC Davis, and California Historical Society, but no copies illustrated for comparative purposes. We also own a lithographed version of the state immediately after this one, which includes the inset map of Hawaii. 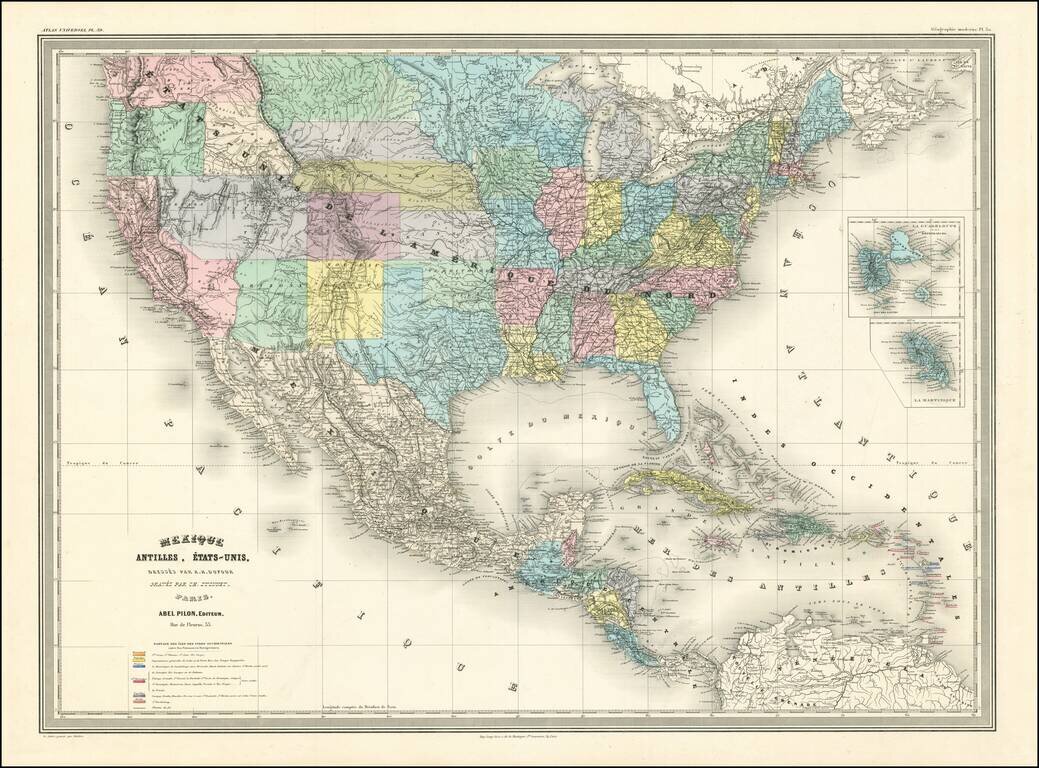 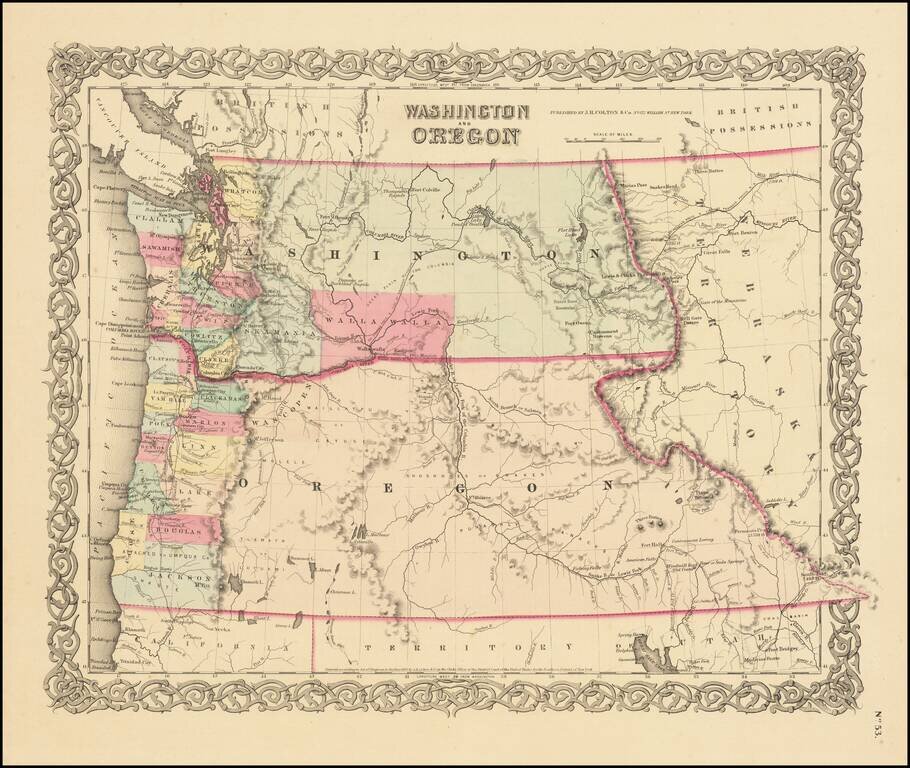 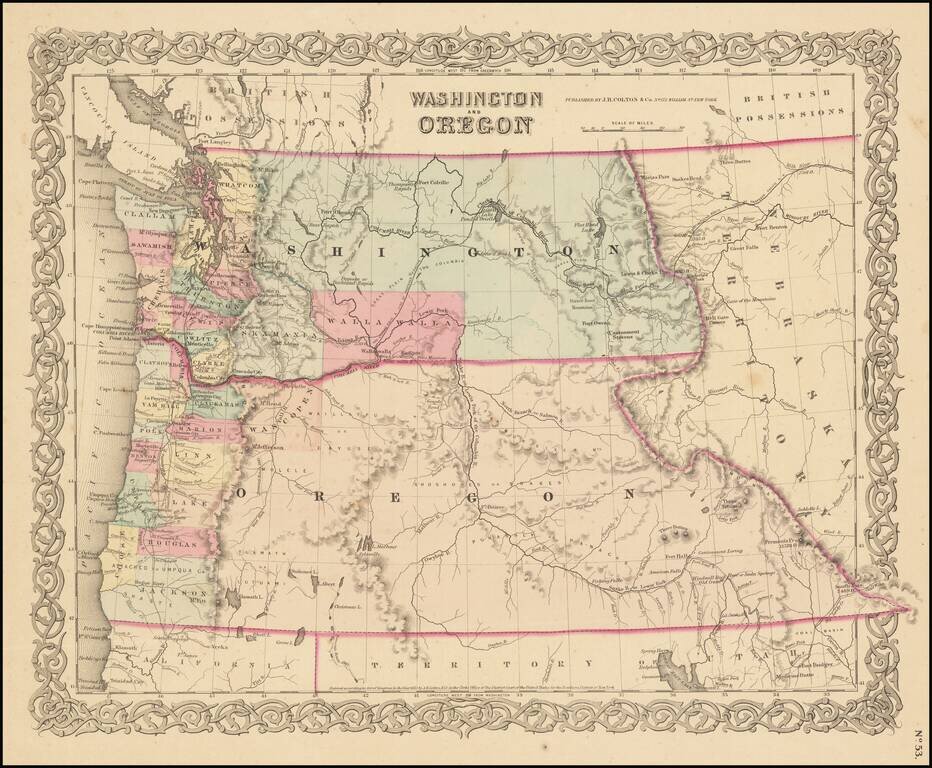