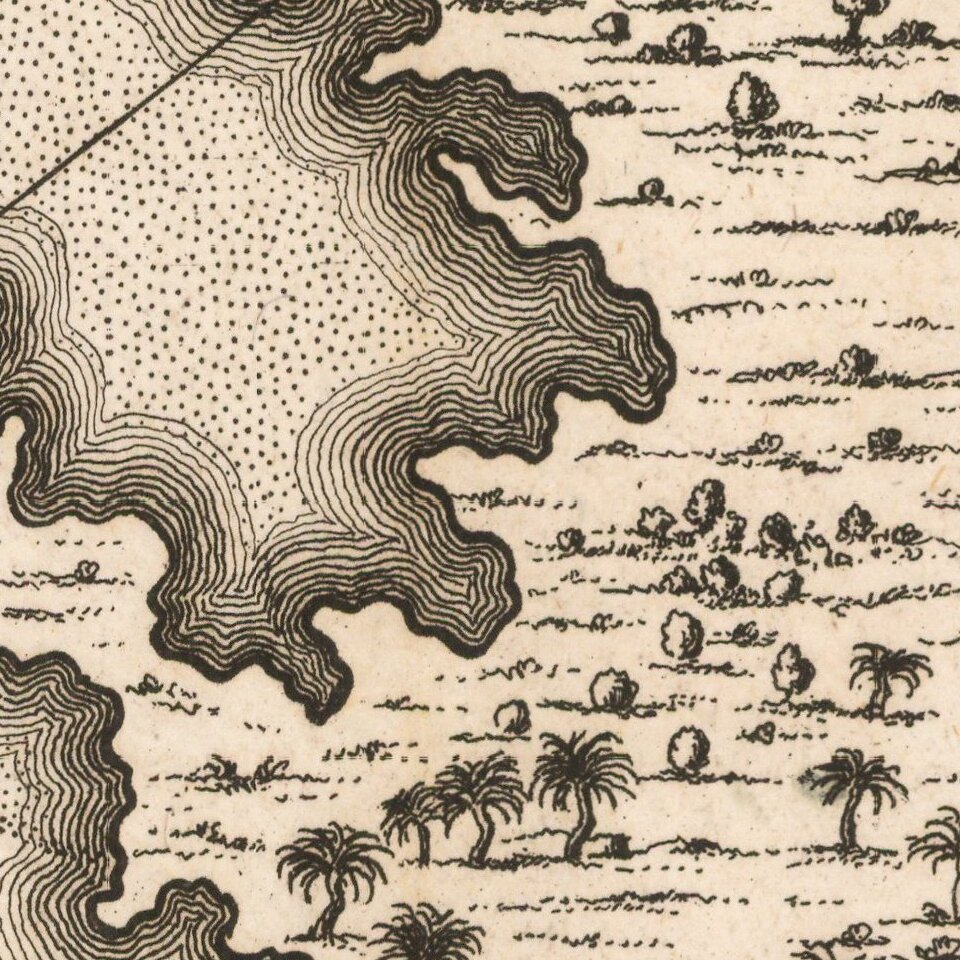 Rare German plan of the siege of Cartagena (Cartagena de Indias), by the Vice-Admiral Vernon , in 1741, probably drawn after Harding and Toms chart, and published the same year.

The map states that it is based upon an English original of 1741 and has both French and German text. The map describes the events of March 1741 when the city was attacked by the troops of the English admiral Edward Vernon. He had arrived at Cartagena with a large fleet of ships and men. After weeks of intense fighting, the siege was repelled by the Spanish commander, General Blas De Lezo and his forces, who inflicted heavy casualties on the English troops.

The Siege was a massive amphibious military engagement between the forces of Britain under Vernon and Spain under Admiral Blas de Lezo and Viceroy Sebastián de Eslava in March 1741. It was the most significant battle in the War of Jenkins' Ear and one of the largest naval campaigns in British history. The battle ended in a major defeat and heavy losses for the British: 50 ships lost, badly damaged or abandoned for lack of crew and losses of 18,000 soldiers and sailors, mainly due to disease.

Pfeffel's plan shows the positions of the British and Spanish troops and the boats sunken by Blas de Lezo. The cartography and iconography of the siege of Cartagena is very rich, in large part due to the fact that the British started to celebrate the victory of the battle before learning that it had been a failure.

Includes a key of approximately 20 battle notes, along with forts, batteries, ships in the harbor and off the coast, soundings and other details.

The plan is extremely rare. We note the example offered by Jonathan Potter in 2008.