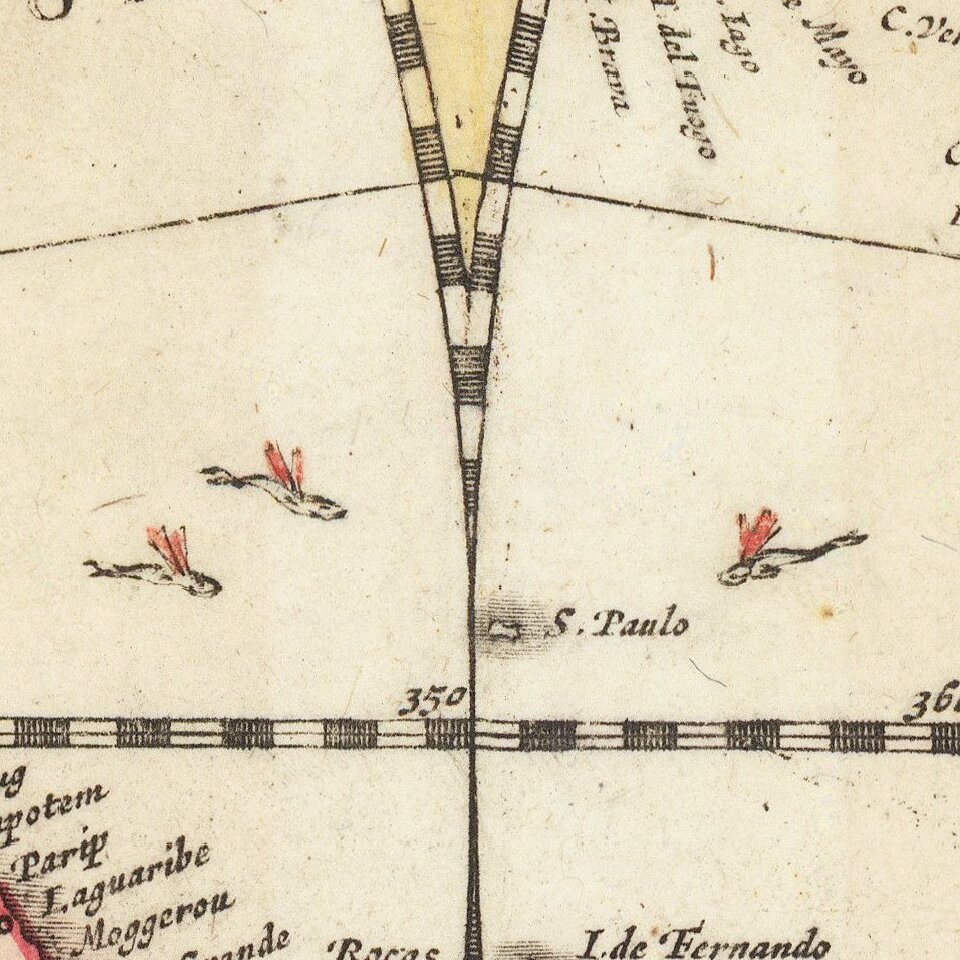 Finely colored example of Johannes Blaeu's scarce double hemisphere map of the World, originally prepared by Joan Blaeu for his Atlas Maior in 1662. The map was also included in contemporary composite sea atlases of the period, by Goos and others. Unlike Blaeu's first world map which appeared in the majority of his atlases and was done on the Mercator projection, here Blaeu utilizes a double hemisphere format and depicts California as an island.

This double hemisphere map was prepared at the end of the firm's publishing history and is much rarer than its rectangular predecessor. The engraving, layout, and elegance of decoration are all of the highest standard. The map depicts celestial figures seated among the clouds and representations of the four season below, with each figure seated in a chariot drawn by beasts and birds. Because of the relative scarcity of this map and Blaeu's prominence as one of the most influential and decorative map makers of the Golden Age of Dutch Cartography, this map has become especially sought after by collectors and increasingly scarce on the market.

Recently, a variant plate of the Blaeu double-hemisphere map has been discovered, the present example is the standard atlas version. The sea atlas variant can be distinguished by the following characteristics: It includes two sailing ships off the west coast of South America and one ship off the southeastern coastline of South America. The ship below Australia is not present. The three flying fish at the center of the map in the Atlantic are also missing in the variant version of the map. Moreover, a close comparison of the two maps shows many differences, too many to describe, but clearly the result of having been printed with two different plates, not simply revisions to the same plate.