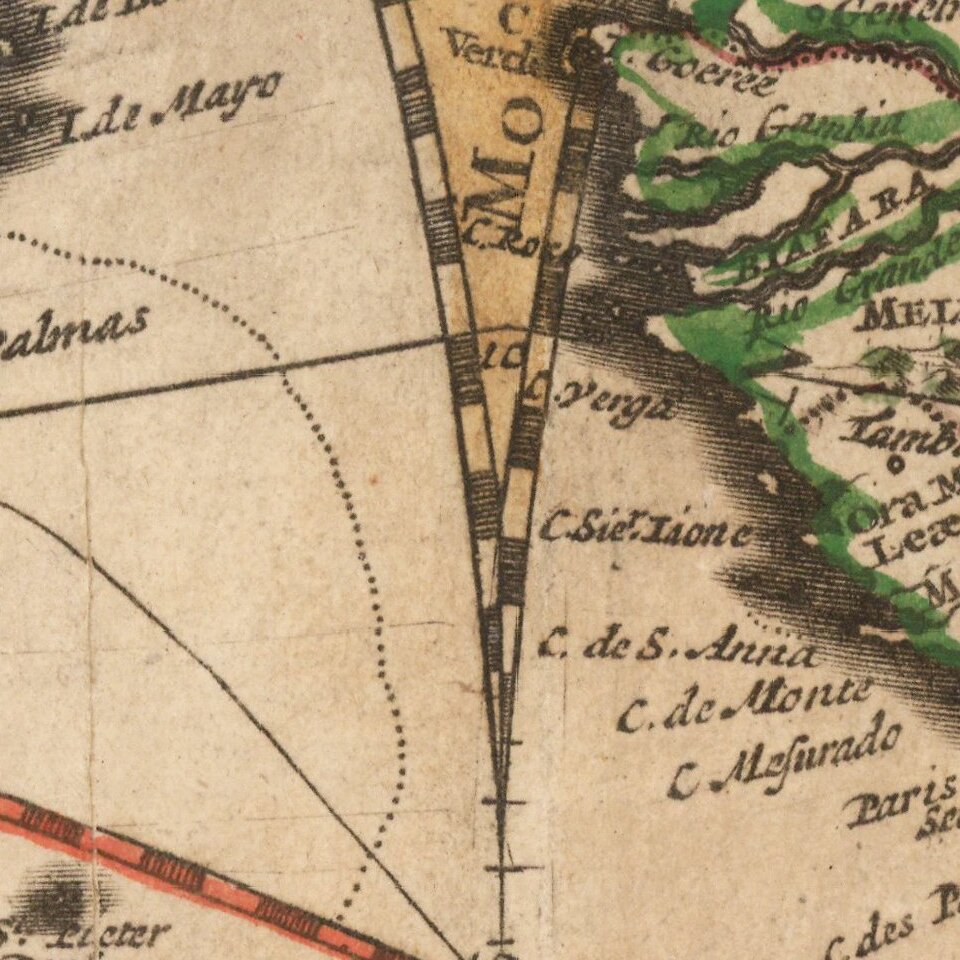 The map includes an unnamed set sailing tracts. California is shown as an island. The Mississippi River and Great Lakes are based upon early 18th Century French sources.

A strange pair of coastlines appear in the northwestern part of the Western Hemisphere, likely relating to Compagnie Land and Terra Iesso, which appeared on many 17th maps to the northeast of Japan.

An incomplete Australia is shown, lacking a southern and eastern coastline, and a single New Zealand Coastline is shown, based upon Van Diemen's discoveries and a small unnamed section of the mythical southern continent remains to the west of the Straits of Magellan.

This stretch of land is identified as the land discovered by the Spaniard Hernando Galego in 1576, as sent to the region by the King of Spain. This is an inaccurate reference to the Mendaña expedition. Gallego served as a pilot on the 1567-69 Pacific voyage of Alvaro de Mendaña, during which the Solomon Islands and Guadalcanal were discovered, among others. Gallego grossly underestimated the archipelago’s distance from Peru, creating a misleading impression of the extent of the Pacific.