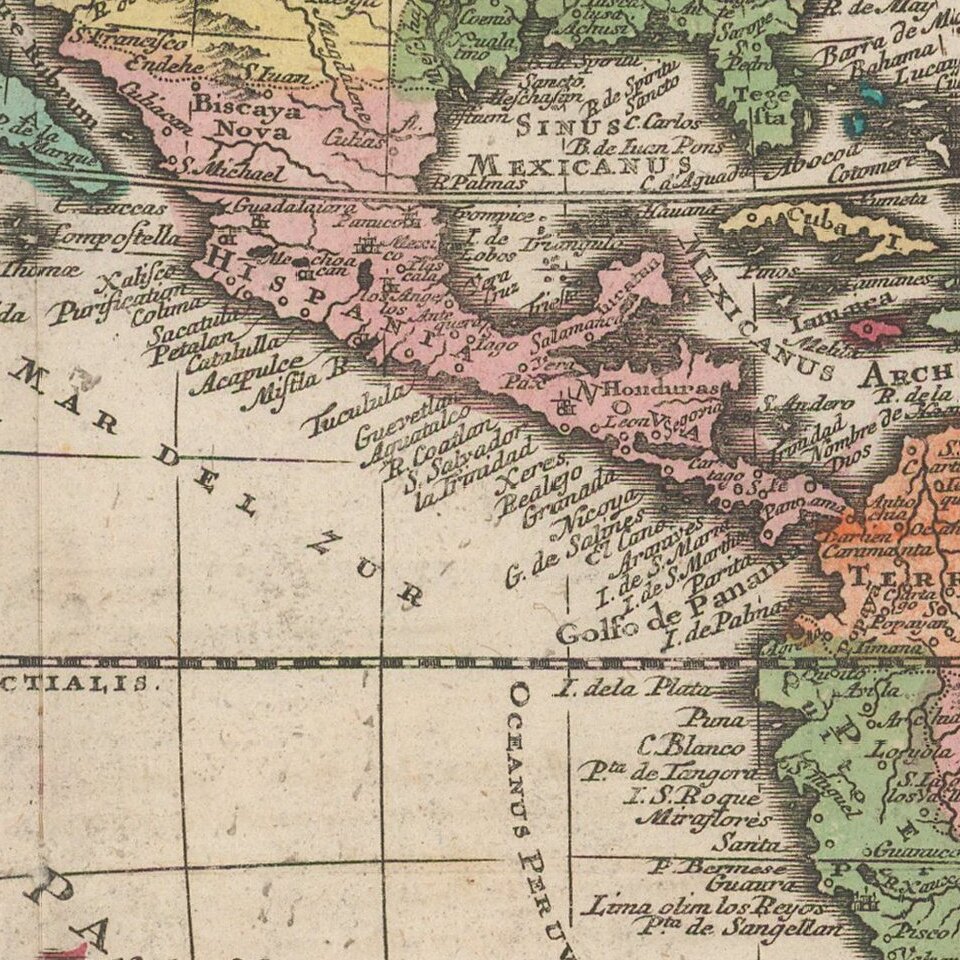 Scarce map of America, featuring a number of the most famous myths and inaccuracies on contemporary maps of the period.

California is shown as an island on the second Sanson model, including over 30 place names. The Mississippi River is shown flowing into the Gulf of Mexico near modern day Galveston Bay, based upon La Salle's erroneous reports, which De L'Isle was just correcting in his mapping of North America, circa 1700.

The map also includes the mythical Terra Esonis, a massive land bridge running virtually the entire distance between North America and Asia, a land mass which probably had some connection to early knowledge of the Aleutian Archipelago, pre-dating Vitus Bering's and Aleksei Chirikov's exploration of the region in 1741. The Fretum Aniani (Straits of Anian) are curiously configured, with no definite Northwest Passage but a completely open Northwestern interior to contemplate.

The map includes some early western Indian tribal names, of which the most interesting is the Apaches de Novajo, which are pushed north of Apaches de Xila, both of which are considerably north of the areas inhabited by the Apache and Navajo Indians. The projection of Florida is also quite interesting.

The elaborate cartouche depicts a number of Indians and a westerner in military costume, smoking a peace pipe.