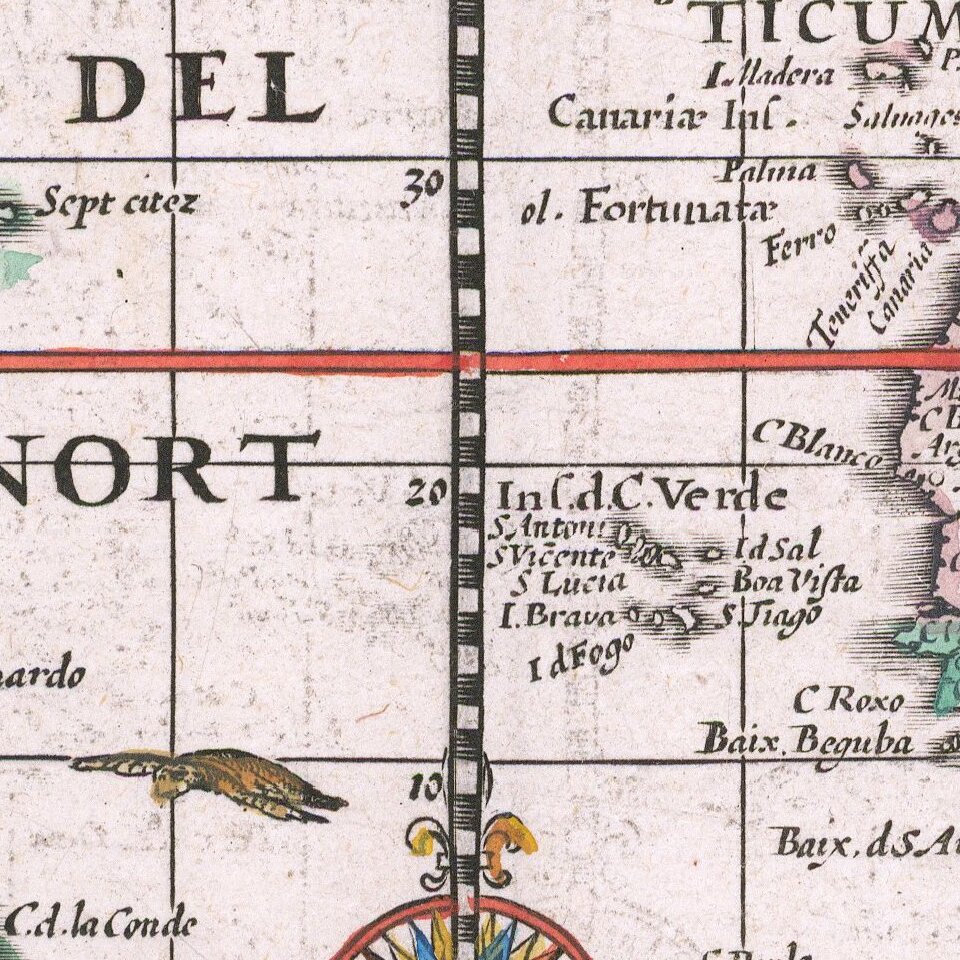 A Supreme Example of the Mapmaker's Art.

Fine example of Guillaume Blaeu's classic world map on Mercator's projection, one of the most iconic maps of the Golden Age of Dutch Cartography.

One of the finest and most famous world maps to appear in an atlas during the Golden Age of Dutch cartography. The map became Blaeu's standard world map in his atlases until 1662, when he added a double hemisphere map of the world and later a double hemisphere polar projection, which was apparently not issued during his lifetime, but was later issued by Valck.

The map's rectangular shape and regular grid of latitude and longitude lines reflect Blaeu's use of Gerard Mercator's projection which Mercator first introduced in 1569. Blaeu's map is essentially a reduced size version of his wall map of 1605, with basically identical geographical information. As is characteristic of the Mercator projection, the sizes and shapes of land masses in the polar regions are greatly exaggerated. The map is now famous for its elaborate ornamentation, embellished with ships, sea monsters, compass roses, and ornate border panels. Across the top are allegorical representations of the sun and moon and the five known planets - Mercury, Venus, Mars, Jupiter, and Saturn. The four basic elements, Fire, Air, Water, and Land, are illustrated on the left panel, while the four seasons are depicted on the right panel. The seven wonders of the ancient world are displayed in the bottom panels.

The map incorporates some of the classic early 17th Century cartographic misconceptions, including the elongated NW Coast of America, massive southern hemisphere with narrow strait between it and South America, incomplete New Guinea attached to large southern continent, etc.

States of the Map:

The present example is state 4 of the map. The states can be determined as follows: